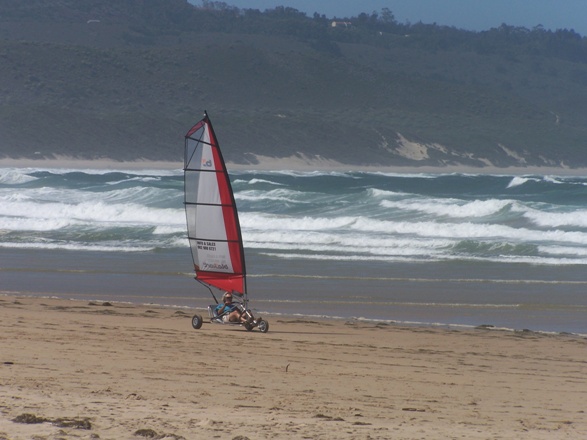 We listed the city’s myriad adventure travel offerings among our 8 Reasons to Drop Everything & Visit South Africa Right Now. Here are just five reasons why you should too:

#1: Dive with the Ocean’s Most Ferocious Predator

Does this even need a description? If you’re an adventure traveler and shark diving isn’t at the top of your bucket list, you might be setting your “need for adrenalin” level too high. Cape Town is world renowned for shark cage diving for good reason: the high season is nearly seven months long and sightings are virtually guaranteed. Cape Adventure Zone assures an almost 99% success rate and even offers a free trip in the unlikely event that you don’t see them.

Lion’s Head Mountain is among Cape Town’s most well-known natural landmarks. And the best way to see it … is to jump head-first off of it.

Cape Town Tandem Paragliding offers tandem jumps with skilled, expert paragliders for as little as R950 (around $100 USD as of December 2012). No skill or previous experience is necessary; if you can run and aren’t deathly afraid of heights, you can paraglide. 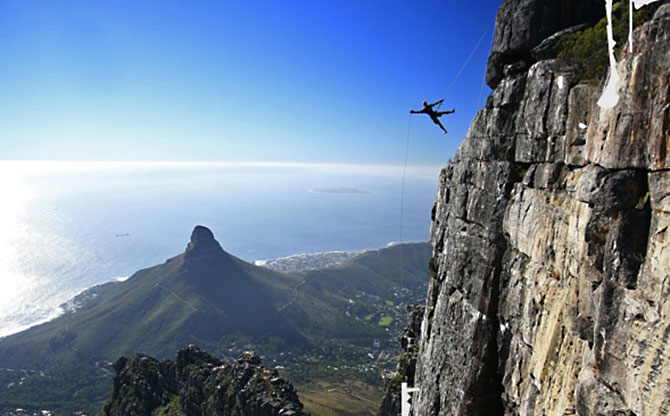 … and while you’re tossing yourself off perfectly stable rock formations for no good reason, Abseil Africa offers adventure travelers the opportunity to “step off the top [of Table Mountain], at 1000 meters above sea level and abseil into pure vertical space.” It’s the world’s original highest commercial abseil, and you can tick it off your bucket list for around R650 (excluding the Table Mountain cable ride to the top).

#4: Blokart the Beach at Highway Speeds

Blokarting on the Beach in South Africa

Sure, Blokarting might seem “tame” for hardcore adventure enthusiasts. But sitting in what amounts to a tiny sailboat on wheels, mere inches above the ground, cranking down a South African beach at up to 60 miles per hour is damn fun. Bonus: they tip over quite easily, particularly in high winds and when the driver has no idea what he’s doing (not that I know what that’s like, but I’ve heard …).

This video from the 2008 Blokart World Championships gives you some idea:

One last bucket list item to check off … just a few hours outside of Cape Town is Bloukrans Bridge Bungee — the world’s highest bridge bungee at 709 ft (216 meters)! 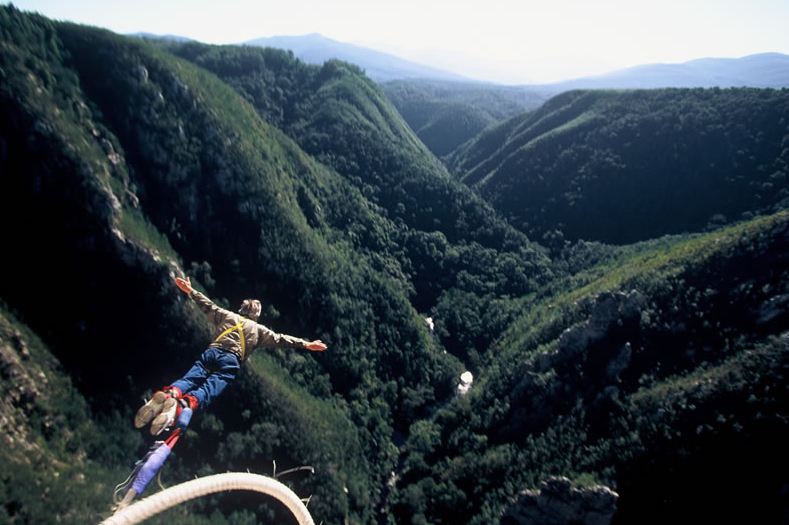 The bridge was the first in Africa to be “bungeed” when Face Adrenalin introduced the sport to the continent back in 1990. And they’ve been launching from Bloukrans since 1997 without incident.

Check out FaceAdrenalin.com for more info or read Lee Abbamonte’s first hand account of what it’s like to make the jump.