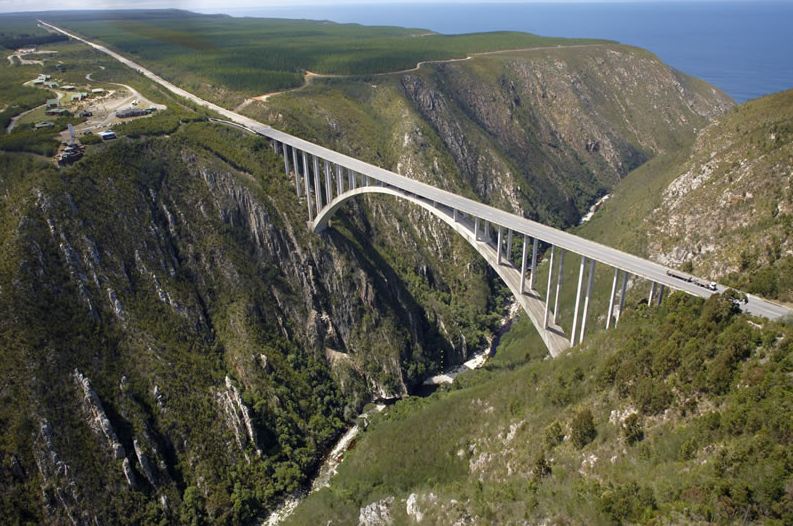 Every destination promises “something for everyone”, but let’s be honest: that’s almost always a lie. Or at the very least, an extreme exaggeration.

But South Africa truly offers scores of once in a lifetime experiences to enthrall any traveler – adventurer, foodie, historian, nature lover, culture vulture and on and on. Here are just eight reasons why you should drop everything and head to South Africa right now.

I don’t really need to sell you on this “trip of a lifetime”, do I? We highly recommend &Beyond Ngala Private Game Reserve (roughly an hour outside of Joburg by plane) – one of the few safari operators allowed inside Kruger National Park.

Safari days typically go something like this: awake for an early morning game drive, return to the lodge for breakfast, relax, lunch, afternoon/night game drive, drinks and dinner back at the lodge. Rinse and repeat. 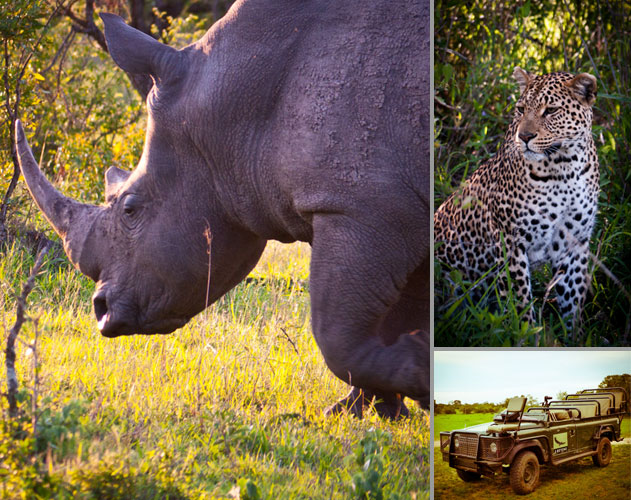 You’ll spend up to eight hours every day tracking the Big 5 and all sorts of other critters through the bush in a ruggedized, four wheel drive Land Cruiser. Professional trackers and rangers will join you on each drive to help spot camouflaged animals in the bush, track big game, and educate you about the animals and their natural habitats.

(In all my travels, I’m happy to say that my African safari ranks in my top five favorite experiences of all-time!)

Mohr Keet set a Guinness World Record as the oldest person to bungee when he jumped from Bloukrans Bridge in 2010 at the age of 96.

The bridge was the first in Africa to be “bungeed” when Face Adrenalin introduced the sport to the continent back in 1990. And they’ve been launching from Bloukrans since 1997 without incident.

If you’re a little less daring, check out Orlando Towers for a unique “urban” bungee experience that bills itself as “the world’s first bungee between two cooling towers”. You’ll dive 100 meters from a sky suspension bridge that spans the two towers. 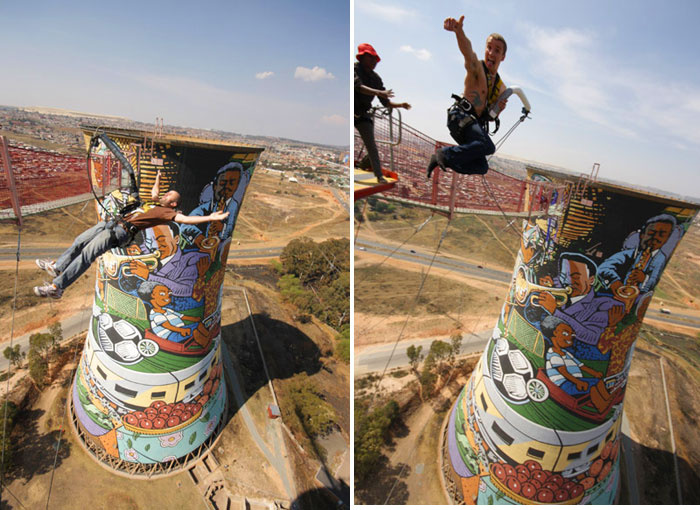 #3: Adopt a Penguin in Cape Town

“Wait … penguins? In Africa?” This was the universal response when my friends heard of Cape Town’s penguin population. It’s true! There are a number of places to penguin watch in and around Cape Town.

For the full experience, head to SANCCOB (Southern African Foundation for the Conservation of Coastal Birds) – South Africa’s premier bird rehabilitation center. Since the 1960s, the organization “has been training people to take care of seabirds” and “protects and treats seabirds affected by major and chronic oil pollution, and shares its specialist skills with the international community …” They’re happy to provide a tour of the facilities and you’re even invited to adopt one of their birds for around $50 (USD). 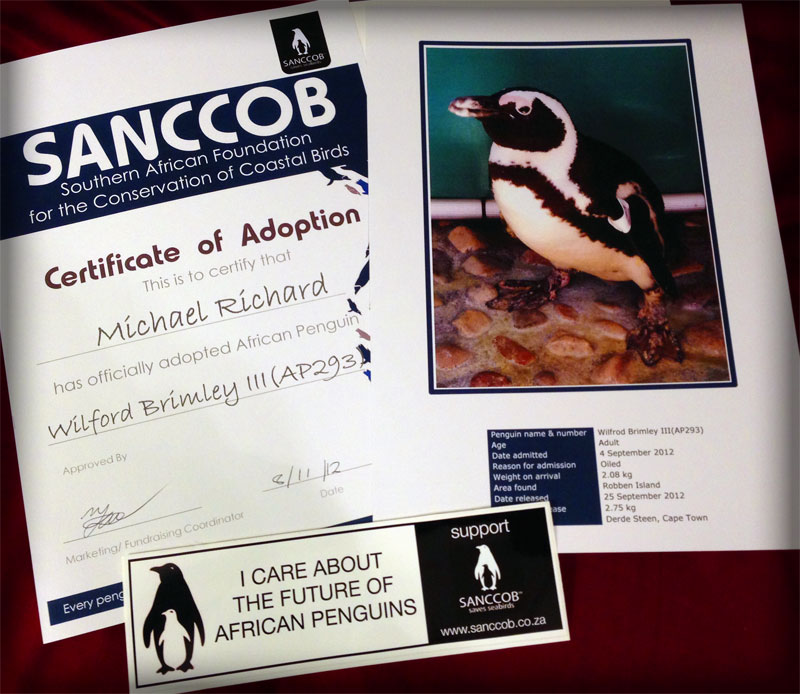 However, if you’re short on time or just want a quick great birding photo opp, head to Boulders Beach. Its one of the few places in the world where you can get truly up close and personal with a breeding colony of penguins. Like, really up close … 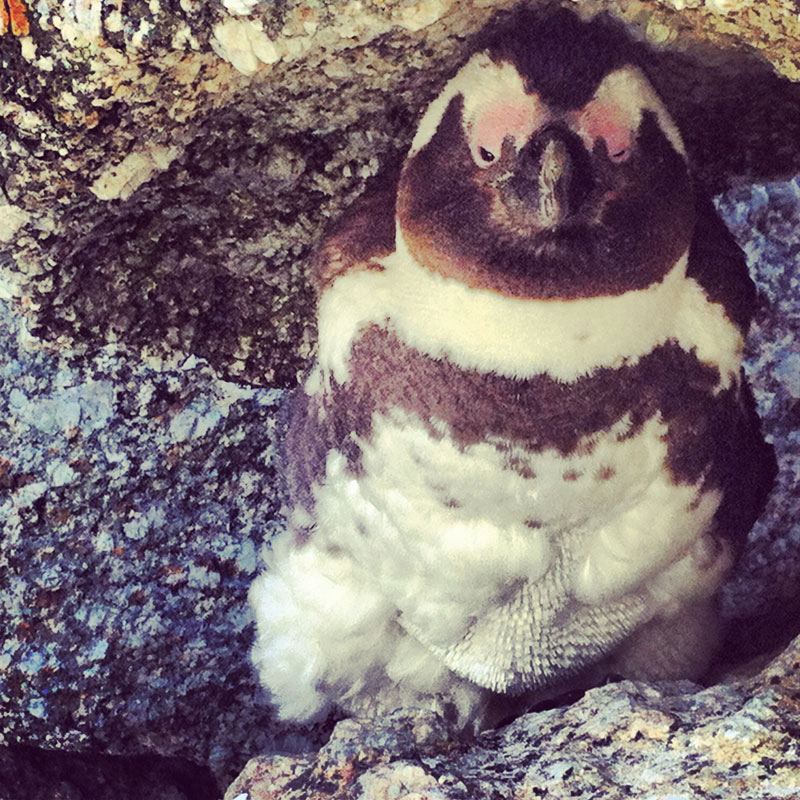 Getting the Stink Eye from an African Penguin at Boulders Beach, South Africa © Mike Richard

As part of Table Mountain National Park, you’ll pay a nominal fee to access the beach. But a stroll along the boardwalk or a swim in the (rather calm, accessible) water make it all worth while.

#4: Sleep in an Airstream Trailer … on the Roof of a Hotel

We keep our collective ear to the ground here at Vagabondish for anything travel-related and we’ve previously written about some of the world’s most bizarre hotels. But somehow Cape Town’s Grand Daddy Hotel eluded us.

It’s a luxury trailer park. On the roof of a hotel. In the middle of downtown Cape Town. 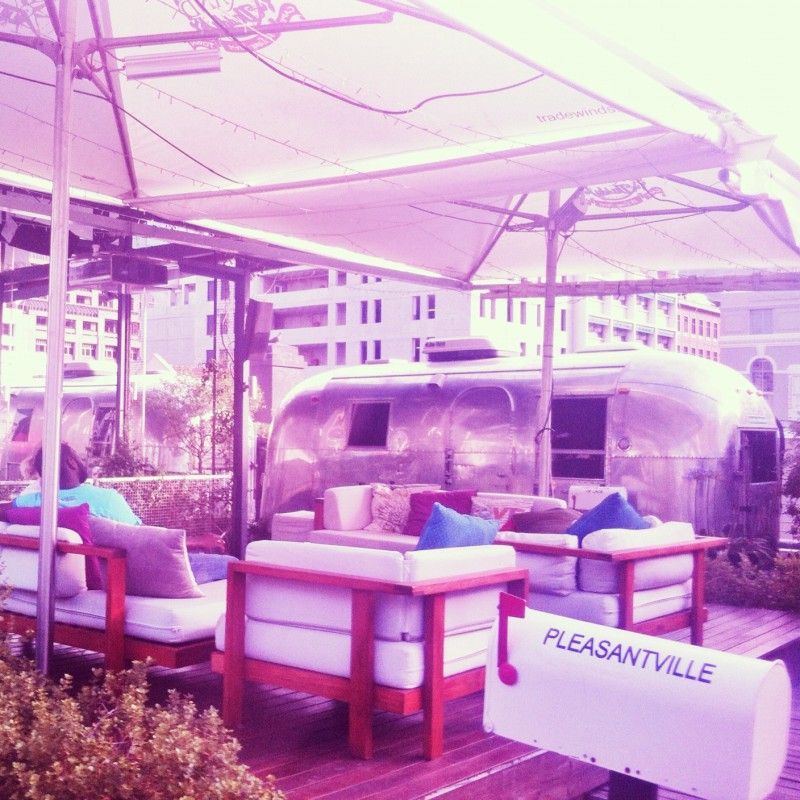 Long Street’s boisterous energy, relentless sense of humour and creative drive have been harnessed to conjure up the most unique — and creatively fun — experience you are likely to find anywhere in the city.

We’ve reeled in top local creative spirits to do the interior design of these over-the-top, tongue-in-cheek and always-surprising capsules of glee.

Indeed. Each trailer is uniquely adorned in a cheeky, retro theme. Check out the “John & Yoko” suite, featuring a record player, vintage vinyl collection, and your own acoustic guitar or “Pleasantville” – “a utopian, 1950s-style heaven, incorporating a wide variety of period-piece finishes in mint green and cherry red, decorative wall ducks, and blue melamine”.

You’ll find no shortage of world class food and wine here as South Africa features a fusion of pan-African cuisines from Morocco to Mozambique.

Joburg’s Lekgotla (literally “meeting place”) is a melting pot of cuisines from the four corners of Africa. This upscale restaurant located on Nelson Mandela Square showcases distinguished African decor and a fantastic menu of curries and various game meats.

Or, while in Cape Town, visit a winery or vineyard for lunch and a tasting experience. We highly recommend sampling the French-meets-Asian cuisine at La Colombe at Constantia Uitsig – one of the swankiest, most exclusive restaurants in Cape Town. It’s been rated among the San Pellegrino 50 Best Restaurants of the World.

Cape Town may well be the hub of South African adventure experiences. Adrenalin junkies will love the city’s myriad offerings, including paragliding Lion’s Head Mountain, shark cage diving, abseiling Table Mountain, Blokarting and on and on.

Or, for something completely different, check out Cape Town Helicopters. They offer a menu of exclusive experiences in and around the city, including Heli-Harley, safari, shark cage diving, whale watching, or you can create an entirely custom tour. 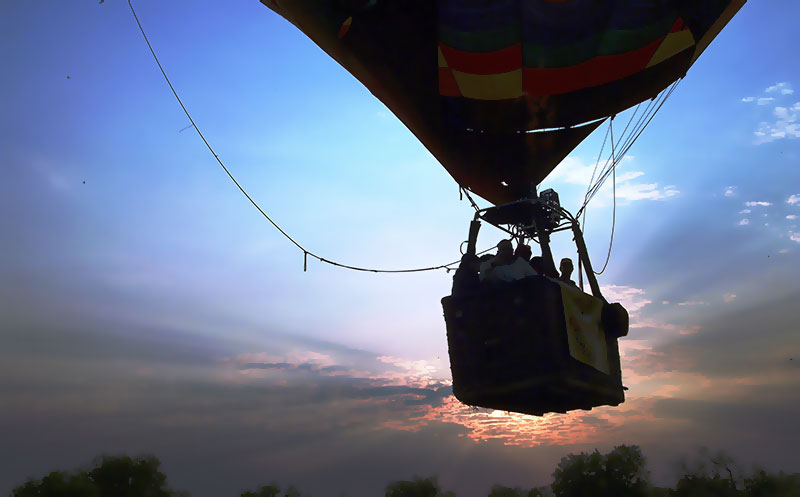 Strapped for time? If you’re interested in a “safari lite”, hop a hot air balloon for a brief, but breathtaking 1-hour safari. Just 45 minutes outside of Joburg at the foothills of the Zwartkops Mountains, Kloofzicht Lodge offers balloon safaris over the World Heritage “Cradle of Humankind” Gauteng.

#8: Explore the History of Apartheid: An Amazing Story of Human Struggle & Liberation

Few countries have survived both brutal human oppression and awe-inspiring liberation in such a brief time period as South Africa.

Through it all, Johannesburg was arguably the epicenter: it was the base for Nelson Mandela and the ANC‘s planned overthrow of the oppressive government regime, home to the Hector Pieterson riots in 1976, and the present-day townships of Soweto and Alexandra.

Begin with a tour of Liliesleaf – an interactive museum experience that honors South Africa’s remarkable heritage and the impressive trajectory of the country’s sociopolitical past. Once the headquarters of Umkhonto we Sizwe, the military wing of the ANC and the Congress Alliance, Liliesleaf is a landmark of apartheid. 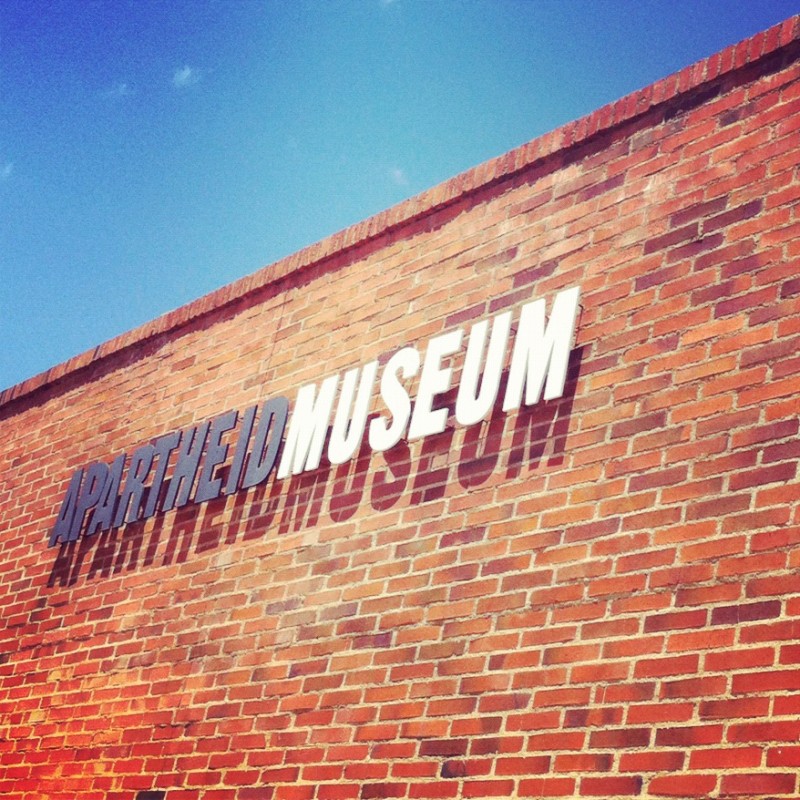 Continue on to the Apartheid Museum – widely acknowledged as the pre-eminent museum in the world dealing with 20th century South Africa, at the heart of which is the apartheid story. It’s one of the most well-done museums I’ve ever visited with a long series of fascinating exhibits that cover centuries of the country’s history. It’s extremely comprehensive and will take the better part of an afternoon, but it’s the cornerstone of any effort to understand South African history.

End with a tour of the Constitutional Court of South Africa. Established in 1994 by the country’s first democratic constitution, the duty of the court is “to uphold the law and the constitution, which is applied impartially and without fear, favour or prejudice”. This landmark embodies the true spirit of modern South Africa and where its people are headed today.