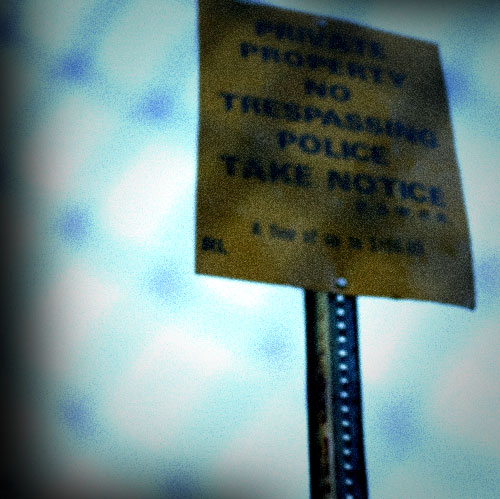 … and come back again when you can’t stay so long!

A Framingham man called in to Mike Barnicle’s show the other day remarking how introverted and, more to the point, rude the people of Boston are. He related several experiences of people out on the U.S. left coast who were much more friendly and out-going.

Barnicle replied with a “You’re tellin’ me!” response. I’m paraphrasing, but this was essentially his reply:

Have you ever been to downtown Boston? There are no street signs anywhere. Ever tried to get to Logan airport? Nothing is marked. It’s as if we’re saying to visitors, “We don’t care where you’re going. We don’t want you here!”

We’re so insular, so parochial here. Next time you’re at a coffee shop, turn to the person next to you and say, “Hi, how are you? Have a nice day.” I mean, they’ll probably call the cops and have you arrested!

This reflexive, introverted attitude is one thing I’ve never acclimated to here in New England. It’s so unlike anywhere else I’ve ever been. I’ve visited relatives in Tennessee and lived in the south; K and I have traveled throughout the Midwest – through Wisconsin and Michigan; and we stayed in Ireland for about a week and a half. Everywhere we’ve ever gone, people by and large are friendly, responsive – at the very least you get a courteous smile or an acknowledgment if someone should pass you on the sidewalk.

It’s unfortunate because living amongst the walking dead for so long has made me similar in many respects. After all, you can only take so many blank stares from passers-by or a total lack of acknowledgment from same for so long before you start to say, “Screw it, why bother?”

The Irish people’s kindhearted generosity and willingness to talk to and help complete strangers couldn’t have been more alien to us. I think I finally started getting used to it and stopped thinking they were trying to con me or work me over in some way on day nine of our ten-day trip. It took my mentality that long to decompress from living amongst such a self-centered people.

Here in the northeast, we’re so used to the “New England attitude” that it’s instant culture shock to encounter non-New Englanders with their “Hi, how are you’s?” and their “not crossing the street to fully avoid having to talk or make eye contact with you”. I jog the bike path near our house a few times a week. I smile and nod at almost every person I pass. I get a forced, uncomfortable acknowledgment from maybe one out of every five people. The other eighty percent – nothing. They don’t even pretend that someone just passed them within five feet of their face. Just vacant staring straight ahead – like creatures out of Night of the Living Dead.

I had a kind lady smile at me the other day as I rode past her. I wanted to give her a balloon or a hug just for being so warm and … [gulp] human. But I’m sure she was just trying to get close enough to me to pick my watch.

How do people become so insular? Any fellow New Englanders have any thoughts? What have your experiences with non-New Englanders been while traveling?