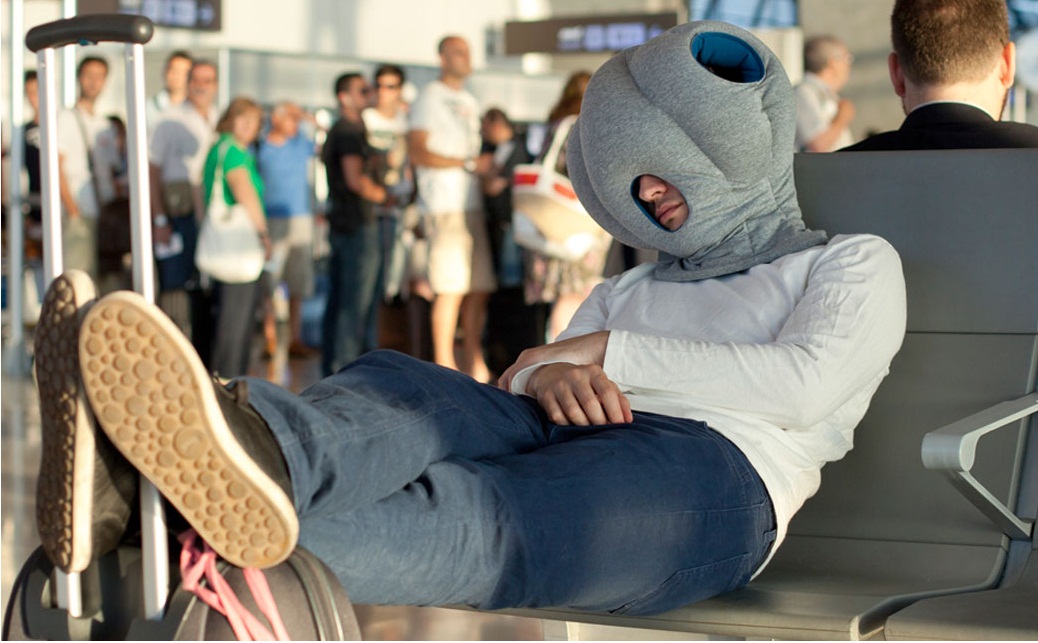 Years ago, we published a list of our favorite completely ridiculous (and arguably useless) travel gadgets. We started to wonder about the latest developments in stupid travel gadget “innovation”.

Thankfully, we weren’t disappointed. It’s clear that manufacturers are working harder than ever to create gadgets that you probably (definitely) don’t need. Here are twenty of our favorites …

#1: Hair of the Silence Ear Plugs 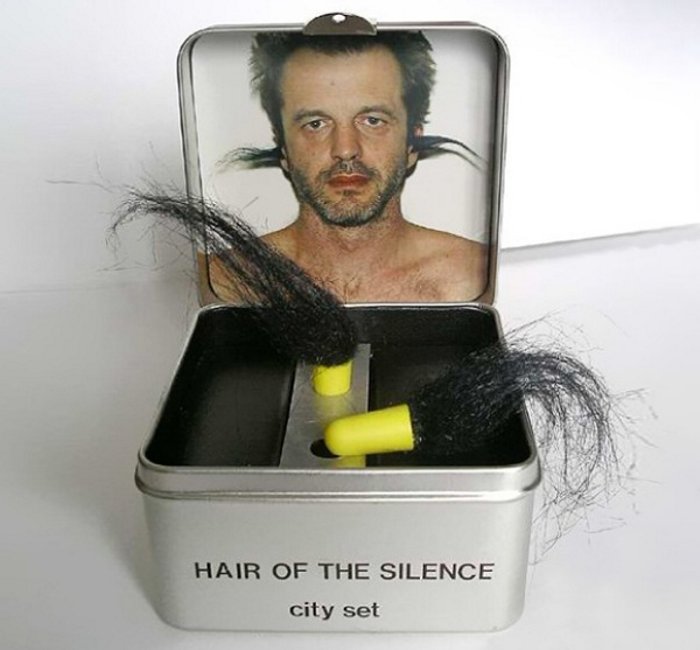 The photo should speak for itself, no? But Trendhunter reports: “the bright yellow ear plugs will completely fill up your ears and prevent any noise from reaching you, while the dark black hairs sticking out of your head are sure to scare away anyone who tries to disturb your blissful silence.” OK, so maybe they’re not entirely useless. 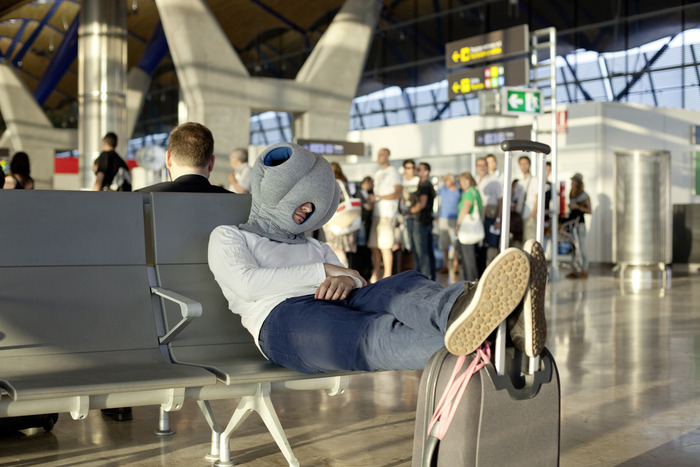 We’re eager to post this without comment … but the Kickstarter project for this bit of insanity somehow raised nearly $200,000 USD (!). How?! 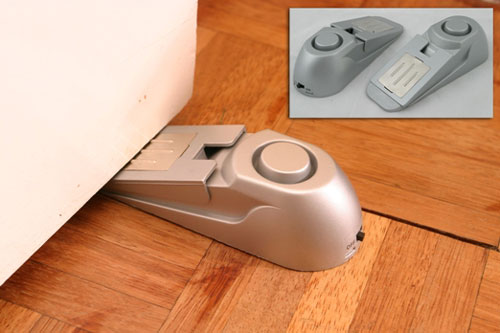 Granted, the concept of a 100 db security/door alarm isn’t that bad. But, really, if you’re crashing at a motel with a high probability of an axe murderer breaking into your room … maybe you should consider shelling out an extra $10 for better accommodations.

#4: The Seatback Organizer for Obsessive Packers 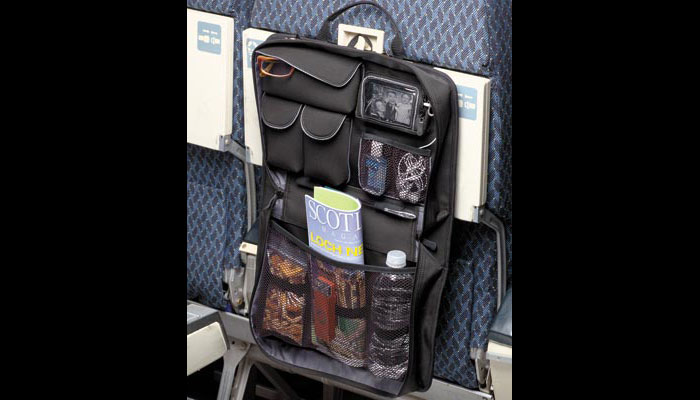 Seriously, how much sh*t do you pack for a 3-hour flight that you need like 68 pockets to organize it all?

You remember on that last trek through Kruger when you were all, “Yeah, no … I’m pretty good. I just wish my hat had a little more built-in solar-powered electric fan power.” Your wish has been granted (and it looks quite stylish to boot!). 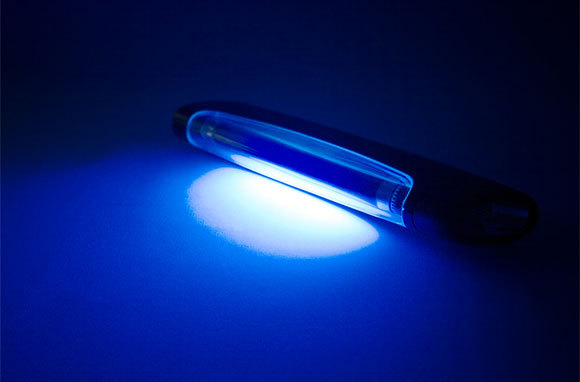 I think we can all agree that people are just animals. No where is this more evident than the state of the average hotel room. But you just don’t need a handheld black light “inspector” to confirm that room is in fact gross. I’ll save you the $15: it is. That’s just a fact of life on the road.

I can think of few products that scream “Mug me!” more than this. ‘Merica! 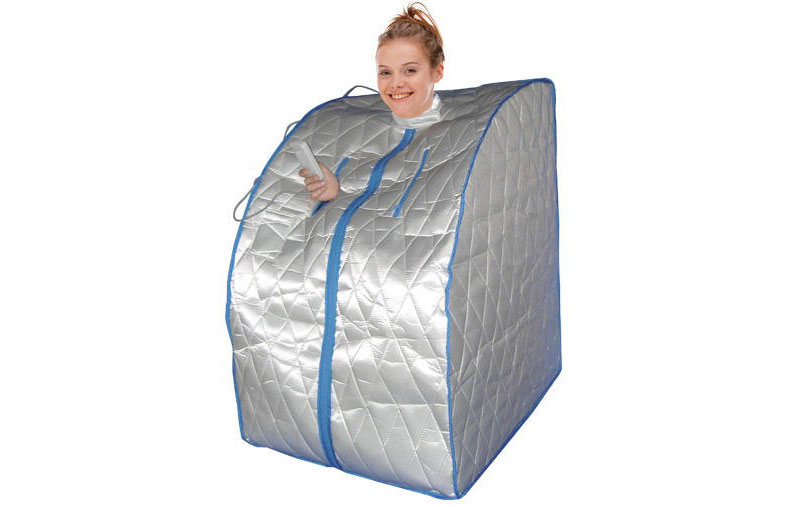 This can’t be real. It just can’t be.

I’ve been a man for most of my life. So I s’pose it’s unfair that I comment on this one. But I don’t see this catching on, in spite of the gal picture above who appears to be having a pisser (I’m here all week, folks). I’m sure a few ladies out there will tell me I’m dead wrong and that the FUD (food?) is the bee’s knees.

These made our list in 2007. Lo and behold they’re still selling them (in cheetah print even!), so they’re making this year’s list too. Getaway describes them as “an extra layer between your bottom and back, and the supposedly horrendous germs and food stuffs left behind by other travellers.” If your level of germophobia is on par with What About Bob, you probably shouldn’t be traveling anyway. 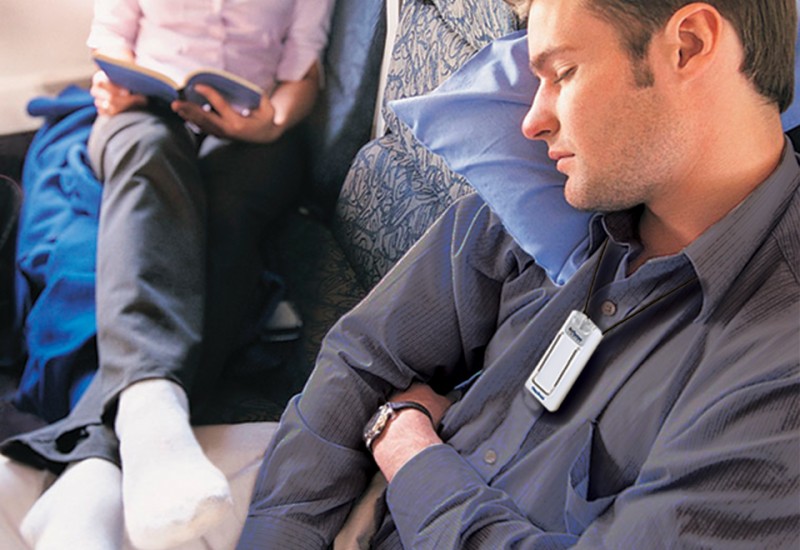 [see previous comment] Some people need the world bubble-wrapped for them. But … at least it looks cool. 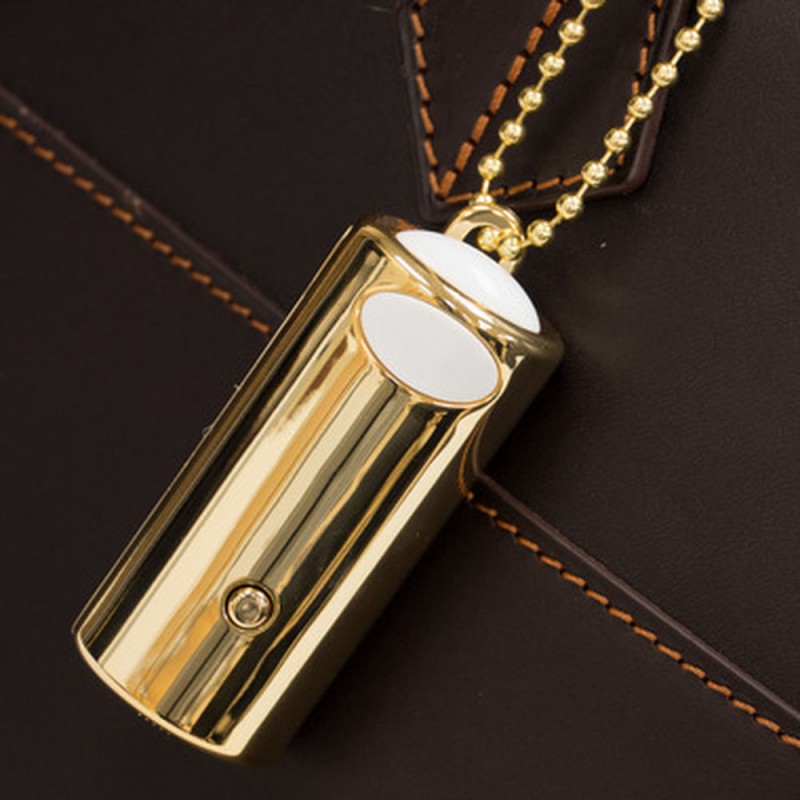 Most women carry their phones in their handbags, and miss 50% their calls.

(According to a survey they made up for this product page? Where are they getting these numbers?)

Attach the Wireless Call Notifier to your bag, and its flashing LED lights alert you to incoming calls. If a call is missed it continues to blink.

Do you think there’s somewhere on earth where all unsold, useless travel gadgets go to die? If so, I’ll hazard a guess that it’s full of a lot of these. 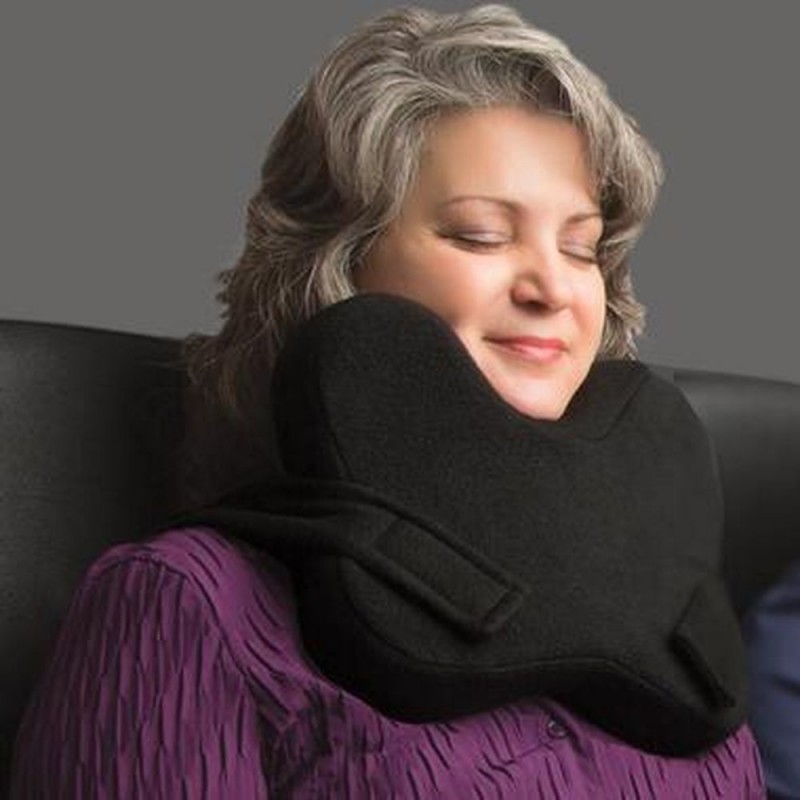 It seems there’s an entire niche of travel gear for silly travel pillows. Hey, whatever works for you I guess … 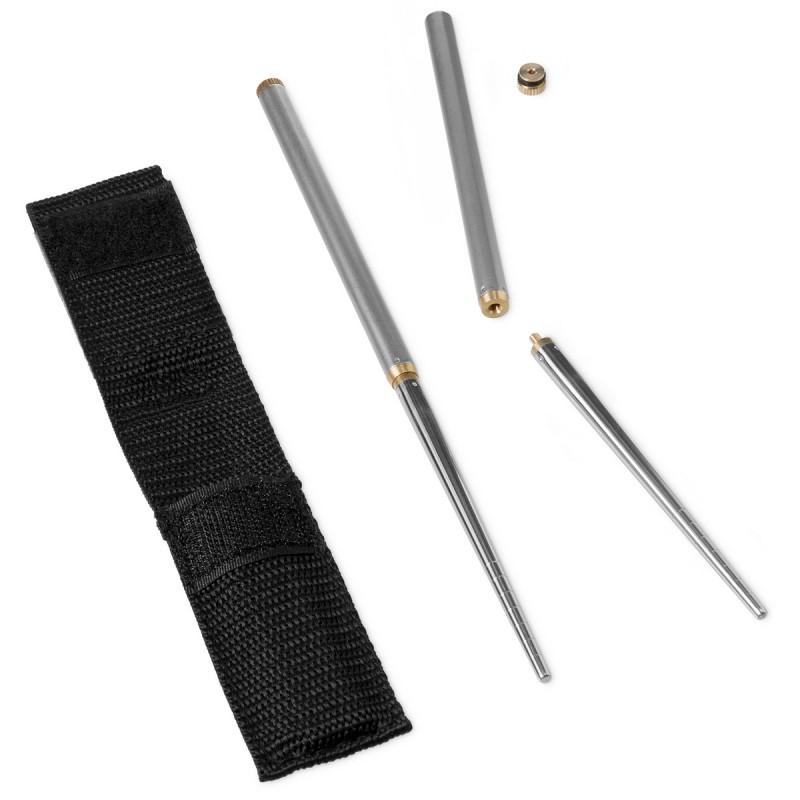 I’m guessing these are for the kind of hotshot who carries a $2K pen? I can’t imagine the level of hell I’d catch from my friends if I pulled out a pair of stainless steel chopsticks at the next hibachi night. The best part is that people are actually taking the time to review them? Don’t chopsticks kind of either work … or they don’t?

I want to hate this. But the idea of being able to stick it to the airlines by skirting their insane baggage fees (in style!) brings me so much joy. 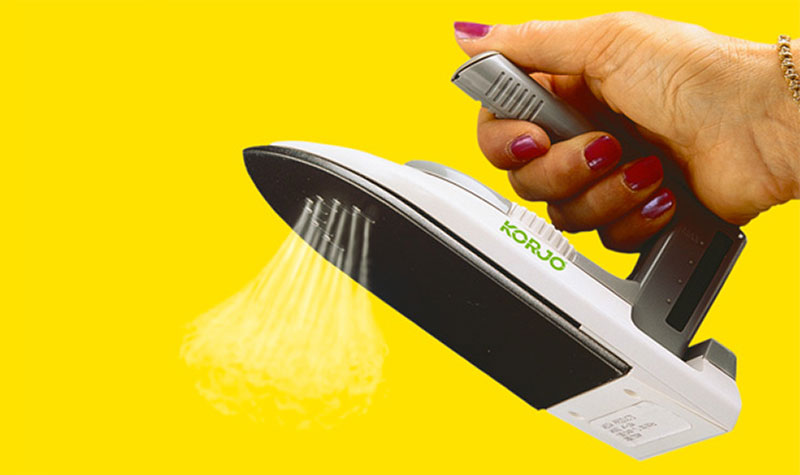 A travel iron? I pity the person who overpacks to this degree. If you’re the kind of traveler who cares to iron their clothes, chances are you’re already staying in a hotel with an in-room iron (or at least one that’s available from housekeeping). And if you’re not staying in a hotel with an iron (say a hostel or a tent), you probably don’t care all that much about ironing your clothes anyway.

[A] high performance air filter designed to look and feel like a conventional seat cushion incorporating a sound dampening filter and a proprietary activated carbon odor filter. The seat cushion functions as a powerful passive control device to effectively muffle the sound and adsorb the odor associated with flatulence.

Sweet. I know a few folks who could benefit from this. I may pack a few to pass out on my next trip to particularly offensive seatmates. 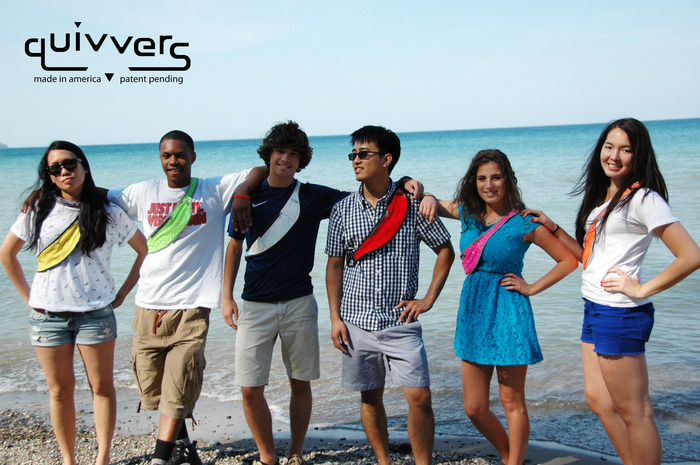 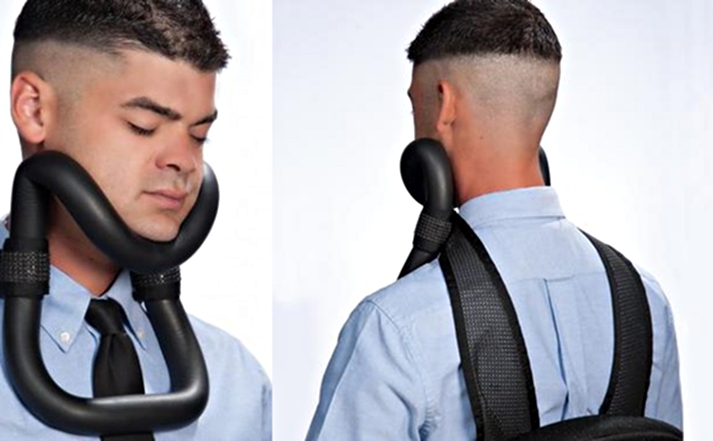 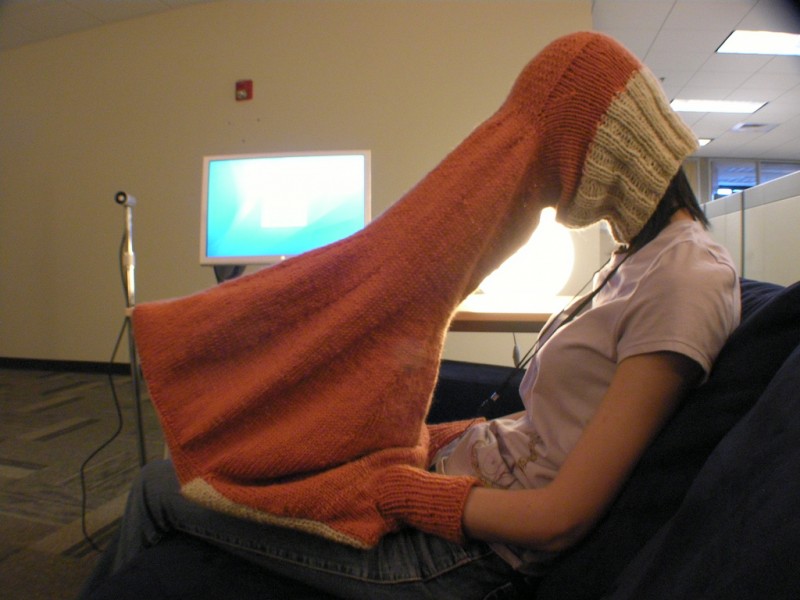 Last and certainly least … the Laptop Compubody Sock (via Engadget). It’s thankfully just a concept for now, but give it time. You laugh, but there was a time when we all thought Twitter was pretty stupid too.