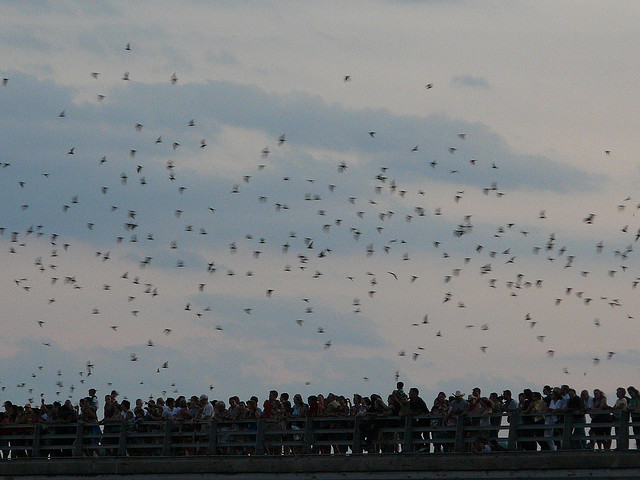 This weekend the city of Austin, Texas celebrated its 7th Annual Bat Fest with live music and a sunset viewing of the city’s 1.5 million Mexican free-tailed bats.

Since the 1980s Austin has been the seasonal home to the world’s largest urban bat colony. The colony has found a perfect habitat in the beams of Congress Street Bridge near downtown. The bats endeared themselves to the city so much they now have an annual festival in their honor.

The article, on MSNBC, states that on an average summer night, between 2,000 and 3,000 bat-watchers assemble to watch the bats emerge from under the bridge and begin their nightly hunt for food.