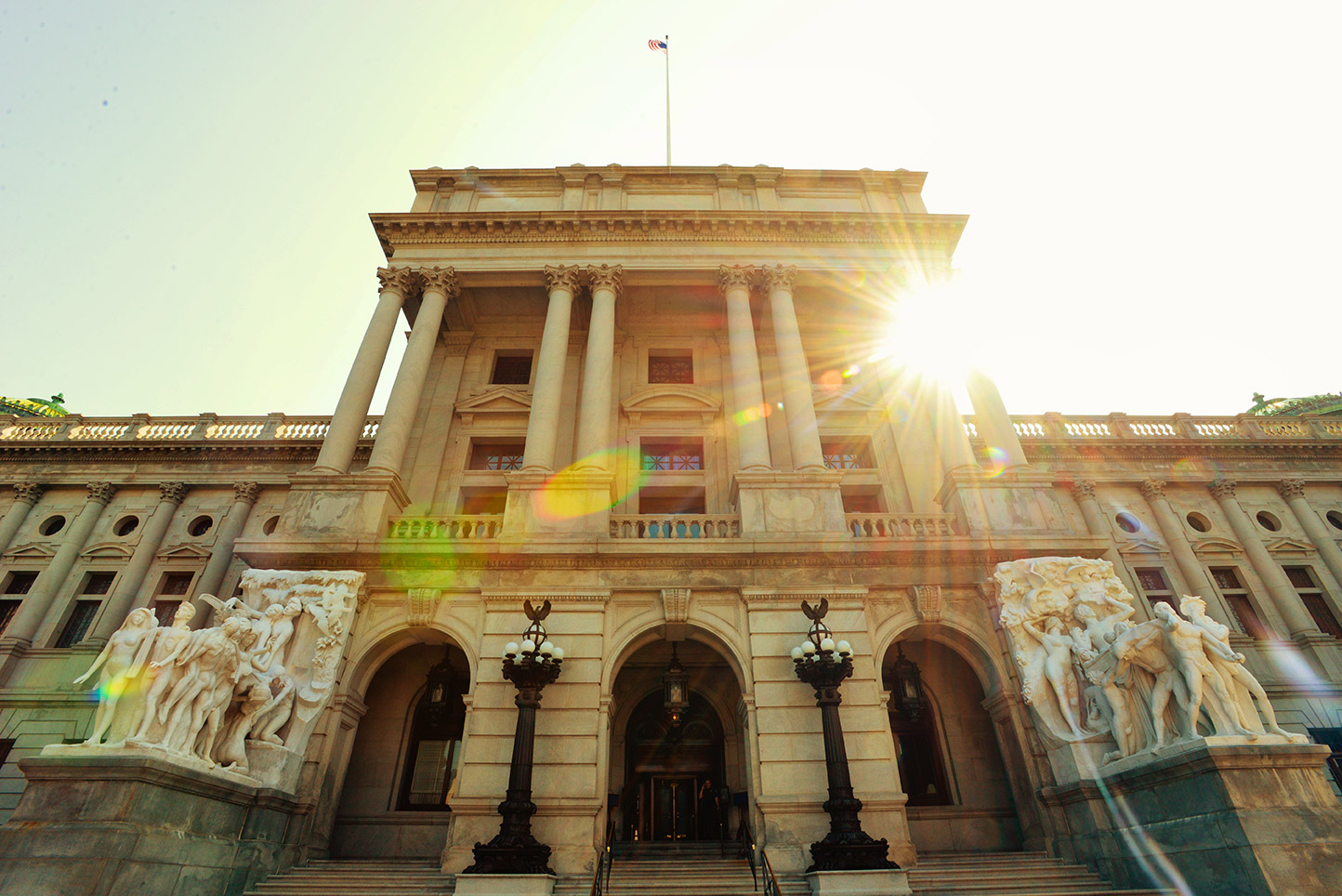 37 Hours in Harrisburg/Hershey: Day-Drinking, Paddling, and Geeking Out in Small Town Pennsylvania

When I say Pennsylvania, you think …? Cheesesteaks, insane Eagles fans, and Rocky’s totally rad climb up the steps of that fancy museum in Philly, right?

But there are actually other cities in Pennsylvania! The cities of Harrisburg and Hershey don’t get nearly the same love as Philadelphia, yet they’re both fantastic in their own right. Harrisburg’s downtown core, in particular, has rapidly grown over the last five years to include fantastic craft breweries, excellent outdoor adventure opportunities, a seriously awesome bookstore, and a whole lot more.

So, as part of my recent Small City Love Tour®©™ (which has previously included Chattanooga, Buffalo, and Raleigh, North Carolina), I had the opportunity to check out this relatively pint-sized region and I fell in love. (Well, in like … we’re going to continue dating and see where it goes. Don’t wanna rush things these days, right?)

Here, in short order, is a near-perfect 37-hour-tour of Pennsylvania’s most under-the-radar region … 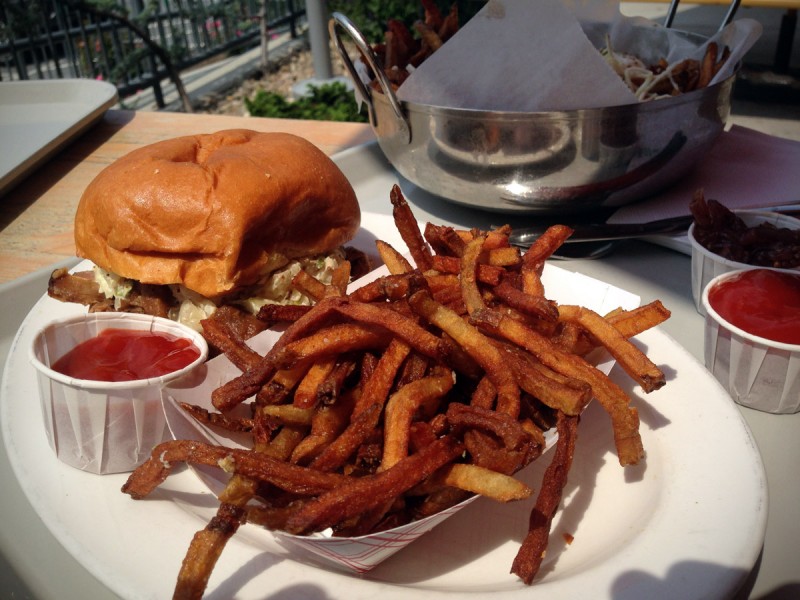 Since you just got into town, why not jump right into … day-drinking. The Harrisburg/Hershey region is home to a growing number of killer craft breweries. The big, fat, hoppy elephant in the room is, of course, Troegs Brewing. Their shiny new brewery — complete with a 5,000 square foot tasting room — just outside the city also happens to be home to the affectionately (and totally inaccurately) named Snack Bar. Having sampled nearly everything on the menu here, I can safely say that damn-near-everything is fantastic, although the Hop Fries and Crispy Pork Belly are particularly noteworthy. All of which is a great lead-up to the actual beer tasting at Troegs which is equally as phenomenal.

… and More Beers at the Brewery at Hershey 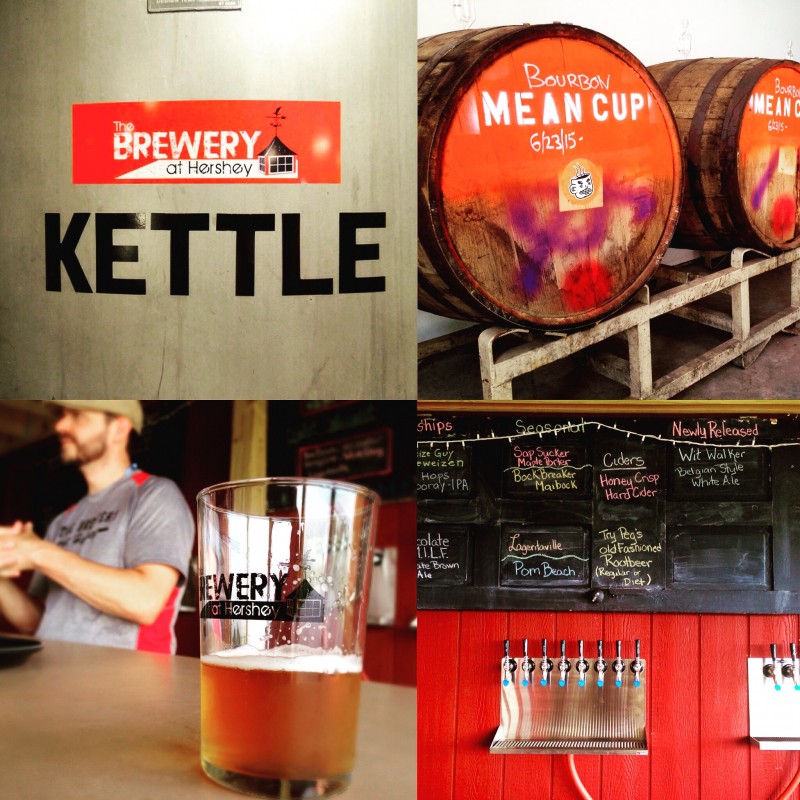 It’s easy to confuse almost everything in Hershey, PA as being somehow related to the Hershey chocolate company. That’s not the case with the Brewery at Hershey, however. This farm-turned-vineyard-turned-vineyard-brewery is a no-frills, rural brewery that forms an important cornerstone in the area’s burgeoning craft beer scene. The beer menu is a bold list of unique and unusual offerings, such as Maple Porter, Mexican Lager, and the (fantastically named) Chocolate M.I.L.F.: Microbrew I’d Like to Finish – Chocolate Brown Ale.

The massive property has become somewhat of a de facto social hub for the town of Hershey. On any given night, there’s likely a concert, tasting event, or festival happening at some point. It also doesn’t hurt that there’s a vineyard onsite to really round out your afternoon of (totally responsible) adult imbibing. 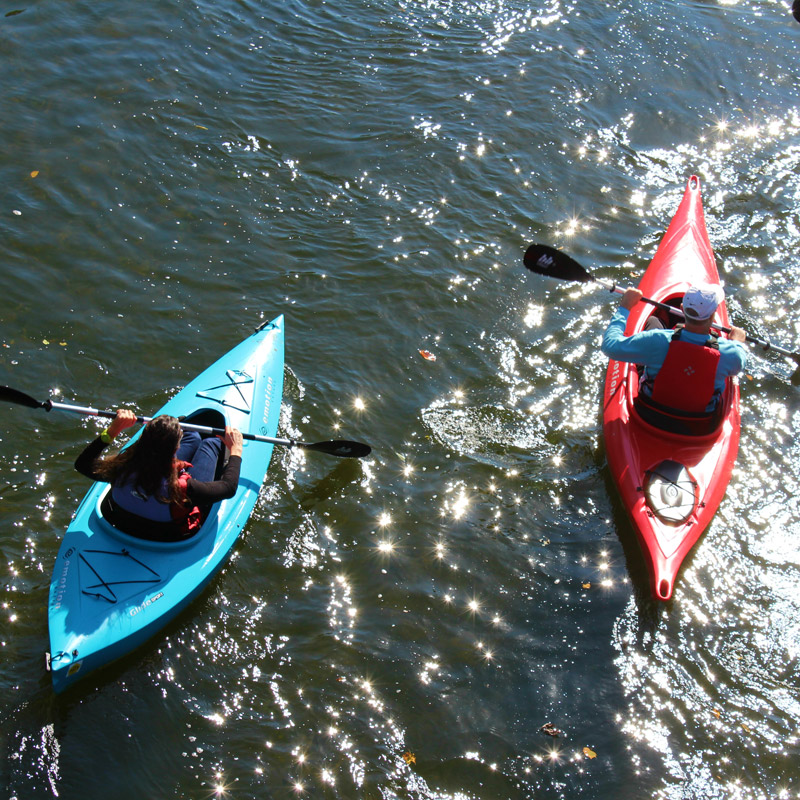 There are boatloads (pun very much intended) of outdoor adventure opportunities in and around Harrisburg and Hershey. The good folks at Cocoa Kayaks make it easy to get out on the water for an adventurous day of paddling. Or, like me, you can opt for more of a “lazy river” sort of outing.

Whether you choose a self-guided or fully-guided option, the owners will pick you up at the endpoint (where you leave your car) and shuttle you to the put-in spot. From there, you row or (on days with a favorable current) just drift back to your car. In short: they take care of everything. All you have to do is show up. 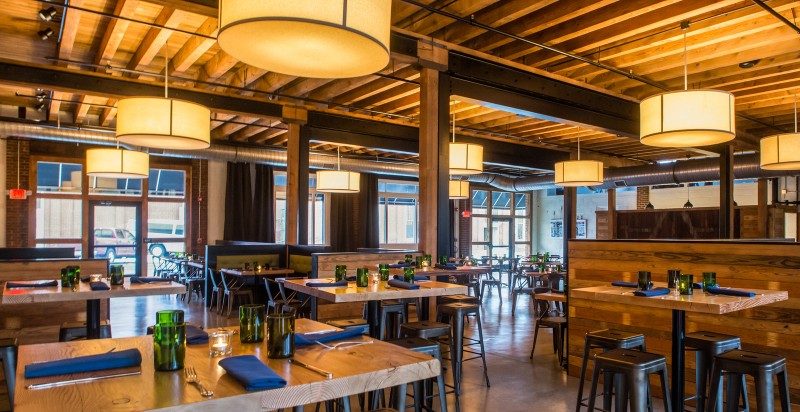 Every city has that dining spot—that one premier eatery—that’s always packed because locals go there for everything: fancy nights out, first dates, drinking to forget the end of Seinfeld … whatever. In Harrisburg, that place is Millworks — a complex that includes a restaurant, beer garden, artist studios, a gallery, live music, and probably a Ferris wheel and a bowling alley that I just didn’t see. I highly recommend going early as the gallery alone is worth exploring if only to secure a one-of-a-kind Harrisburg-made souvenir. The restaurant features mostly comfort food with a just-right hint of gourmet panache. Think: wood-fired mac & cheese, pulled pork sandwiches, and slow roasted meatloaf.

Not surprisingly, locals are pretty dedicated to their particular coffee shop. At least half of downtown Harrisburgers (I’m pretty sure that’s what locals are called … or at least they should be) love Little Amp Roasters. The place is a little bit hipster, but the smooth, out-of-this-world good coffee will make sure you don’t mind much. Tip: the Cold Jar (espresso shaken with ice and brown sugar, topped with milk, served in a mason jar) is where it’s at.

The Hilton? Seriously? I know, I know … stay with me, though.

Harrisburg’s tourism infrastructure is, in many ways, still in its infancy. While I’d love to recommend a boutique hotel or charming 19th century B&B (with those simply-to-die-for scones you love!), there are few downtown options for either. Which brings us back to the Harrisburg Hilton, which is all about location, location, location. A stay here means that you’ll be within walking distance of almost everything else on this list. And walking means not driving and that … that is good for the environment, right? 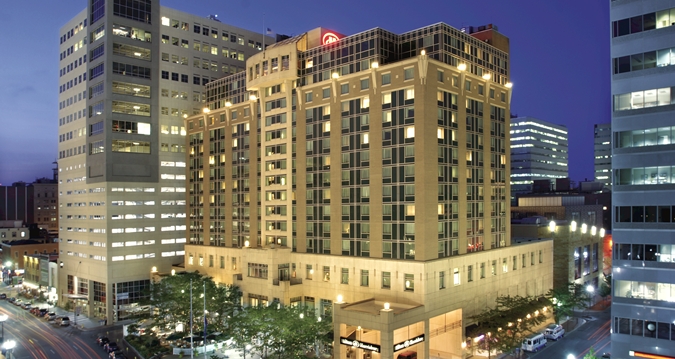 The guestrooms are what we’ve come to expect from the Hilton brand – clean, modern, with an overarching “executive/business” look and feel. They always feel like the sort of space you should be checking your stocks in or signing an important contract. 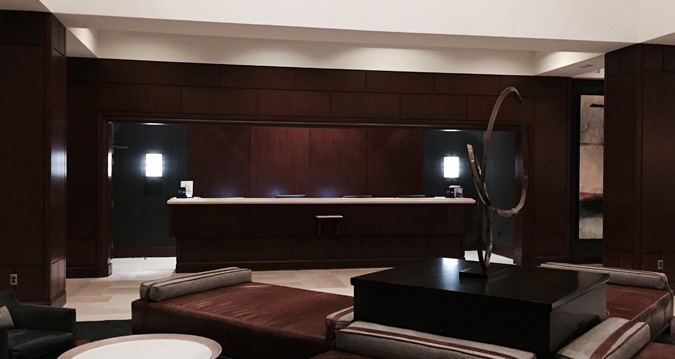 But the real win at this particular property is the redesigned lobby. It’s one of the sleekest, most modern we’ve seen in any Hilton yet. In addition, it’s home to the high-end 1700 Degrees Steakhouse and Ad Lib Craft Kitchen and Bar. 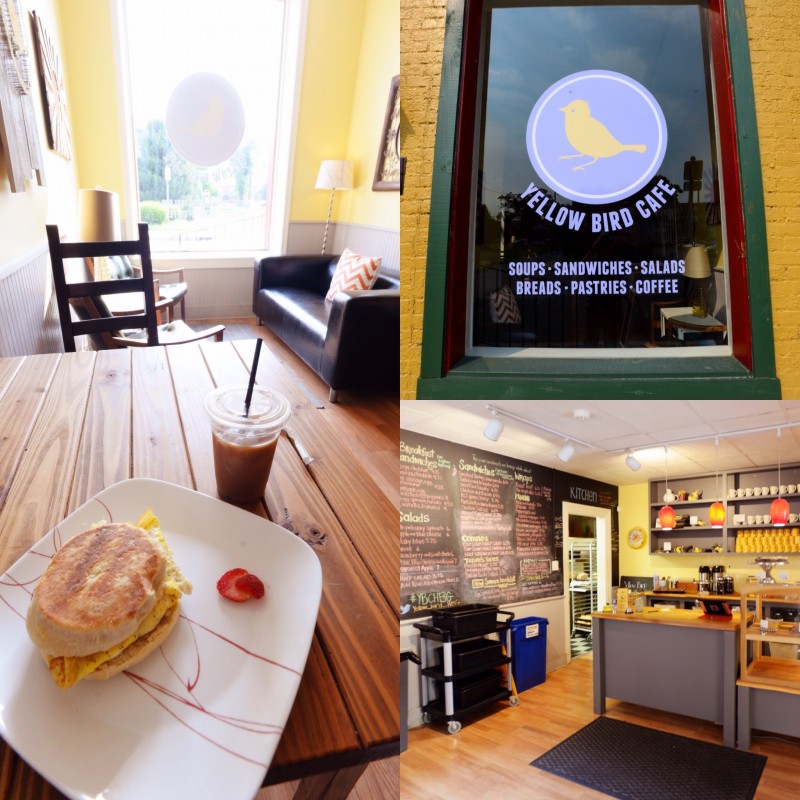 It’s easy to see why locals love Yellow Bird Cafe. It’s enough of a walk outside of downtown to keep the tourist crowds away and the interior feels a little like relaxing in a friend’s living room (a friend with really good taste and equally good coffee). It’s the ideal place to put on your best ascot, sip a non-fancy coffee, and tap out a few haikus on your Macbook.

The menu eschews the typical Starbucks-litany of 48 kinds of frappuccinos and macchiatos. Instead, YBC (as I’ve taken to calling it so people think I’m “in the know”) offers few coffee options: hot or cold, decaf or not.

Their rich, silky sweet cinnamon roll is described as “ginormous” and, after a single bite, it’s easy to see why the word “decadent” was invented. If you fancy something a bit more savory, the pepperjack, egg, and roasted red pepper sandwich is a solid choice. 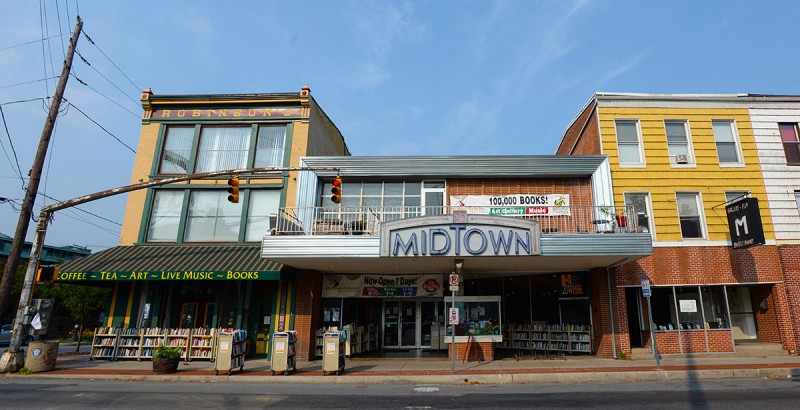 Unless you’re a complete nerd (*cough* me *cough*), hanging out a bookstore isn’t your idea of riveting fun and excitement. But Midtown Scholar is arguably the coolest bookstore in the eastern United States. What started as a simple hobby in the owners’ garage has grown into a mecca to all things reading.

The store (and its accompanying warehouse) embody more than 100,000 used, rare, and new books on almost every topic imaginable. 1950s Car Cigarette Lighter Design? Probably. Underwater South African Basketweaving? I wouldn’t doubt it. There’s an entire aisle of just architecture and interior design books. All of which is to say: they have (almost literally) everything. Not surprisingly, it’s ranked as one of the best independent bookstores in America.

Broad Street Market is ranked on the National Register of Historic Places as one of the (arguably the) oldest, continuously operating farmer’s markets in the country. Whatever its title, it’s a great place to people watch and grab lunch like a local. 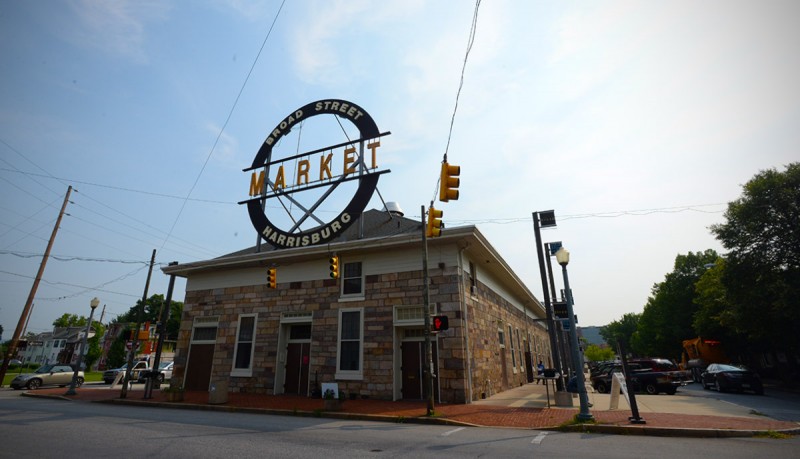 Divided between its two buildings are at least three dozen eateries. You’ll find a surprising number of eclectic cuisines here from gourmet hamburgers (at the aptly named Harrisburger) to Jamaican Food at Porter’s House to authentic African cuisine (at the newly opened Tasty Dishes). 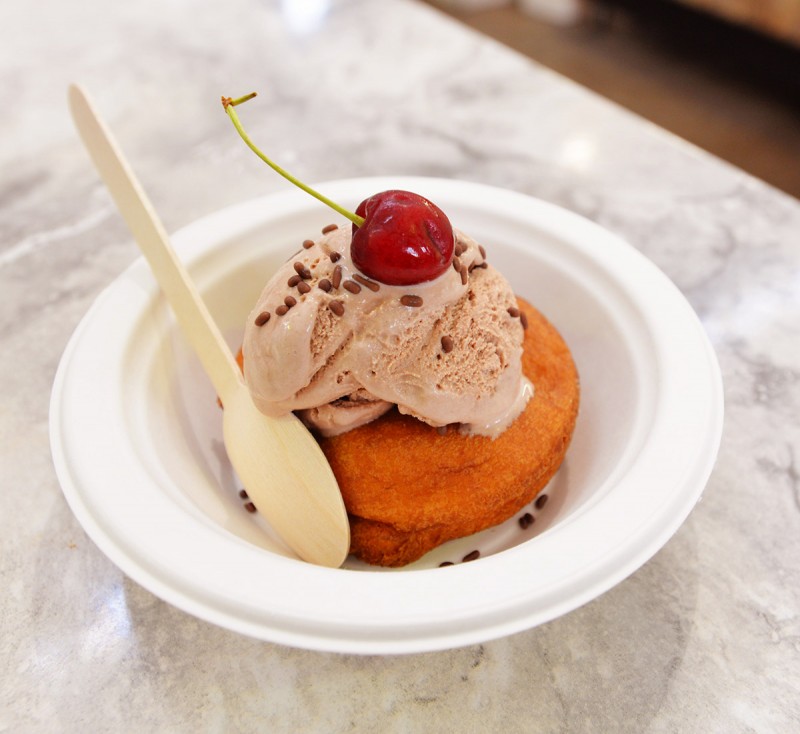 When you’ve almost had your fill, grab a donut sundae (how great is it that we live in a world where this exists?!) at the newly opened (as of June 2015) Evanilla. The dessert includes a freshly made donut (plain, cinnamon sugar, powdered, etc.) with a scoop of the locally legendary chocolate or vanilla Urban Churn ice cream. Top it off with sprinkles, whipped cream, a cherry and you’re good to go. 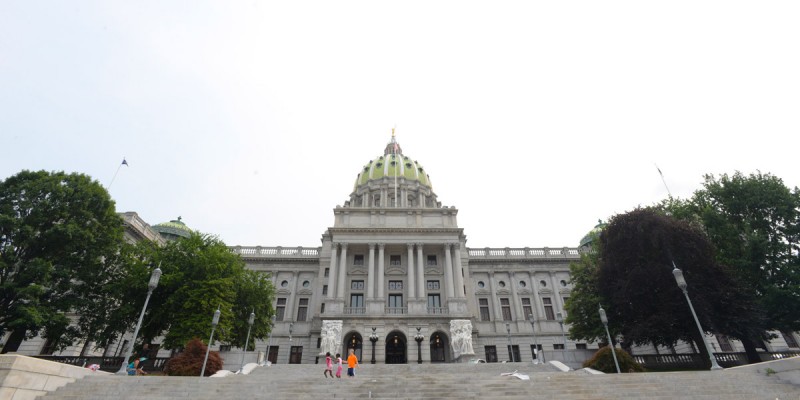 State Capitol buildings are a serious source of pride amongst locals of any city. Say what you want about the freeways, their beaches, and even their people. But you don’t mess with their capitol building. My hometown of Providence, Rhode Island has arguably the most beautiful capitol building in the country. Or at least I thought so. 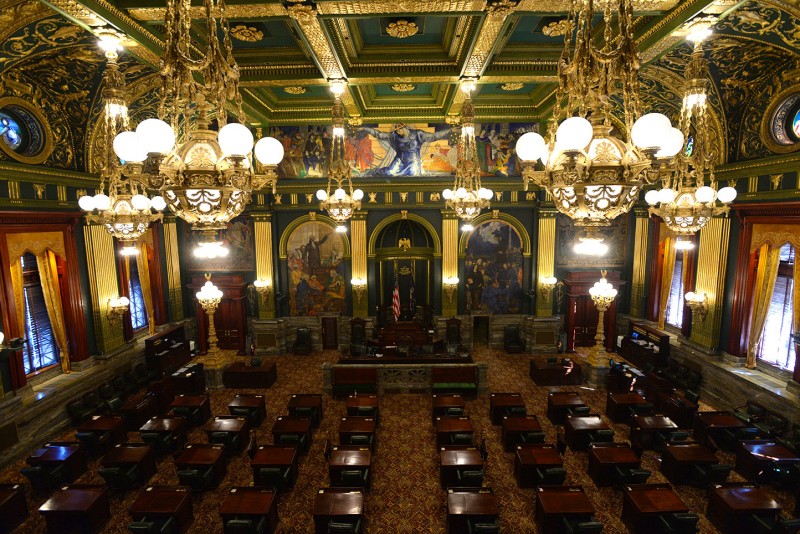 The Pennsylvania State Capitol in Harrisburg is almost literally breathtaking in its size, scope, level of detail, and the sheer amount of time, resources, and money spent to develop it. 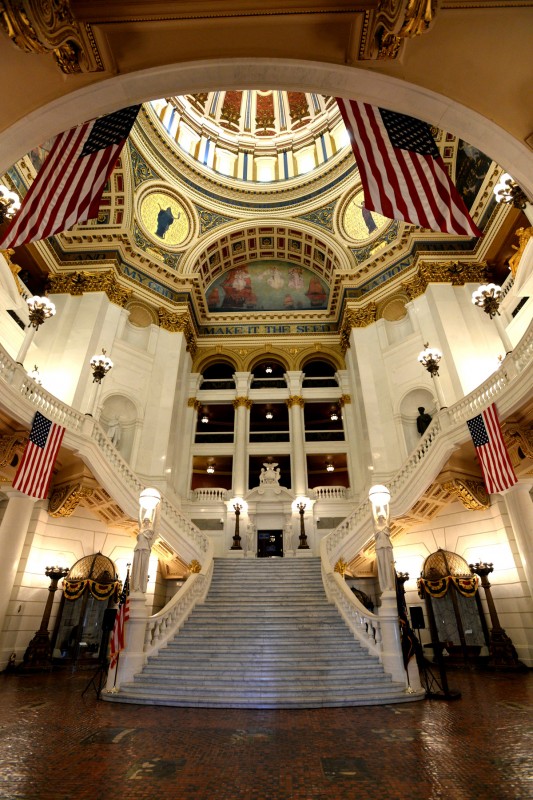 The architecture is simply stunning and I highly recommend the free, 1-hour guided tour that provides plenty of interesting history about the state, its politics, and the building in particular.

Continuing on your Ultimate Geek Tour of Harrisburg, head to the nearby State Museum of Pennsylvania. The building encompasses three sprawling floors and constitutes the most comprehensive collection of its kind in the state. It starts at the very beginning of earth’s formation, carries through to the dinosaurs, to the Civil War, and on to modern day. Exhibits include wildlife, nature, technology, war, politics … the list goes on. Plan on at least two hours here, although three would be best (especially if you’re as geeky as I am), considering the size of the space. 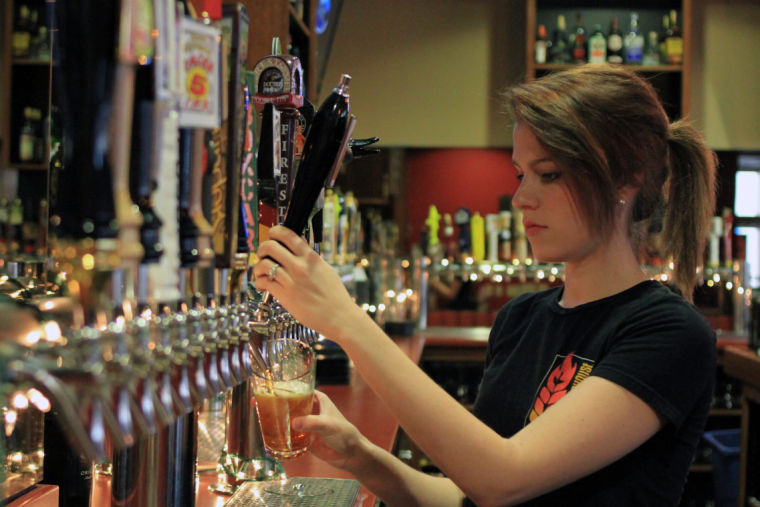 To add a bit more beer back into this geek-heavy itinerary, head to Federal Taphouse. The menu is a mix of solid gastropub staples like ample burgers, wood-fired pizza, and short rib entrees. But the big get here is the 100 beers on tap (yes, one hundred)! Instead of padding their beer list with low-hanging fruit like Sam Adams and Coors, the Taphouse offers a carefully culled selection of killer craft beers. Expect unique offerings like Oak Aged Yeti (from Denver’s Great Divide Brewing), Gnarleywine (Lagunitas), and Double Jack Imperial IPA (California’s Firestone Walker). 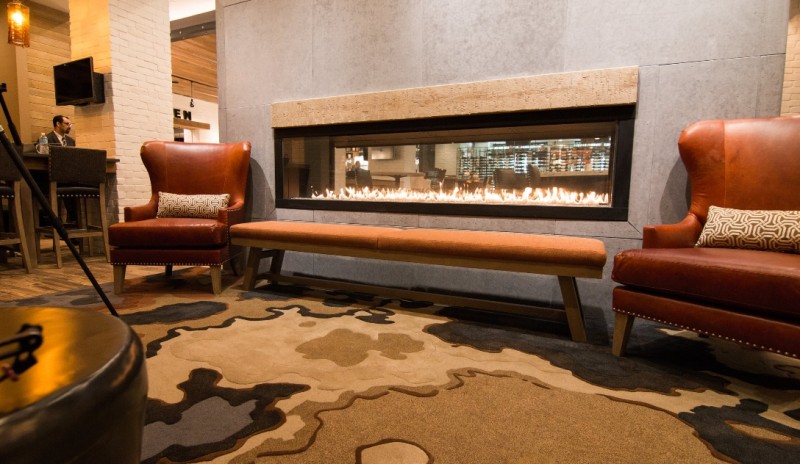 Back at the Hilton, duck into Ad Lib Craft Kitchen and Bar for a nightcap. Even if you’re not “into” hotel bars, trust me, this one’s worth the stop. Plus, it’s 20 feet from your room. What’ve you got to lose?