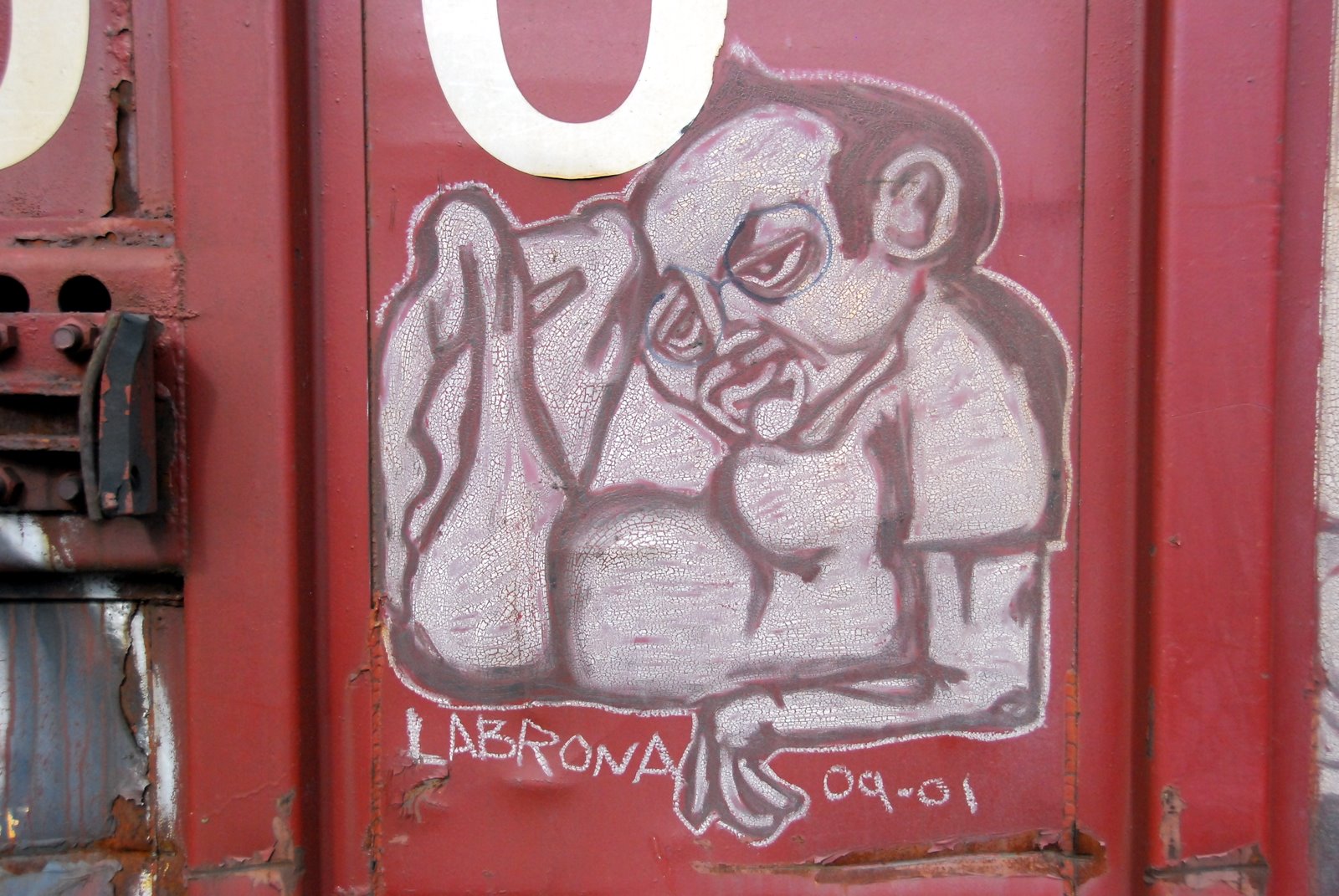 About 100 miles into Montana I began to miss Julia’s charms: her strange questionings, even stranger opinions, her constant commentary during the two Paul Newman movies we watched, and her farewell meal of Hamburger Helper with rum and Cokes. It was a dial-toned Midwestern traveler, a kind of nemesis of people like Julia, who bled the regret out of me during a half-hour conversation of pure futility. Every cell in his body was dead. And I wanted to be dead with them.

I felt like I was headed home, like everything was now denouement. It seemed like the train was speeding up, or the land was in a rush, and the state of Montana was going by too fast. In the beginning it was slow. Now I saw someone at a gas station or in a field as a flash. Then came the next person, the next car, the next car filled with people. We passengers were teleporting from one point to the next, not at all affecting our surroundings, unable to stop like we could in the Butch Cassidy days where you were the brakeman, pulling the cord and starting that brake squeal where you well pleased.

I desperately want the introduction of high-speed rail in this country but fear the speed it will bring. Like we travel by plane because we only care about the beginning and end, so too will many people only flock to rail if it is damn near rocket-powered, barreling us from one place to another, landscape be damned. There’ll be no lounge cars with massive windows. Passengers will just read or talk because to try to watch the scenery is an exploration of high-speed insanity. And the club of Amtrak landscape-gazers, those who know a book or a nap can wait until this ride stops, who gauge the train’s speed by looking at mile markers and a watch, and who respond to waves from station platforms with either a reciprocation or a whiskey-laced middle finger, will be on the roof with binoculars. 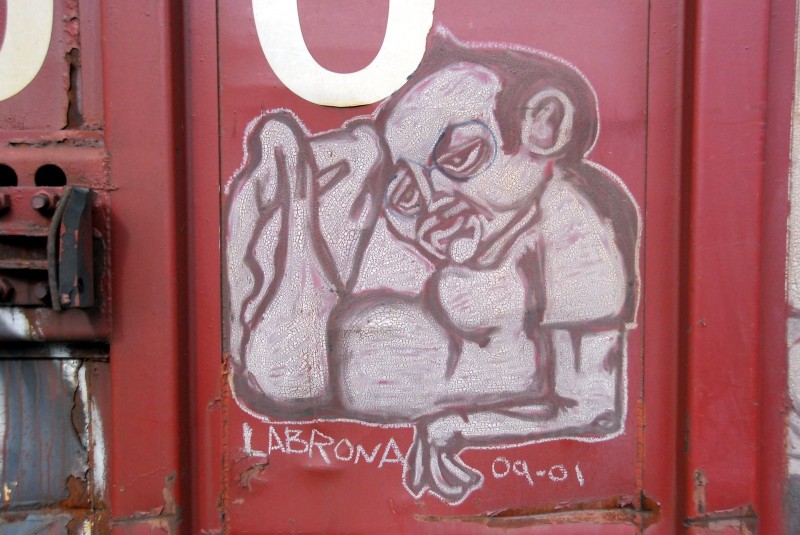 I reach Whitefish, Montana and disembark, but 12 hours later I’m back amid the rails. I’m with my host, Jamie, and we’re making our way between rows of parked trains. She’s playing with esoteric levers, while I’m studying monikers, the tags left on the sides of cars by hobos and railroad workers. They can be simple or complex, done with chalk or an oil pen, and, though they arguably have the widest distribution of any art in America, almost no one knows about them. Hobos, who live an extraordinarily simple life (no mortgage, permanent job, etc.), use a mighty titan of industrialization, the railroad, as a canvas.

We move slowly over cars, never under, even if a crazed tiger were sprinting toward us. Things with wheels tend to move when you least expect, and a several-hundred-tonned thing with wheels would do terrible things to the human body.

And you’ll know when it moves. The awakening of a freight train makes a sound that you wouldn’t assume possible. It begins far away, at the locomotive, which lurches and starts a chain reaction of tensing car couplings that clap so powerfully they sound like they have fused together, one car snapping after another until the final section is set to movement.

Jamie was ahead of me, mid-clamber over a car, when the reaction began, which jolted her body and forced a whelp from her lungs. She dived from the beast and onto the railyard rocks below. I panicked, feeling responsible in the event of her death, and hit the deck, searching between the ground and the bottom of the cars as they passed. I could see her upright feet and legs. She was standing on the other side. 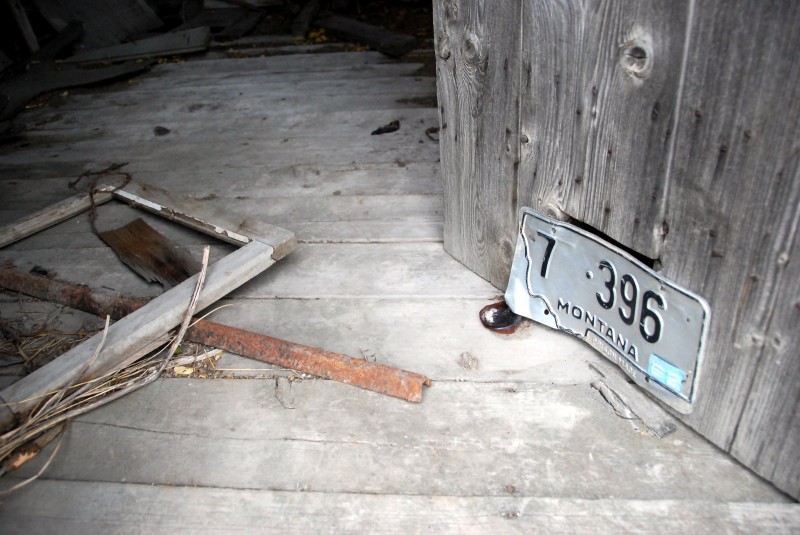 I reached Portland, Oregon on October 21 and fell into the confines of a vegan couchsurfing household. Curiously, they had a cat, and I wondered what they were feeding it if not meat. Giving it catnip alone would turn it into a maddened cougar. I would have felt like a smartass asking, so I didn’t.

Too tired to attempt anything else, in this town I only went to breweries and bookstores, and I was fine with that. My body was steadily giving out, and I was sporting a pathetic limp after I kneed a chair in a Benadryl-blur between Whitefish and Seattle. I was slowly fading, like a newspaper in the sun.

My last night in Portland another couchsurfer showed up at the vegan house and told me she wanted to get a drink. She had attitude and looked pretty, so I bought the drinks. She turned out to be a decent, roguish, spoken-for woman, so after we were good and drunk I let her take the couch while I took the floor.

In the morning we crawled to a greasy spoon near Portland Union Station, sitting at the bar, absorbing insults from a puckish Greek waiter and drinking awful coffee. The caffeine, for once, had no effect. My body had apparently ceased responding to normal stimulation. I had transcended the chemical par. 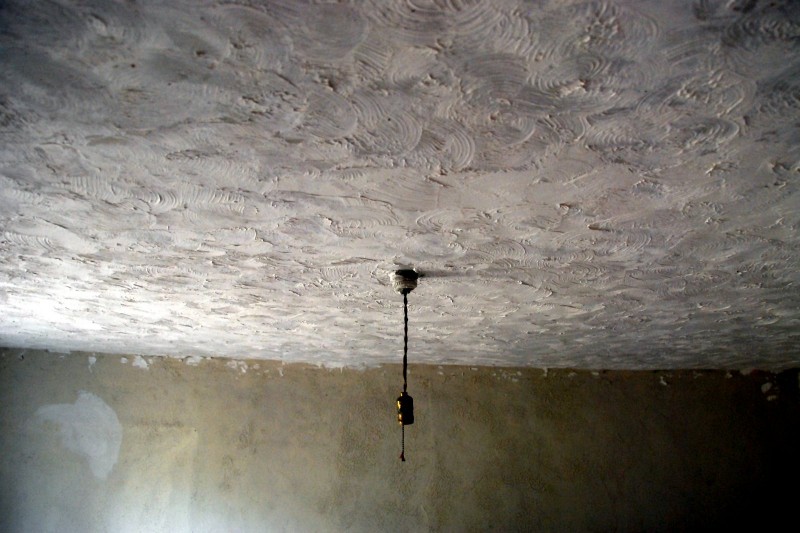 My mistress was waiting for me at the station. She was mad, just smooth angry steel and grumbling motor. But for once I had the upper hand. She made the schedule, but I’d soon be leaving her.

Rolling south, we didn’t speak for many hours. I waited. It got dark. I gave up, ate my new pill, and let her carry me to the end.