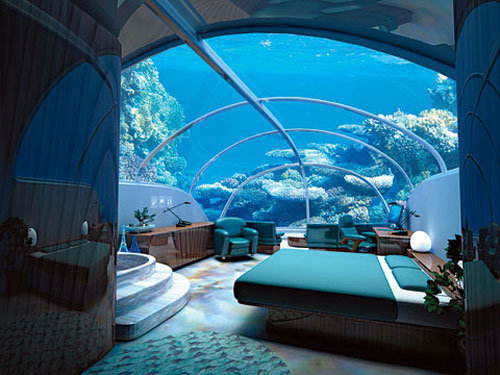 Visitors to Istanbul will soon have a chance to view the most spectacular ocean views on the planet. A seven floor, seven-star hotel is being built underwater on what was formerly a tobacco factory. There will be exhibition halls, and restaurants, and all rooms will be sea facing.

This isn’t the first such underwater hotel complex in the world. That honor goes to the $500 million Poseidon Hotel which is currently being built off Fiji. The Istanbul hotel differs in that it is being built under the city center, which should make for an interesting experience.

The hotel’s inauguration is set to coincide with the city’s taking over from Linz, Austria as the Cultural Capital of Europe in 2010.