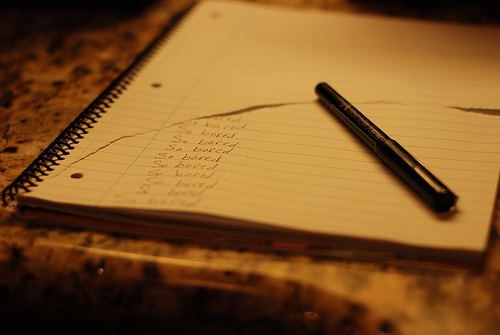 Writing For Free: Is It Worth It?

Last summer, around the same time that I began to seriously pursue my dream of writing about travel for a living, I started following several travel blogs.

One of those sites was Written Road – the blog with the “inside scoop to the travel publishing world” — and in July, not long after I started keeping up with Nicholas and Abha’s posts there, an interesting debate got going. The question was: should aspiring travel writers offer their services for free?

At the time, I came down on the side of the write-for-free folks, but since I didn’t have much experience with paid (or unpaid!) travel writing at the time, I wasn’t certain that I was getting it right.

Now it’s almost one year later, and my, how things change.

I’ve just quit my job, given notice on my apartment, and plunged headlong into the world of full-time freelance travel writing — months, if not years, sooner than I had expected. And I’ve gotten to this point through a mixture of paid and unpaid writing jobs. Thinking back to that debate over at Written Road recently, I wondered: Had writing for free substantially helped to advance my career? If it had, did that mean that writing for free was “worth it” for all the other aspiring writers out there?

The answer to the first question is: “Yes, absolutely.”

The answer to the second question? “Well”¦ it depends.”

When there’s no money changing hands, what’s in it for the writer?

Clips, for a start. No paying publication is likely to take a totally untested writer seriously — particularly if they only accept queries. Clips or no, if you have the talent you can always blow an editor’s mind with an amazing on spec submission, but a query letter accompanied only by your twelfth-grade write-up of the city basketball championships is unlikely to land you an assignment. Writing for free for a small community paper or (more likely) an independent web magazine will give you published pieces to attach to your queries as writing samples.

The next two prizes, contacts and exposure, go hand in hand. The online travel writing world is much smaller than you think. If you’re writing for a site with even moderate traffic, chances are an editor of a paying publication may be reading your work, and — if they like what they see — remembering your name. Even more directly, the editors of these small, non-paying web magazines often have contacts higher up on the revenue scale. If they like the work you do for them, they’re more than likely to help you out if they’re able, with a recommendation or an introduction. My (unpaid) work for Vagablogging has already more than paid for itself, thanks to an introduction to the features editor at one of Canada’s largest newspapers.

There’s a “but” coming, though.

While writing for any website will give you clips and some exposure, not all unpaid writing gigs are equal. Obviously, the greater the reputation of a non-paying publication, the more benefit to you as one of their writers. If you’re writing for that cool indie site that everyone who’s anyone is reading, then you’re getting more than just a writing sample — you’re getting a reputation you can build a career on.

Need an example? For awhile now I’ve been contributing movie reviews to Not Coming To A Theater Near You. The site doesn’t pay, but it is becoming a minor name in the small world of film criticism, and has gotten kudos from publications as diverse as Bitch, Nerve, and Entertainment Weekly. Recently, all the good buzz paid off when one of our contributing editors was recruited as a film critic for TimeOut London. (As the creator of the site put it: next time we see Tom, beers are on him.)

So the key is to choose wisely. Write for sites that impress you, and that you think will impress others. Equally important: when writing for free, you should be writing about the things that you really want to write about.

Which brings me to the last benefit on the list: expertise. Writing for free can often be the quickest and easiest way to build up your expertise in the field(s) of your choice, to improve your chances of writing about the things you care about down the line. Going back to the example of movie reviews: I knew I wanted to write about movies, so I started a blog about my favorite genre. I used the clips from that unpaid exercise to land a higher-profile gig with Not Coming To A Theater Near You. Then I used those clips to help get some of my earliest paid writing assignments. And I now get paid to write about travel movies for World Hum!

Give some serious thought to what you really want your writing to be about. Green travel? Budget travel? Art museums around the world? If you can find a site (or start one yourself) that lets you write about the subjects that inspire you, then it may well be worth writing for them, even if they don’t pay. If they have a large readership and a good reputation, even better.

I was distressed by the idea that by writing for free, I might be the freelance travel writing equivalent of a scab.

Many of the objections to unpaid travel writing in the original Written Road thread dealt with the idea that writing for free a) exploits the writers themselves, while web editors profit, and b) undermines the efforts of other writers to get paid for their work. As grand-niece to a whole family of General Motors assembly line workers, I’m a good union girl — and I was distressed by the idea that by writing for free, I might be the freelance travel writing equivalent of a scab.

Again, the solution is to choose your unpaid gigs wisely. Does the site have more ads than content? Does the editor have a day job, or is she living entirely off the profits from your work? Many of the highest-quality online travel sites are labors of love, and no one is getting rich from them. I don’t think that contributing to those sorts of sites can be described as exploitation.

As for the idea that writing for free drives down wages for paid gigs, well, I’m still not sure I know enough about the industry to say for sure. But the “labors of love” that I described above are certainly not in direct competition with paying publications like Conde Nast Traveler — I’d be surprised if any big-time glossy magazine editors sit around thinking, “But Mike from Vagabondish doesn’t have to pay his writers ”¦ So why should we?” Volunteering to write for free for a pub that has money, and that ordinarily pays writers — now that would be driving down the market.

Today, even without the safety net of my day job, I still make time for several unpaid writing gigs — ones that meet the criteria I’ve described above. They include Vagabondish, Vagablogging, Not Coming To A Theater Near You, and two of my own blogs, Chick Flicks: The Good, The Bad, and The Fugly and The Soul Archive.

For more on the pros and cons of writing for free, check out Abha’s follow-up post to that original Written Road debate, Should You Write For Free? WR Asks The Experts.