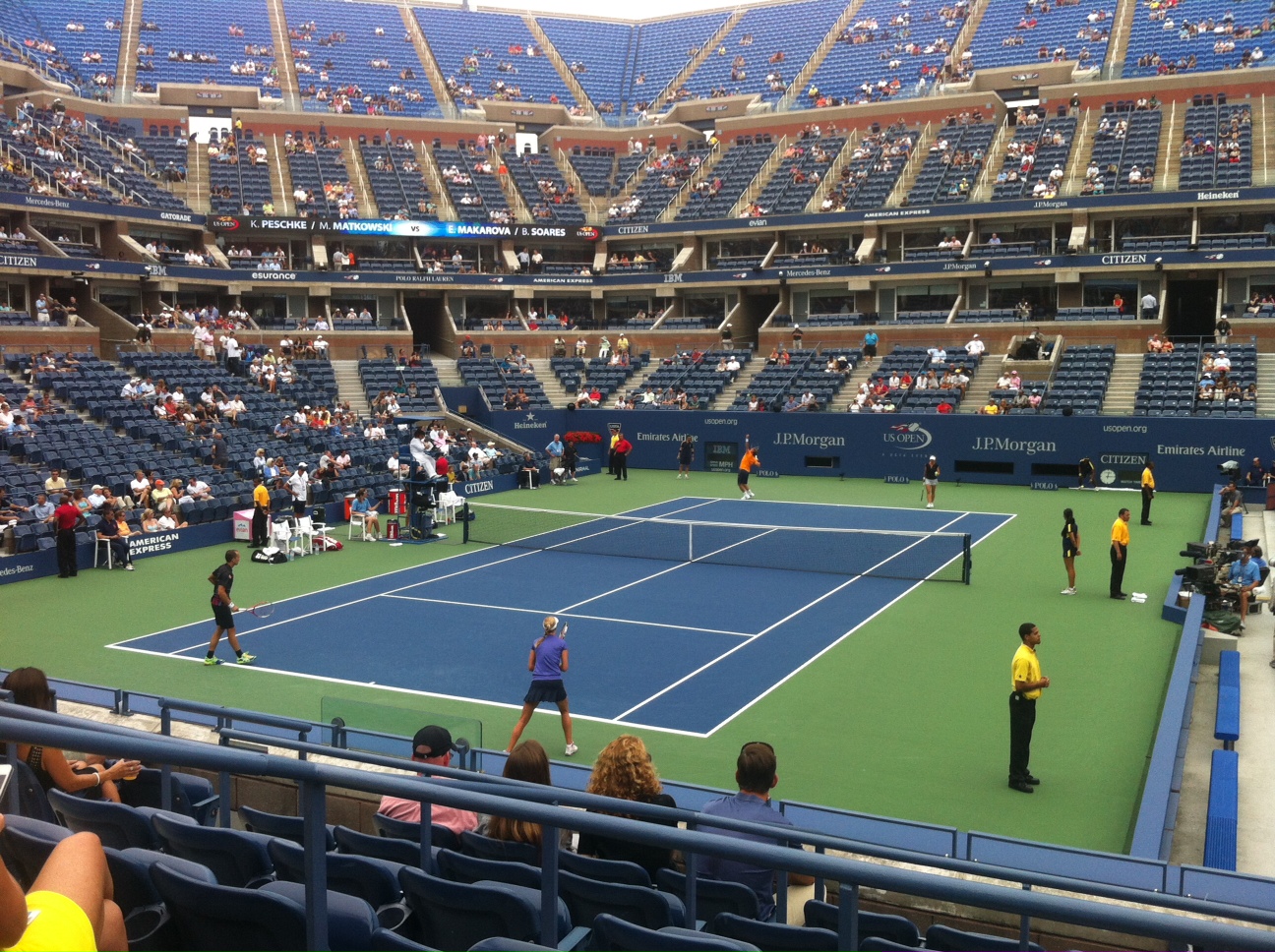 Travel Splurge: Getting Courtside at the U.S. Open + Drinks with a Tennis Legend

As part of this year’s “Amex Stars” blogger program, we’ve been privy to a wealth of fantastic benefits typically provided to Starwood Preferred Guest American Express cardholders. The latest? Near-courtside seats at the 2012 US Open and an intimate cocktail reception with tennis legend, Lindsay Davenport, in New York City.

If you’re a tennis noob (like yours truly), the U.S. Open is critical to the sport as the fourth and final tennis major of the coveted Grand Slam. Think of it as the Super Bowl of tennis. It’s held each year in August and September at New York’s USTA Billie Jean King National Tennis Center in Queens. 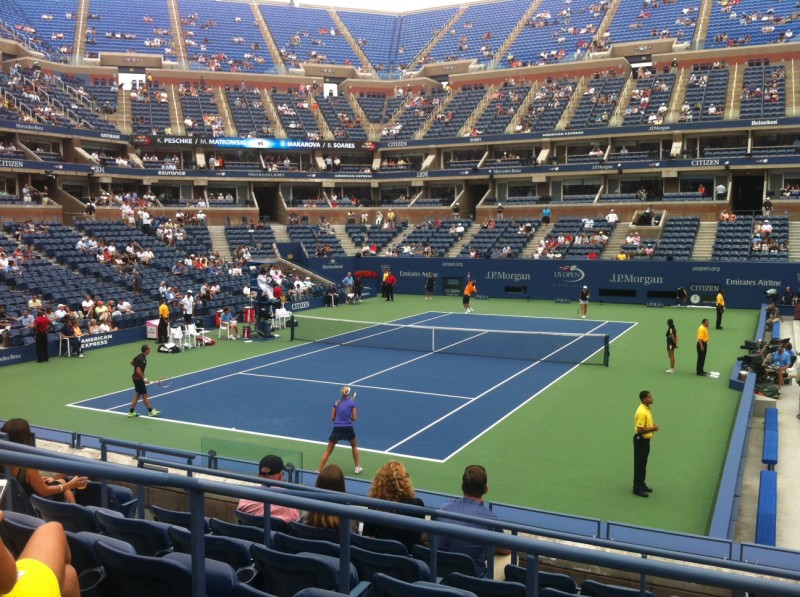 Among travelers in the know, the Starwood Preferred Guest program for American Express is among the most respected in the industry – particularly for frequent flyers and hotel visitors. Starpoints earned through the program are of course redeemable at any Starwood Hotels property worldwide … and there are many. But points are also redeemable at a host of other partners, Starbucks, Pottery Barn, iTunes and even for airline miles.

Obviously, the benefits of being a cardholder are many. But the real win for travelers – what truly sets the program apart – is the one-of-a-kind perks it offers. This year alone, these included: the opportunity to attend the U.S. Open, front row seats to the world-renowned New York Fashion Week, and tickets to the Tribeca film festival in NYC. Cardholders simply register for e-mail alerts to any/all of the above and take advantage of those that catch their eye.

As an example, last month’s Starwood Preferred Guest American Express US Open package event PLUS cocktails with Lindsay Davenport was offered as an exclusive, two-hour, members-only event for cardholders. With only 85 tickets available (for just $165 each), they were first-come, first-served, but attendees were also provided with gift bags, fantastic hors d’oeuvres, dinner, and drinks. Not too shabby. I admit being a tennis “novice”, but chatting up a tennis legend and scoring amazing seats to the world’s most attended sporting event was pretty damn exciting. Sitting in choice box seats at Arthur Ashe Stadium is not something I ever dreamed I’d experience, but it’s a trip I’ll always remember!

Not to mention the opportunity to check out other exclusive events (like New York Fashion Week – yes, I was there too!). And these perks are all available with the Starwood Preferred Guest American Express card. If you haven’t yet signed up for the card, now’s the time!