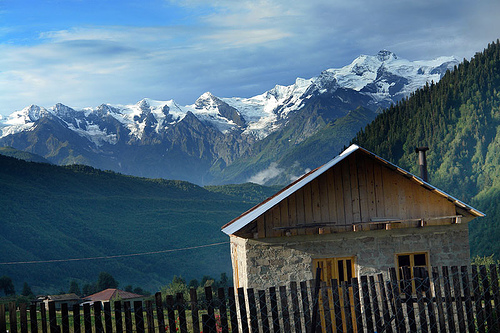 Getting “Off The Beaten Path”: Just Another Traveler’s Cliche

Traditionally, guidebook-featured locales are overrun with tourists following the recommendations as if they’re gospel. And when a guidebook finds a gem it identifies as being off the beaten path, it all too often consequently becomes as touristy as the next place.

Staying Away Because It’s Been Done Before

In traveler’s circles, Thailand used to be a sought-after destination. Now, it’s overrun with tourists, so much so that the people who “discovered it” years ago feel it has deteriorated. It’s no longer the untouched SE Asia it once was; now it’s almost too easy. There’s no adventure in visiting such an accessible place.

The same applies for Costa Rica; once a jewel, and now a haven for ex-pats looking to stretch their retirement dollars. Now, Cambodia is the “new Thailand”, and Nicaragua is the “new Costa Rica”. Great — a new country that is relatively undiscovered in relation to its neighbors. As they become more politically stable, we can expect the influx of tourism to increase in these “new” places, and soon they’ll be old news too. Then El Salvador will be the new Nicaragua. And on it goes. Soon enough, the whole world will be old and over-done and there won’t be any reason to leave home. 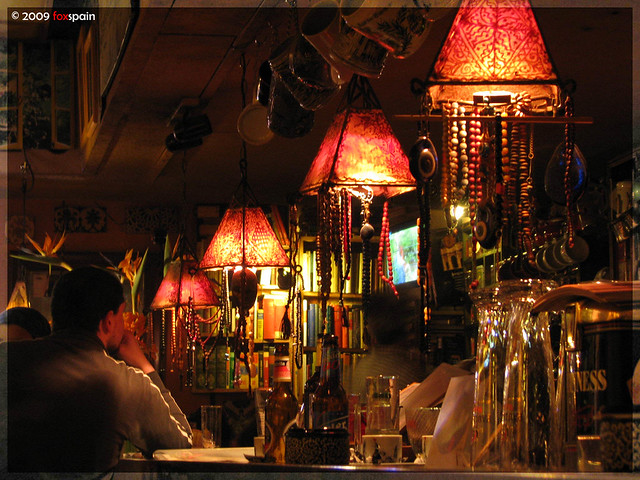 Drinking with the Locals

We previously looked at the different types of travelers who differentiate themselves from tourists. It seems that just being a tourist isn’t where it’s at any more; people want more. We want our trip photos to look like the “real deal” — no bewildered foreigners with cameras hanging around their necks in the shot, thank you very much.

We want to eat where the locals eat, drink where they drink, and generally peek into the local life wherever we go. To do this though, we know that locals generally won’t go places that are rampant with tourists; enduring the tourist’s curiosity and unwitting cultural faux pas will wear anybody down after a while. So we, as the unwitting tourists, try getting off the beaten path to find that slice of life where we can drink the night away at the hospitality of a local bar, sit in a café and observe how the locals interact, or hike a gorgeous trail that nobody knows about.

But really — if it’s a good bar to go to (as a foreigner), if it’s a happening café, or if it’s that gorgeous a trail, has it not already been discovered? Conversely, how will you discover it if it’s not yet been discovered?

Maybe for your first time in SE Asia for example, visiting a “touristy” destination is a good idea. Despite the accessibility built into places like Thailand, you are still guaranteed to be overwhelmed with culture shock; to feel like you’ve stepped onto another planet with the foreign language sounding more like a fax machine than words; to wonder at the effort required just to find your hotel, much less how to order dinner and not offend anybody.

Even though these places may be thoroughly trodden on the beaten path, they’re still worth seeing. If, after seeing all you can in these places and having become better acquainted with the customs and culture, you still want to get off that beaten path, then you can easily find what you’re looking for if you’ve done your homework.

In becoming acquainted with touristy-Thailand for example, maybe you make fast friends with a local who knows enough English to get by, and are invited to a family wedding. That’s about as far off the beaten path as you can get, and you’re still in touristy-Thailand. How about that? 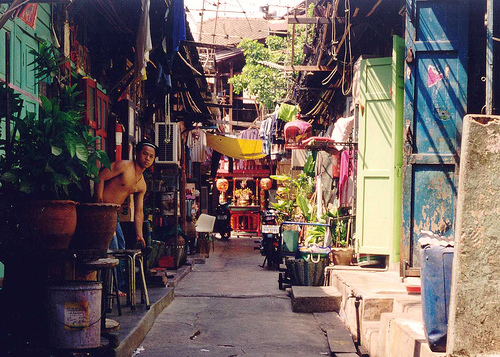 How Far Are You Willing to Go to Get Off the Beaten Path?

… and are you ready for what you may see if you get there?

With the advent of poverty tourism and doomsday tourism, people crave more and more of the gritty side of life in search of their definition of “off the beaten path”. They want to see how the “other side” lives in the poorest of townships. Why? Possibly so they can feel better about themselves (how sad), or so they can help or bring awareness to the world of what goes on in these run-down places, having seen it first-hand. Sadly, I suspect many people’s motives fall into the former category, whether or not they’ll admit it.

Doomsday tourists also want to see things nobody sees, or at least things that nobody will see in the future. They’re in search of the sights that will soon be non-existent for one reason or another. To be the one to say “I saw it, I was there” once it is gone is apparently worth money.

I understand these forms of tourism to a point. I am an adventurer and a story teller, so I would like to be able to say, “I saw that township and want to help”, and “I saw that relic before it was gone”, in the hopes that we can find a way not to repeat history. But at what cost do these trips come? Are the townships that people are touring really off the beaten path if there are tours going through? What do members of these tours see, in relation to what’s really going on in these areas? I would argue that they’re still not seeing the real thing — just a fabrication of what they want to see.

“Oh look honey, these people are dirt poor, but they are smiling for the camera, and seem to be happy with their lot in life. It must be okay. Shall we have lobster or steak for dinner tonight”?

“Oh look, these fish are dying on this reef that will soon be obliterated due to global warming, That’s so sad. Quick — take a picture before it’s too late!” (These same people produce enough carbon emissions with their flight alone to do more than their part towards said destruction, then return home to commute in their gas-guzzlers). 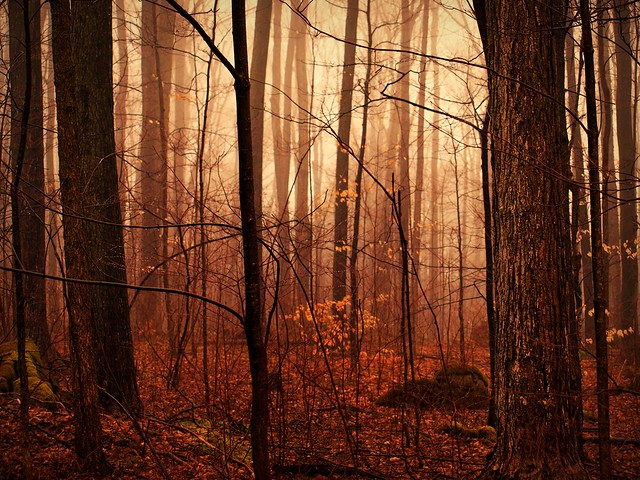 Why Do You Want to Get Off the Beaten Path?

Do we really want to see what’s off the beaten path? And if so, why? No really — why?

If it’s being recommended in a guidebook, if it’s featured online, or if a tour goes there, you probably aren’t actually getting off the beaten path. But then again, is that really so bad?

Sure, none of us likes our trip photos to be littered with camera-toting tourists (it takes away from the beauty and drama of the location), but there’s a reason why places become touristy. It’s because they’re well worth visiting.

I’m not saying that there aren’t a million wonderful undiscovered gems in this world worth seeing — there surely are. But before blindly going in search of them, you would do best to first define what off the beaten path means to you, and why you want to get there. Don’t just search these places out because it’s the thing to do. This perpetuates the “off the beaten path” cliché; and if you’re a traveler looking to get away from travel clichés, this should mean something to you.