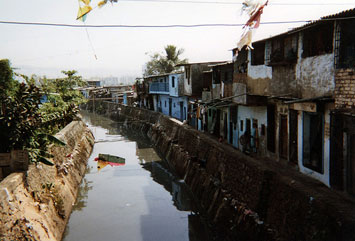 Pick your way through a squatter settlement of Mumbai, India, where one million people live in an area half the size of New York’s Central Park. Step over rats in the shanty towns around Rio de Janeiro. Or meet local South Africans living in a Soweto township near Johannesburg, dubbed the most dangerous city outside of war zones. These kinds of activities all fall under the heading of poverty tourism.

Like many forms of dark tourism, poverty tourism — sometimes called poorism — has only been given its label recently. Poverty tourism commonly refers to small organized tours that you can take upon arriving in a city, and these tours will walk or drive you through an area of extreme poverty. When I first heard the term it sounded like pure voyeurism to me — come and watch how the funny poor guys live — but when you dig a bit deeper, the pros and cons of poverty tourism become much more complicated.

What Do You Do On A Poverty Tour?

While poverty tours exist in all parts of the world — even in developed countries, there are tours of the immigrant zone of Rotterdam in the Netherlands, or around poor areas of Houston or New York — the most common tours you’ll hear about are those of the favelas in Rio de Janeiro, the shanty towns in South Africa, and of the squatter settlements of India, particularly in large cities like Mumbai. Some of these trips have been running for the best part of two decades, usually quietly, without heavy promotion. Let’s take a look at three different poverty tours to try to better understand the situation. 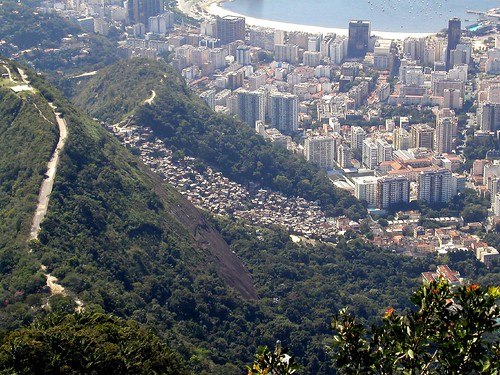 Favela tours are perhaps the most well-known form of poverty tourism. And perhaps because they’re known, and many tourists want to take one, they push the barrier of what is acceptable — at least that’s my opinion. One of the original guide companies, Favela Tours, which has been operating over fifteen years already, do it right: the company founder Marcelo Armstrong knows a lot about the complicated situation of poverty in Rio, and is keen to show tourists that even in favelas, the people are striving to develop, and he takes his tours to community day care centers and radio stations run by the locals. But the business of taking tourists into favelas has been around long enough now that less reputable entrepreneurs are also trying to take their cut of the tourist dollar, and that’s clearly bad for the favelas and bad for the tourists.

On the outskirts of Johannesburg, and on the edge of Cape Town, along with other parts of South Africa, tourists can visit the squatter townships. A friend of mine lived in Cape Town and when I asked her for traveling tips, taking a township tour came high on her list. I never did, but I’ve often wondered why so many people want to.

The township tours around Soweto, for example, seemed to spring up more by accident, arising from demand. Bus loads of tourists bound for other tourist attractions drove through the townships to stop and take a look from the safety of their buses. A few locals decided to offer tours around the townships so they could make some money out of the passing trade. With security tightened for visitors, they can see the huts where people live without water or electricity, and understand what tiny and cramped conditions the people live in. 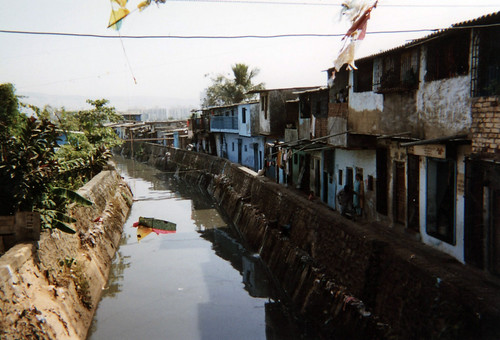 Since 2006, Reality Tours and Travel has offered visitors to Mumbai the chance to tour the Dharavi area of the city, dubbed “the biggest slum of Asia”. A young British guy, who had the idea for the trips after visiting the favelas of Rio, teamed up with a local Indian man to run authentic walking tours around Dharavi. They want to show the reality of life there and at the same time dispel the myth that the poor there are lazy or helpless, but rather working hard to improve their lives.

What I like about the Dharavi tours is the effort taken to keep the tours grounded in reality and avoid the possibilities of voyeurism as much as possible. Tourists are not allowed to take photographs, and the groups are kept to a maximum of five people so it doesn’t look too intrusive. They also use guides who are very knowledgeable about the area, so they can answer all your questions, and the company gives 80% of the after tax profit from the tours to local NGOs to help alleviate poverty.

Here’s a view on the poverty and tourism debate from somebody who hasn’t experienced poverty: at the 28th FITUR tourism trade fair in January, 2008, Spain’s King Juan Carlos focused his opening speech on telling delegates that expanding tourism into poverty-stricken countries is not just interesting or desirable, but necessary:

Tourism is a driver of understanding between peoples. It is an effective instrument with which to eradicate poverty and to improve the legitimate aspirations and well-being of citizens.

Is this really the case? Well, of course, it depends. Personally, I think that if it’s managed by real, interested professionals, and sensible ground rules are set — don’t take photographs, don’t give money or candy away (donate through a suitable charity or organization instead), stay in small groups, and so on — then perhaps poverty tourism really does provide some benefits for the locals. And at this stage in its development, when it’s mostly undertaken by fairly seasoned travelers who are genuinely interested in understanding more about a country and its people, it seems that such tours can truly be managed in this way. My fear is that poverty tourism could become a more mainstream activity, and money-hungry travel agents will start sending in large air-conditioned buses full of ignorant tourists snapping hundreds of pictures, and then the rot will really set in.

If you decide that a poverty tour is something you want to do, then I’d recommend reading these tips put out by Budget Travel. This piece provides all kinds of advice from how you can contribute to the community you visit, what you should and shouldn’t do, and opinions on taking photographs, bringing children with you and chatting to the locals.

Have you been on a poverty tour? Would you choose to take one in the future? Feel free to share your thoughts in the comments section below.