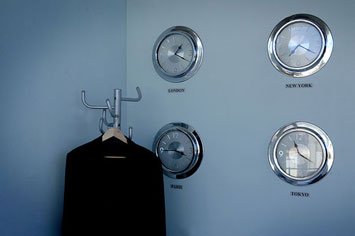 The idea of traveling somewhere to kill yourself is as as far away from my own personal experience as you get. For me, preparing for a trip is a time full of joy, excitement and anticipation. And arriving at my destination and being able to experience new sights and sounds just makes me feel so alive.

And that’s just one of the reasons why writing about the topic of suicide tourism for this dark tourism series is more than a little disconcerting.

As it turns out, there are really two distinct forms of suicide tourism. The first is when somebody travels somewhere away from home and commits suicide, often at a famous landmark. The research hasn’t quite worked out yet if these people planned their trip with suicidal intentions or if it just seemed like a fitting location after they arrived, but nonetheless there are some pretty shocking statistics of just how often this occurs. The second form of suicide tourism is something quite different, and involves people who travel to a country where assisted suicide laws are less strict. That is, people who are usually terminally ill and wish to end their lives at a time of their choosing and without so much suffering find a place where they can end their lives relatively peacefully, perhaps with family at their side, and without medical staff or family members being at risk of criminal charges.

Most people know a local suicide spot — a cliff, a tall building or a bridge, perhaps — where it’s well-known that several or more people have committed suicide. Bring this to a larger, worldwide scale and you might be surprised to consider the idea that there are landmarks around the world that have been the site of dozens or even hundreds of suicides.

I think it’s terribly sad, not only for the victims and their families, but also for the locals near to such landmarks, that beautiful or significant local icons can be turned into such dark places. It’s said that those who commit suicide at a famous location might do so because they think that their death will attract some media attention, and a certain notoriety will be attached to their memory. But I don’t really think that’s a good enough reason. In any case, it’s still somehow morbidly interesting, as an outsider, to look at the places which have gained a reputation as landmarks for suicides.

San Francisco’s Golden Gate Bridge, for example, has been the site of perhaps some 2000 suicides, along with some controversy over not adding protective railings to halt this.

Committing suicide in downtown New York is also relatively common for tourists. The statistics show that over 10% of the suicide cases in Manhattan were tourists, and often those who chose to die at a famous landmark.

In Australia, a scenic tourist spot known as The Gap in Sydney is the site of 20 to 30 suicides per year, although it’s never been reported how many of these are tourists from other parts of Australia or overseas.

The list goes on, but I’m still sure that when I visit these famous places, I’ll be enjoying the scenery rather than considering ending my life.

The issues of assisted suicide or euthanasia are exceedingly complicated, and everyone has their own personal opinion on the morality of such deaths.

But beyond that are also issues of legality, and what is legally allowed in one country is a punishable crime in another. These legislative differences have produced the second form of suicide tourism, when people travel to another state or country where they will be legally permitted to end their lives. You are going to die anyway, so why not in Cambodia?

Some suicide tourist destinations are, in my opinion, darker than others. For example, take the case of an American man living in Cambodia who set up websites to encourage people who wanted help to end their lives to come to Cambodia where it wasn’t illegal. Distasteful phrases like “You are going to die anyway, so why not in Cambodia?” were included on his websites.

Other destinations handle the issue more sensitively. Switzerland is the most commonly cited destination for suicide tourism of this kind, although the statistics suggest that between 1999 and 2004, only 200 foreigners visited Switzerland for assisted suicide.

While Switzerland has the most open legislation regarding assisted suicide, the Netherlands, Belgium and the state of Oregon are also locations where the penalties are few or non-existent. Although the laws usually strictly regulate multiple doctors being involved and the lenience existing only for terminally ill patients.

What Suicide Tourism Means For Me

So, these are the realities of suicide tourism. Having this new background will certainly make me a little more thoughtful when I’m traveling in the future.

I will remember how lucky I am that I can enjoy my travels so fully, and am not suffering the mental or physical anguish that must have accompanied those who’ve died in the past and led to the topic of suicide tourism existing. I’ll be grateful and thankful for the new experiences and impressions I can get. But perhaps that’s a golden rule for all aspects of travel, anyway.

Next in this series: Doomsday Tourism: Seeing It Before You Can’t.