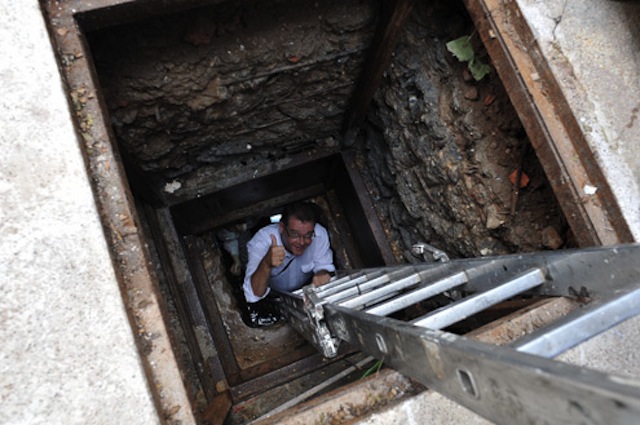 Hanoi Hotel to Reveal Secret Bunker to the Public

The secret bunker at the Sofitel Legend Metropole Â©vietnamnet.vn

During reconstruction last summer at Hanoi’s Sofitel Legend Metropole, an old bunker was found. It was long known that an air raid shelter allegedly dating back to the Vietnam War was buried beneath the hotel, somewhere near the swimming pool. Next week, the Sofitel will officially open the bunker to tourists.

The opening ceremonies will welcome those who were once sheltered in the bunker. Folk singer Joan Baez was one ‘tenant’, but it isn’t confirmed whether she will attend or not.

More on the Sofitel’s bunker can be found here.