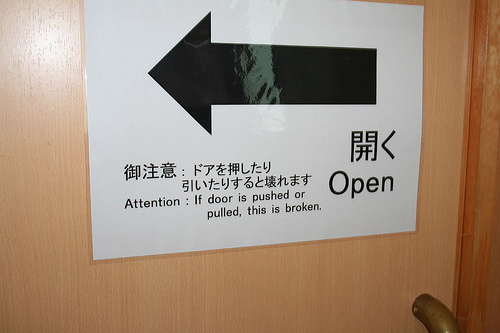 Long term travel is really a strange and unnatural experience. Your perspective on the world and on yourself changes entirely. If you’re traveling in countries where you don’t speak the language fluently, you can feel like a child, unable to properly express yourself, reliant on others to help you.

A psychologist could probably explain this much more technically, but I have only my own experience and that of my many traveling friends to go on. Some days, on a big trip, you can feel down on yourself. You’re not at work, being told that you’re doing a good job; or at school, getting feedback on your tests that you’re learning something. You may not even have anybody nearby telling you that they appreciate or like you.

That’s when you need to look for the achievements you make every day while you’re traveling. Nobody’s paying you, and it’s not for college credit, but you can be proud of yourself just the same. If you’re not sure where to look for these moments of pride, take a look at this list and keep it in mind when you have a lost day like this on your travels, long or short. 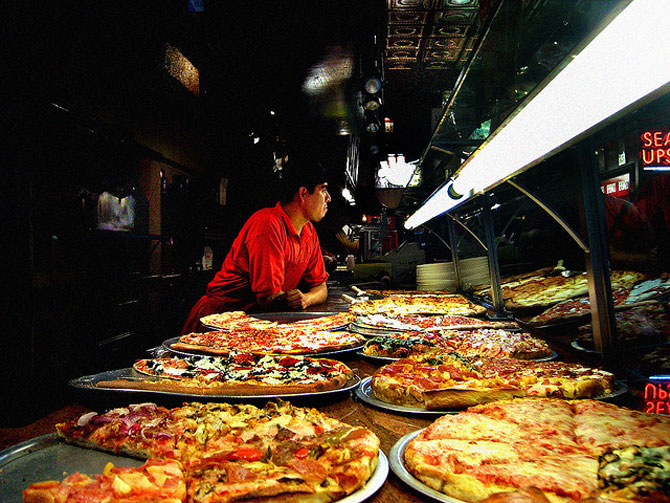 #1 – Communicating, or “How I Ordered a Pizza in Japanese”

You can start to feel really dumb when you can’t speak a language fluently. Perhaps you meet up with people in a bar and can’t express all your thoughts clearly, or you’re trying to buy something you need and are unable to explain to a shopkeeper exactly what it is.

Be realistic with yourself. Most people will never speak more than a couple of languages fluently — many won’t get past one. Don’t berate yourself for not learning faster. Once you get realistic, look at something achievable and do it.

While I was living in Japan, and really trying to learn Japanese from a great program where volunteer housewives struggled week after week to teach us, I had one goal as Christmas approached. We were craving a pizza, and since Christmas was a working day for us, we decided to splurge on a home-delivered pizza after work (they’re expensive in Japan!). That meant I had to call up a pizza joint and order in Japanese. Man, was that tricky. But the pizza arrived — along with a pizza delivery guy in a Santa hat! — and it really made Christmas.

#2 – Navigating, or “How I Got Up to Bratislava Castle”

Reading maps is a skill that some people just naturally have (not me) and others have to work hard at. Reading maps full of foreign names that you can’t pronounce and can’t remember makes it that much harder. If you can match up the Cyrillic letters of a sign on a Russian street to the version in your guide book, give yourself a pat on the back. Better still, if you can match Chinese characters to the miniscule writing on your hostel’s business card, congratulations.

I’ve done my fair share of getting lost in foreign countries — and in fact, getting lost is very often a blessing in disguise — but just the same, there are times when you do really want to find your way somewhere.

Sightseeing in Bratislava with a few girlfriends who had even worse map reading abilities than I did gave me the chance to navigate up to Bratislava Castle. An ugly communist-era bridge makes it trickier than usual, as do streets with distressingly long names, but I did it, one corner at a time.

#3 – Economics, or “How I Withdrew Cash in Tunisia”

The financial ins and outs of traveling are a tricky thing to manage, too. Those who stick to short vacations or just don’t leave home would have no idea about the intricacies of the credit card versus bank card versus travelers’ checks versus electronic transfer kind of arguments that run round your head while you’re trying to make sure you’ll have cash for a bus fare. So travelers deserve a “well done” just for having learned about these tedious but necessary issues.

Even when you think you have the right card and the right account to get money from an automatic cash machine, it’s not always easy. I remember always having a crib sheet with me in Japan which showed the characters for “withdraw cash” for me to compare with the display.

Unfortunately I didn’t have something quite the same when I wanted to withdraw some dinars in Tunisia. I must have picked the wrong machine, because despite the heavy French influence, this one seemed to speak only Arabic. Using a combination of logic, guessing and some random words from my phrase book, I actually managed to get cash out and not lose my card. 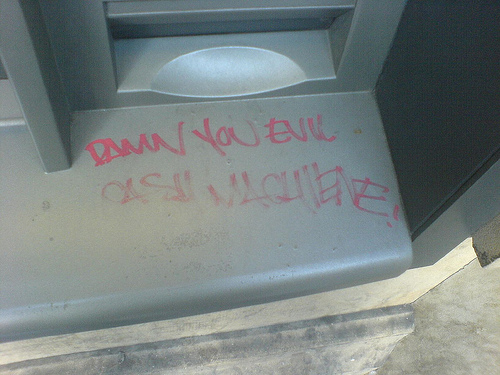 #4 — Negotiating, or “How I Kept My Cool With An Egyptian Taxi Driver”

Back in “real” life — the non-traveling life, I mean — it’s easy to get upset at people at work or home, tell them what you think and storm off. It’s not so easy, and certainly not so sensible, to do this while you’re on the road.

There’s a host of reasons for this — for starters, you don’t want to start giving your fellow countrymen a bad reputation, and on top of that, you don’t know what a stranger could do or say to you, and how blowing your cool might come across to someone from another culture. But sometimes, it’s hard to stay calm. If you manage to negotiate a tricky situation, that’s definitely another achievement to be proud of.

My moment of pride came when I (relatively) calmly talked a situation through with a truly irate taxi driver in Egypt. It’s a long story involving a mix-up with a shuttle bus and an argument over who should pay his taxi fare, but I certainly didn’t think it should be me. The taxi driver somehow chased me into the departure lounge at the airport, police officer in tow, who said I couldn’t leave the country until the fare was paid. I literally had no money, and didn’t want to miss my flight. In the end, it came down to offering him the six euros in cash I had in my pockets, and pleading with him to let me board my flight. Mission accomplished.

What have your small, but special achievements been while you’re on the road?