I’ve spent the last six years looking for the perfect travel laptop. I’ve tested iPads, along with products from Lenovo, Sony, and Microsoft to name a few. All of them have been good. But all, in one way or another, have had their shortcomings. The smallest laptops just weren’t powerful enough, the batteries of larger laptops burned out after only a few hours, etc.

After spending the last month traveling with Dell’s new XPS 13 Ultrabook, I’ve found a real contender. Mine is the “middle of the road” model, including QHD+touch display, Intel® Core™ i5 Processor, 8GB memory, 256GB SSD hard drive. I think it’s the model most people will choose as it’s a good balance of speed, power, and price.

So what’s so great about it? Here are my thoughts in no particular order …

Straight out of the box, it oozes quality. Apple has always nailed the build quality of its products but, for years now, it’s felt like PC manufacturers could never get it quite right. The XPS 13 features a carbon fiber and aluminum enclosure that feels like a flawlessly designed prop from Minority Report. It’s sleek, tightly designed, and built for life on the road. 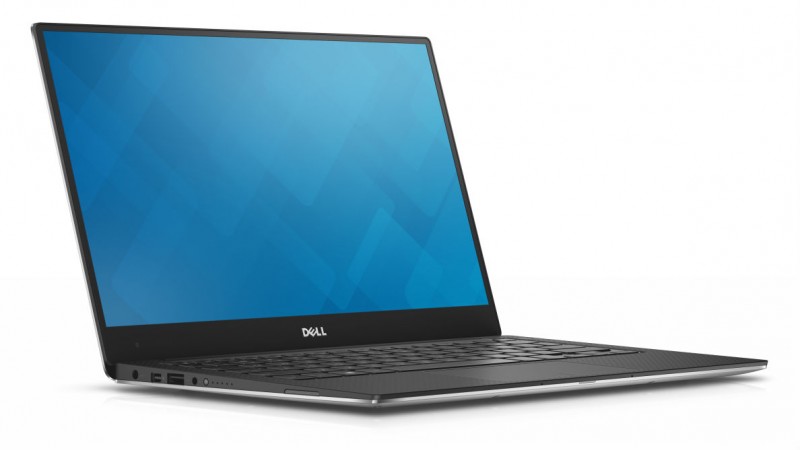 Basically it’s a 13-inch laptop that fits into a footprint typical of an 11-inch. At 0.6″ inches short at the rear, it’s also ridiculously thin — a feature that’s proven invaluable for me in terms of portability while traveling. It’s the first and so far only laptop that I’ve been able to stuff into the tablet pocket of my camera bag. 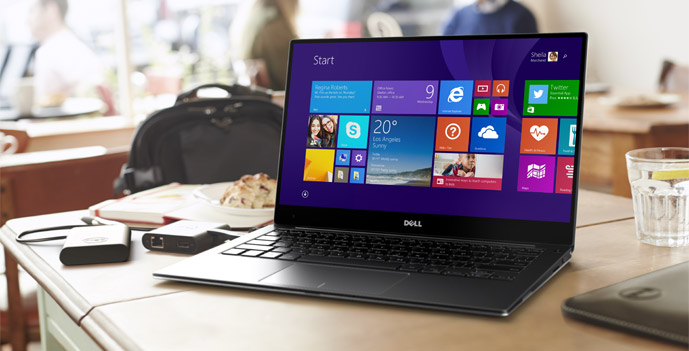 The display is the most beautiful I’ve seen on any laptop monitor period. It’s incredible for watching movies, but even more so for rendering crisp, clear text in documents and web pages. This is a huge boon for the likes of a blogger who spends hours online every day.

I can’t offer you a technical, laboratory-grade test of the XPS 13’s battery life. But, for my purposes, it’s been phenomenal. On the road, I use my laptops for a good mix of entertainment, blogging, photo editing, and emails. So far, I’ve yet to take a flight where the battery even came close to dying. And that’s without using Dell’s 12,000mAh Power Companion. If you buy one accessory with the XPS 13, I highly recommend making it this battery pack. It’s moderately sized (not much larger than the backup batteries I typically travel with) and capable of charging the ultrabook, as well as two other USB devices.

This is where most of the laptop and tablet+keyboard setups I’ve tried in the past have failed. These days, it’s relatively easy to find a small, portable machine with a great screen and stellar battery life. But most of them tend to fall flat in the power department. Dell’s not pulling any punches with the XPS 13 — they’re billing it as a true ultrabook that’s even capable of running the latest graphics-intensive version of Photoshop without breaking a sweat. And it does.

My first impressions of it were:

Everything about the XPS 13 has a “crisp” feel. From the backlit keyboard, to the touchpad, to the launching of apps, it all feels tight and “snappy”. In the short time I’ve been using it, the solid state drive has also proven incredibly snappy. The entire boot process takes less than 20 seconds. What’s more: straight from the factory, it’s not bogged down with a mountain of unnecessary bloatware.

All this, plus it boasts a 5th Generation Intel® Core™ i5-5200U Processor with 3M Cache, up to 2.70 GHz and 8GB Dual Channel memory. That’s serious power for such a portable machine.

I see myself using the XPS 13 as my go-to travel laptop for the foreseeable future. Until the laptop gods bless us with a foldable monitor that expands from 13″ to 22″ on the fly, I can’t imagine I’ll find another machine that handles my life on the road as well as this one.