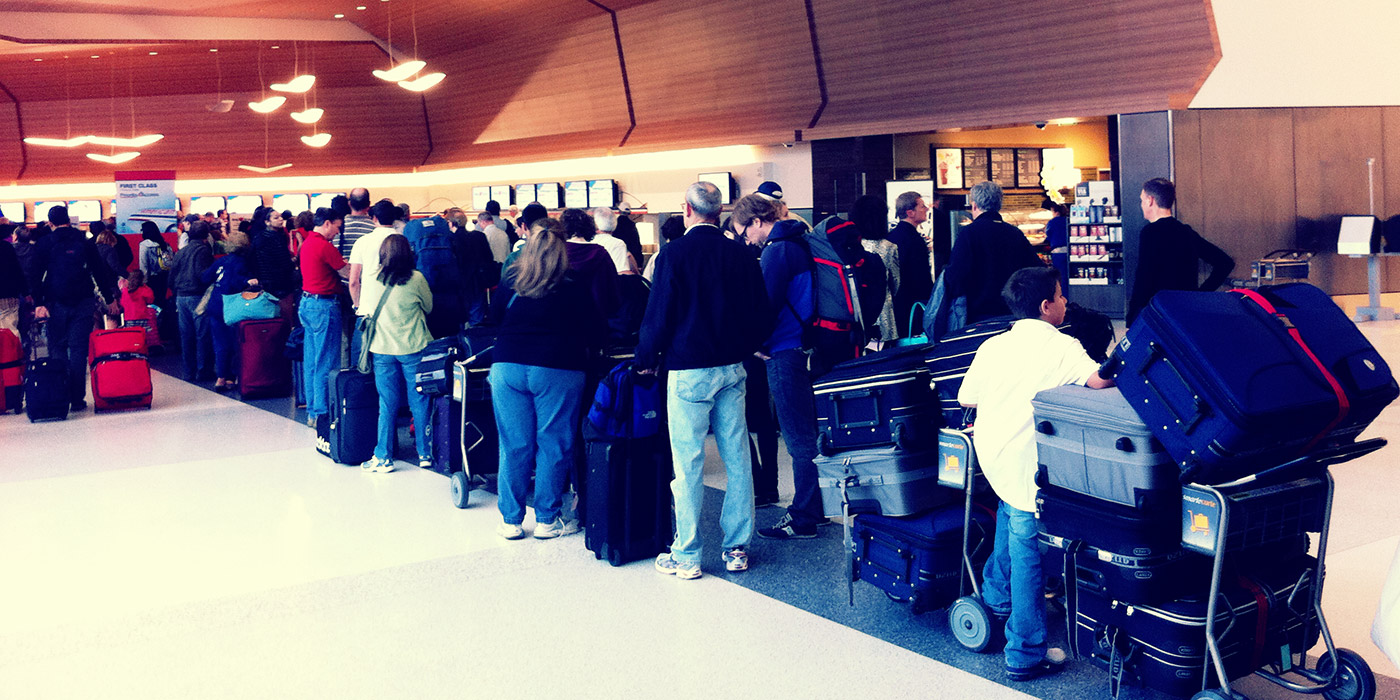 What makes an ideal traveler? Who does it best? Is it the one who goes with the flow without a particular itinerary? Or the one who knows where to go and what to do to get the most out of a destination? It’s hard to say, but we all know a nightmare traveler when we see one.

There are always signs and, here, I’ll show you how to spot six of the most annoying stereotypical travelers …

#1: The Ones With the Prince(ss) Complex 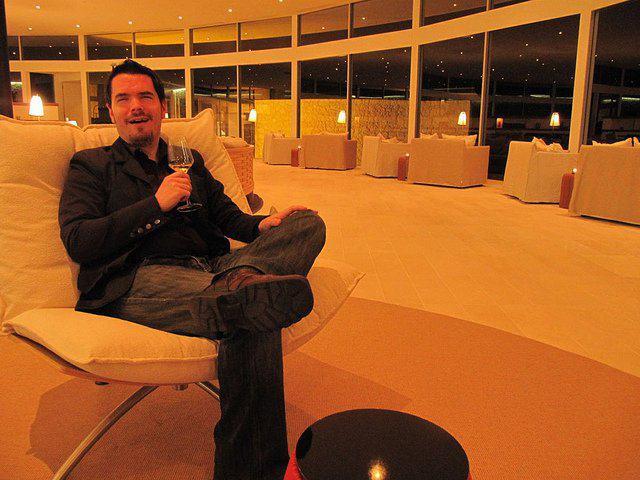 They’re traveling in this country because it has nice beaches, but, ya know, it’s just so hard to get good service here. They’ll place orders impatiently and refuse to repeat themselves or speak clearly if language is a problem. They’ll ask for complicated customizations that don’t exist on the menu, and then get annoyed when their food isn’t exactly as they ordered.

Nothing’s ever good enough — the food is too spicy, the weather is too hot, the sand is too fine, the people are too friendly — and they just want to go back home.

They’ll complain every step of the way during a hike, and expect others to sympathize with them, if not carry their bags for them. The good thing about these precious darlings is that they make you look wonderfully relaxed and easy-going in comparison and shop-keepers, hotel managers and waiters are more likely to appreciate you.

How to recognize them: There they are, sitting on a beautiful tropical beach, sipping an overpriced cocktail, their faces marred by a permanent scowl because the sun is all wrong for the selfie they have to Instagram right freakin’ now. There’s usually a harried waiter or hotel manager orbiting around them.

#2: The Ones Who Only Came To Party 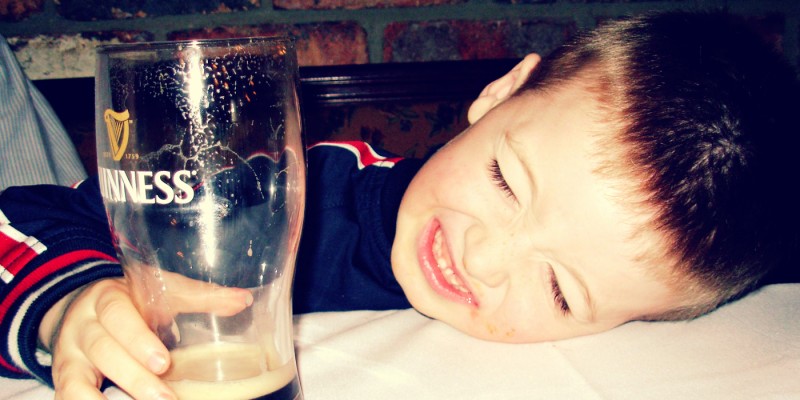 They could be just about anywhere in the world, because they sure as hell don’t care about learning about the place or understanding the people. All they’re looking for is a new place to party. They party five times a week at home, and they’re not about to change while on holiday. Every restaurant becomes their own private bar, and every beach their own night club.

They’ll play music on their phones without headphones during the breakfast buffet, or on a nature walk, and wonder why everyone is staring at them with disdain. They’re the ones who ruin your quiet romantic dinners because they have such awesome stories from last night.

The good thing about these travellers is that you don’t typically spot them during the day, because they’ve been up drinking and dancing on bar counters till dawn.

How to recognize them: The girls are decked out in high heels, body glitter, long manicured nails, hair extensions and slinky synthetic dresses, all for a walk on the beach. The guys have spiked hair, big shiny belts, snakeskin shoes and waft clouds of aftershave behind them, just to catch a drink at a local bar.

#3: The Ones Who Shouldn’t Have Left Home 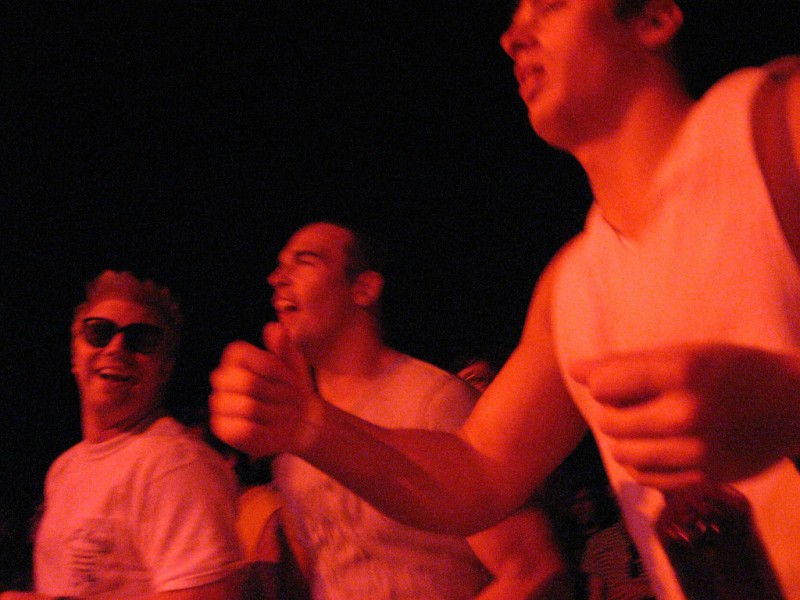 These travelers are the toughest to deal with. They talk down to the people who serve them, make fun of the country they’ve traveled to, disrespect every tradition and ignore public norms. They’ll try the local food, but make faces at it. They’ll tell everyone how much better things are back home and worst of all, they treat everyone else as inferior.

There’s not a lot good about them, but they do make you feel lucky – lucky you’re able to see so much more value in the places you go than these louts.

How to recognize them: These are the ones arguing to get into places of religious or emotional significance, the girls in hot pants and the guys without shirts. They’re the ones cracking jokes about the place they’re in and sniggering to each other not-so-discreetly.

#4: The Ones Who Are Wayyy Too Relaxed About Personal Hygiene 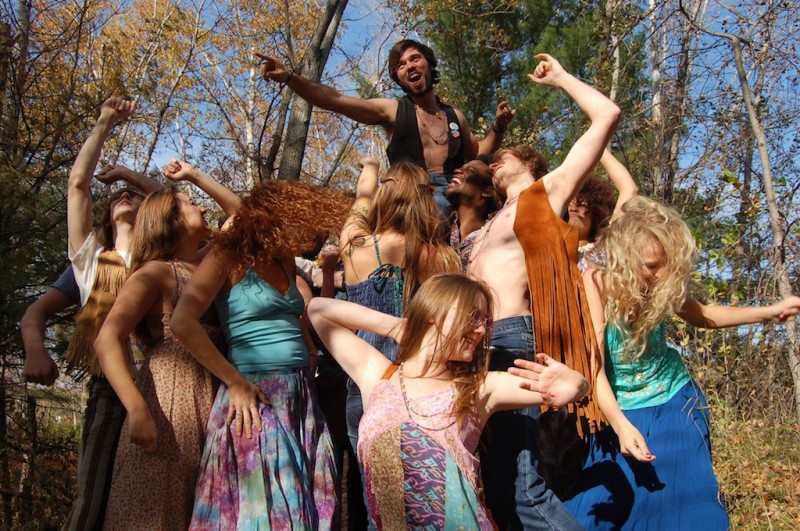 You know these ones: the Earth Mothers and Fathers. They haven’t seen a bar of soap in weeks, their hair is matted and dusty, and they don’t believe corpse-like body odor is a bad thing. You’re allowed to look like this when you’re camping or trekking, but if you’ve just stepped out of a ho(s)tel (with a functioning shower), that’s another thing.

They’re guilty of walking about barefoot in airports and public places and you definitely don’t want to be seated next to them on a long-haul (or any other) flight. T

The good thing is they usually know the cheapest places to stay for the night. If you’re behind them at airport security, prepare for a long wait. Because they’re going to be searched and questioned more than the average traveler.

How to recognize them: You’ll smell them before you see them. They’re probably wearing stained clothes and carrying bundles of clothing instead of backpacks.

#5: The Ones Who Are Way Too Over-Prepared 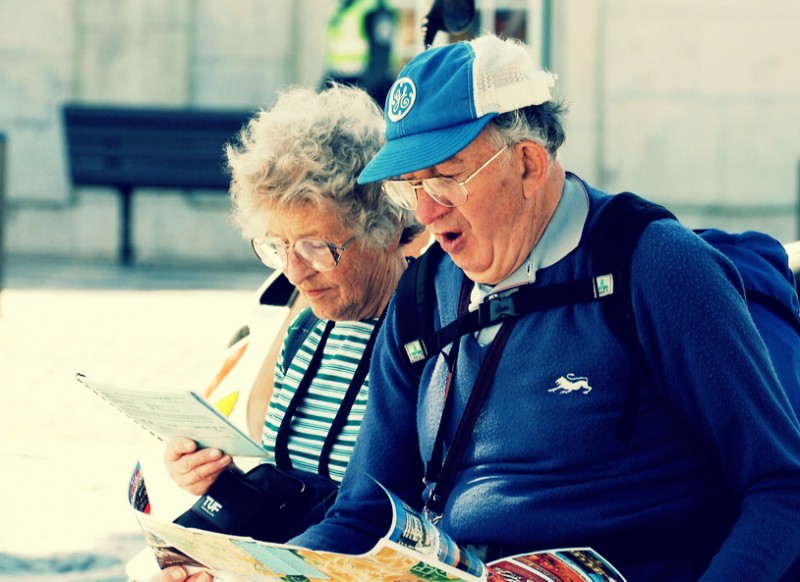 They have pedometers, walking sticks, compasses, gadgets for all sorts of things, waterproof trousers, clunky hiking boots, two cameras strung around their necks, and maps and guidebooks floating around in their pockets – just for a walk in the local woods.

They make you feel like a hippie in your sneakers and tees and will take forever to get ready in the mornings. You’ll be waiting behind them in the airport too, as they unhook and unpack all their myriad gadgets to pass through the scanners.

They’re the best ones to talk to if you need information or tips though, because they’ve done enough homework for themselves and everyone else at the airport/hotel too.

How to recognize them: They’re the ones stocking up on free brochures at the tourist stall. They have tripods, binoculars and weather charts somewhere in their bags, and they’re standing earnestly and talking to the guides for hours.

#6: The One Who Are Lenient Parents (… and All Their Horrible Kids) 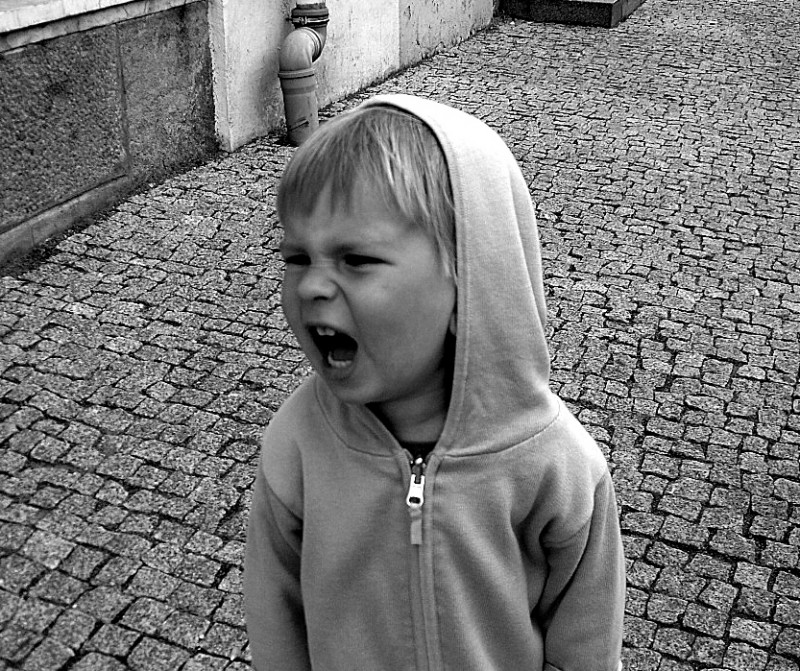 They have a hundred kids or just one really terrible brat, and they’re sitting there smiling as their little angel(s) tears up the menus, drops chocolate milkshake on strangers and leaves sticky fingerprints on the walls of the cafe. They’re immune to the utter disruption a temper tantrum can cause for everyone else.

We hope you’re never sitting close to their kids in an airplane, because you’ll be kicked in the back, your tray will be jiggled and the kids will want your earphones or dessert too. And you certainly won’t get any support from the parents.

The good thing is that they usually have Band-Aids, juice, snacks and medicines on hand to borrow.

How to recognize them: They bear a constant look of harassment and will utter soft but ineffectual murmurs to discipline their children. They blissfully change diapers on restaurant tables, and smile at their little trolls when they rip past you in the queue for the public restroom.

What types of travelers have you spotted lately? Or perhaps you’re one of them? =)