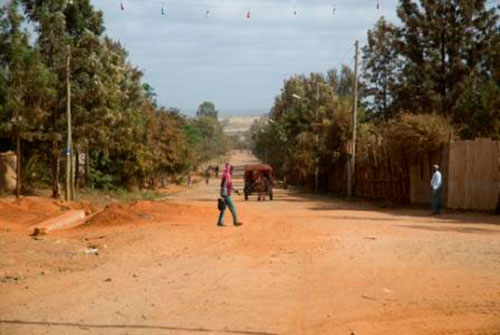 The Peace of Negele Borena, Ethiopia

Yesterday morning I had three breakfasts. One, a cup of sweet, spiced tea at a restaurant with interwoven branches for a ceiling, colored umbrellas mounted on the walls, and birds chirping overhead. Two, more tea and spicy scrambled eggs, served under the faded awnings of a once-luxurious hotel.

Three was a cup of coffee from an unmarked shop that’s supposedly the best in town, where my companions and I sat on rough dirt benches below street level. As dueling chants rang through the air””the local church and mosque competing for the attention of the faithful””a shawl-wrapped elderly woman handed us each a tiny, clouded cup.

It was a typical morning in Negele Borena (or just Negele, as my hosts call it), the town in southeastern Ethiopia where we’ve been staying for the last few days. I don’t usually eat multiple breakfasts, of course””or take two hours to get geared up for work in the morning””but the pace of life here is a little different from what I’m used to.

I’m in Negele with a group of colleagues to document the work of the Liben Pastoralist Development Association (LPDA), a local NGO that’s funded by our international organization Oxfam America. LPDA focuses on helping the region’s traditionally rural, semi-nomadic people””the Borena for whom the town is named””cope with the persistent drought that’s been spreading across East Africa.

Though LPDA’s work is fascinating, it’s Negele itself that haunts me the most: a frontier town without a frontier, a Wild West kind of place that I never knew existed. 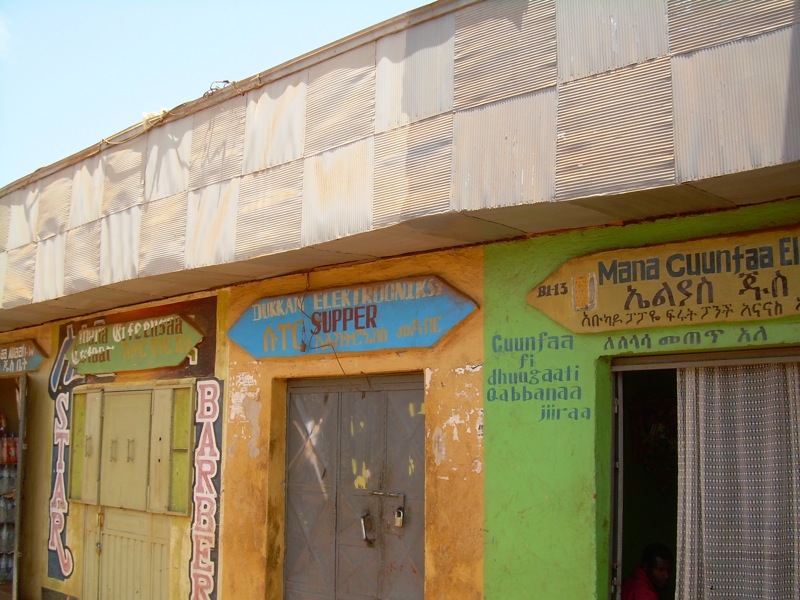 Here, there are hardly any cars, no tall buildings. The land and buildings seem comfortably faded, all hard edges softened by time and wind. Trash blows through the streets, and packs of wild dogs fill the night with their howls. The dirt roads are rutted with ditches and holes that pose a hazard when the electricity goes off most nights at 10pm.

We may have eaten three breakfasts this morning, but the other night we stumbled exhausted into one of those same restaurants, only to find that they didn’t have any food left (or even beer, which would have helped somewhat). Just Fanta and Mirinda, a sticky-sweet orange soda, warm. Did we want some?

I’ve never seen a restaurant run out of food before. I’ve never seen a whole town run out of water, either. But Negele did in February 2008, when the pond that serves as the town’s water source dried up; for a month, residents had running water only once every 10 days. Even now, the drought continues: Though heavy clouds mass overhead most afternoons, it hasn’t rained here in months.

Because of the drought, scarcity””of water, of electricity, of food””is a fact of life for people here. Things I take for granted at home (hot showers, internet access, bottles of water) require careful planning and negotiation. Water doesn’t always come out of the tap, and lights don’t always turn on. 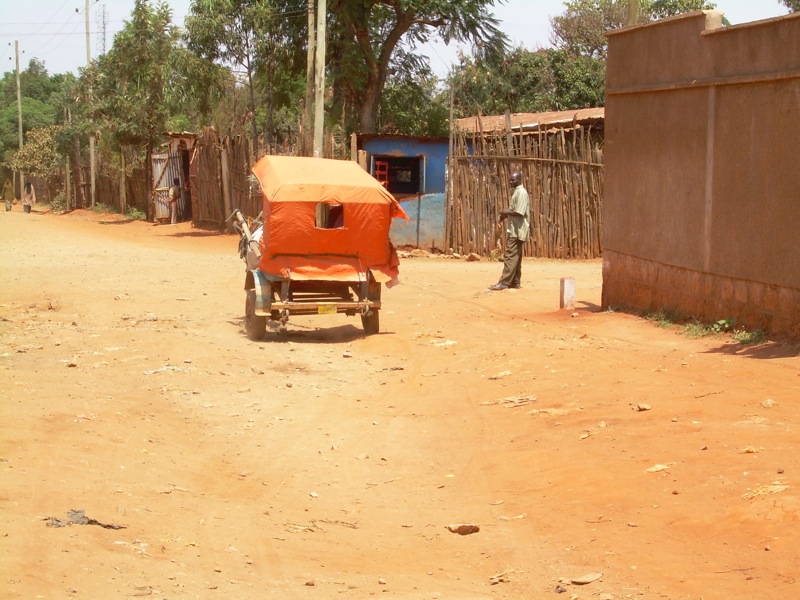 But “Negele Borena” also means “the peace of the Borena”””and it does feel peaceful here, soothing even. Each morning I wake up to the soft jingling of the gari, horse-drawn carts with tattered orange awnings that serve as the town’s taxis. Sunrise and sunset unfold slowly, each shift in color noticeable: pale green, gold, translucent rose, and a deep, lingering blue that I’ve never seen anywhere but Ethiopia. The fine, dry, clean, red dust floats through the air, working its way into the folds of my clothes, clinging to my skin; the air smells of smoke, like the tang of distant campfires. Outside of town the buildings quickly give way to scattered huts and fields of pale gold teff, the one main road carving its way east all the way to Mogadishu.

And once the power goes off, the streets become mysterious and pitch-black, the footing uneven under a sky crammed with billions of stars.

Last night a colleague and I ventured out to a ragged-looking bar lit only by a single, guttering candle, where we were lucky to get the last few St. George beers””cold ones, even. We sat outside on the street in wobbly plastic chairs, hearing the soft thump and wail of traditional Oromo music echoing down the street from the one bar in town with a generator. Now and then a truck drove by, moving slowly on the dark streets, the cough of its motor very loud in the stillness. Despite the dark, the people passing by still stopped to talk together, angling their flashlights upward to illuminate one another’s faces.

Watching them, I realized that life here doesn’t stop, even when resources are scarce.

Spending time in Negele makes me question what I need in life versus what I want. Perched on this chair, staring up at the unfamiliar constellations, a lot of the things I thought I couldn’t live without seem less than important.

I never wanted to leave. But after a long time, I made my way back to my hotel, just another light flickering through the shadows.