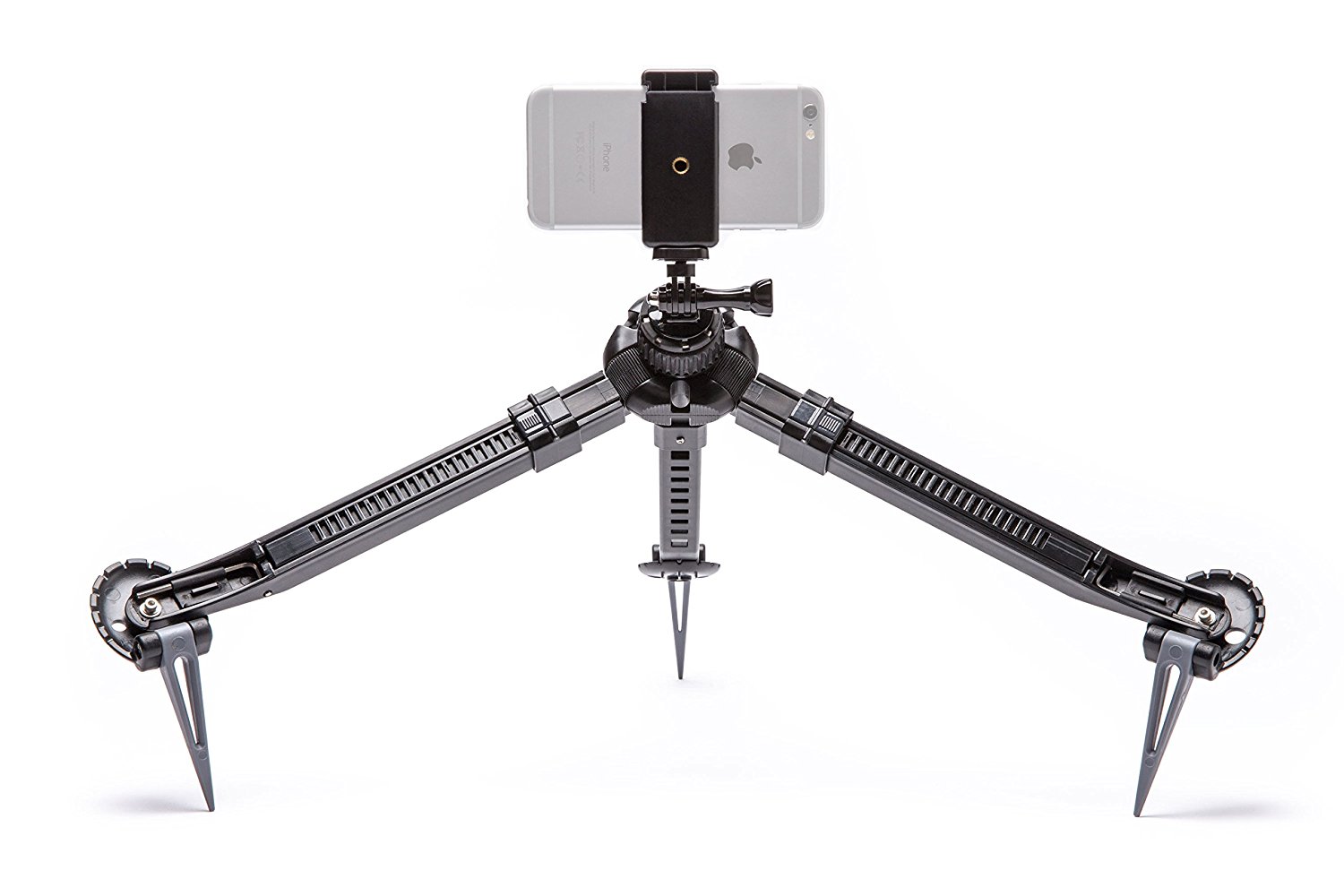 Pakpod Is the Featherweight Travel Tripod You Never Knew You Needed

If you’re a travel photographer or filmmaker, you’re no doubt familiar with the Gorillapod. The device practically became a standard among photographers on the go. I still rarely ever travel without mine!

But, Pakpod is looking to up-end the travel tripod game yet again. Last year, the unique device quadrupled its Kickstarter funding goal and quickly went into production. Here’s our first look at this one-of-a-kind tripod that could have us leaving our Gorillapod at home …

So, what is it? In the company’s own words, Pakpod is:

… the tripod reinvented. Built from the same stuff as bike and ski helmets, Pakpod is a durable, waterproof, freeze proof tripod that weighs in at less than a pound and is notable for its patent-pending staking feet.

Not only can Pakpod stake into and onto almost any surface, its independently swiveling legs and one-handed locking mechanism make it easy to mount pretty much everywhere: fences, trees, signposts, ceiling fans, car hoods, kayaks, rock walls, bicycles, hammocks and more.

The dozens and dozens … and dozens of potential applications are demonstrated here:

There’s a lot to like about Pakpod. First off, it’s incredibly compact. While not quite as compact as the aforementioned Gorillapod, it folds up pretty darn small. It’s a little over a foot long and weighs just under a pound. So, clipping it onto the side of your pack is almost an afterthought because you’ll hardly notice it’s there.

The build quality is top-notch which isn’t surprising given that its founder is a freediving filmmaker. As mentioned above, the construction largely consists of high-impact ABS plastic and stainless steel. So it’s built to take a beating and for life on the road.

But, of course, the real win is its long list of applications thanks to its 36 rigging points and telescopic legs with 180-degree range of motion. Travel photography isn’t studio photography — you need to be ready to adapt your shooting style, angles, etc. to almost any situation. That often means having to mount or stake your camera in unconventional places, situations, and terrain. Pakpod is purpose-built to securely stake down just about anywhere. As the video above depicts, the tripod can be staked into soft pack ground (sand, snow, mud, etc.); suction-cupped to a car; bungeed to a bike or person (or animal — why not?); or tethered to a balloon, drone, or just about anything you can think of. The list goes on and on. It also functions with a simple, one-twist locking system so it can be deployed quickly, easily, and often with just one hand so can keep doin’ what you’re doin’.

The base Pakpod tripod kit is customizable via several proprietary accessories, including additional stakes and carrying cases. A separate universal camera mount kit is also designed to fit smartphones.

Plus, it just looks totally badass!

Buy now from Amazon for around $99 USD.