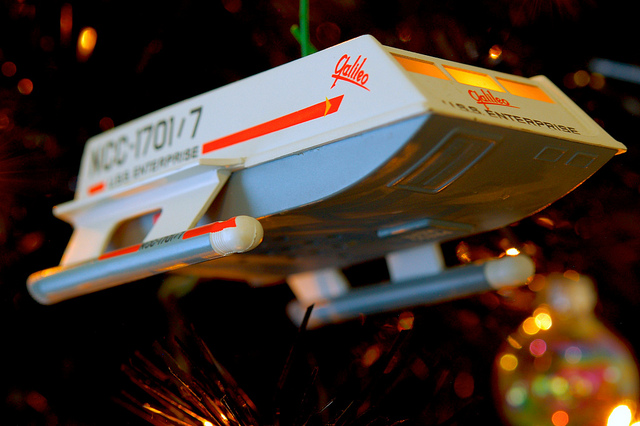 Trekkies will soon be making tracks to Space Center Houston. Fans of the original series will be able to see the Galileo shuttlecraft, which goes on display after it was acquired and restored by two fans.

The Galileo shuttle craft had been in storage in Ohio for years and was in very bad condition when Alec Peters and Adam Schneider acquired it an an auction in June 2012. They then set about having it restored to museum-quality specs and finding a museum that would display Galileo once it was restored.

The pair originally had aviation museums in mind when thinking of a home for Galileo, but Space Center Houston stepped up to display the artifact so that fans can see it. While some question the merit of having a fictional spacecraft alongside actual space gear, the role of Star Trek played in shaping the public’s views of space exploration is undeniable.

Check out more about this on Geekosystem