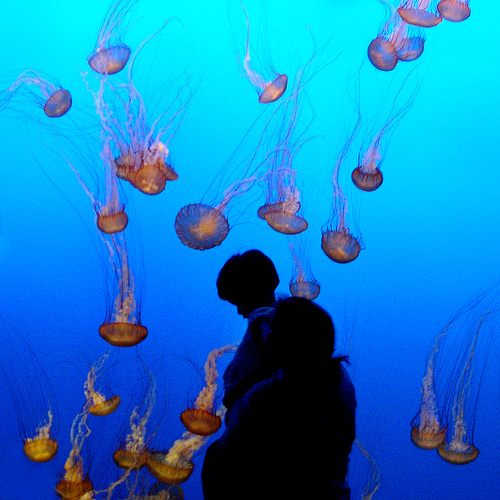 These jellyfish swarms cause several problems, including:

Jellyfish swarms occur naturally. However, the NSF claims that our pollution of the oceans may be making them worse. It is difficult to know how much human influences may have increased their habitat, but there are indications that the environmental stresses we create are increasing the jellyfish population.

Jellyfish compete with other species for food. Commercial overfishing decreases competition for food — allowing jellyfish to thrive. People introducing non-native jellyfish species cause rapid population growth. Plus, unlike many other creatures, jellyfish adapt well to the polluted and oxygen-deprived areas of the ocean called Dead Zones. Over 400 Dead Zones exist, and that number doubles every ten years.

These swarms have been found all over the world — Hawaii, Nambia, Chesapeake Bay, the Black Sea, the Sea of Japan, and more.