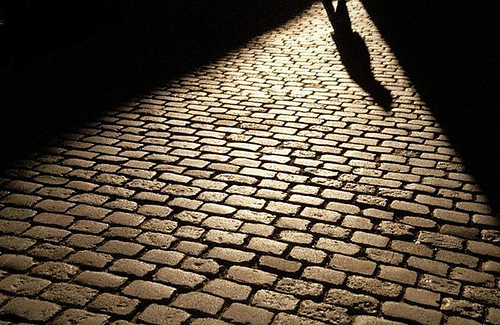 Home, No Longer: Bittersweet Memories and a Final Departure

As the breath of spring slowly rolls over Puget Sound, a sweet, heady fragrance unfurls from budding deciduous leaves and carries on the wind. The smell washes over the Seattle area’s familiar piney scent, and never fails to make me feel nostalgic; an olfactory reminder of the humming anticipation I felt throughout my childhood in those months just before summer.

Standing on the platform outside Seatac International Airport, waiting for my ride, there it was again. Despite the chill in the air, I could sense the seasonal shift. I drank it in, mulling it over and trying to swallow the fact that this would be the last time I would step through the arrivals gate in my hometown for who-knows-how-many years.

On the surface that was a reality I was entirely prepared for, even happy about. After all, I’d been hoping to land a job in Seoul in my field for nearly a year, all the while dreamily sifting through pictures of South Korea on flickr and reminiscing about the months I traveled and studied in the country. But I also wondered how I would feel as I passed the streets where I spent my youth, stealing a few last glimpses of the Northwest, this upper-left corner I’ve come to love so much.

The past weeks had been a harried mess, firing emails back and forth to news organizations in Seoul, keeping in mind a 14-hour time difference. My chest pounded through phone interviews; I hardly slept. Working shifts at the coffee shop I was absent-minded, leaning my head against the espresso machine in tired moments. But it all came to something: a job offer, and my quick acceptance.

As I left my adopted home of Madison, Wis., bound for Seattle — a trip I had planned a month prior, before even the idea of a position in Korea had materialized — only details remained. A work permit, a visa; things that would take a few weeks to get. I hoped my visit home would give me the time and space I needed to unwind.

The first morning after I arrived, the sun was peering out and my dad and I decided to take the dogs for a walk. A couple of 12-year-old labrador retrievers who were like brothers to me growing up, I was sad to see them looking so old — faces gray, limping gait. As we meandered through the early Saturday quiet of the neighborhood, my dad observed solemnly, “This might be the last time you see the dogs.”

I heard the words but the idea didn’t get through. I responded blankly, “Yeah, I guess so.”

The next day I fished through my CD collection, dug out some favorites — Res, “How I do”; The Walkmen, “Bows & Arrows”; Black Star, self-titled — and took a drive. Rows of trees were bursting into bright green, and I rolled down the windows to let in the sappy air. Passing the old schoolyard, I seemed to see memories of my earlier selves, floating like ghost-runners in an only child’s baseball game.

I pulled into a parking lot down by Dash Point pier in northeast Tacoma, about an hour south of Seattle. A group of older Korean men stood on the wooden planks, chatting in their native tongue with fishing lines dipped in the glassy Sound, reminding me of the community that first allowed me to become so interested in a nation thousands of miles away. I smiled when I noticed that one of the men was sipping on a Budweiser at not yet 1 p.m. Somewhere in the background was the sound of a weedwhacker whirring against an unruly yard.

For a moment, I hovered in that gaping expanse between then and now — a still, timeless place where my roots and my new life seemed to intersect. And then I reached for my cell phone, shattering the calm. 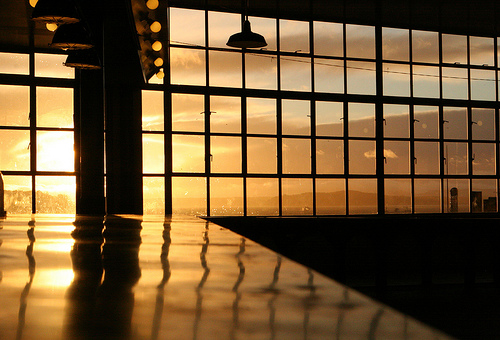 Over the next few days I spent time with friends and toured old haunts; I got breakfast at the Sound View Cafe in Pike Place Market, and picked up reading material for the flight home at the University District’s Bulldog News. My friend Nick and I strolled the University of Washington campus, its trees in beautiful bloom, reminiscing about our adventures there while admitting that the halls and corridors of the college no longer felt familiar — the faces we used to know had graduated and rotated out.

Back in the suburbs, I made a short pilgrimage to the Buddhist temple I used to attend during my high school years, a gorgeous Thai Wat with a massive gilded Buddha statue, where I found solace in my early struggles with belief. I said hello to the monks, and then sat out by the reflecting pond.

Later that afternoon I returned to my parents’ house and went downstairs to let the dogs out of their kennel. As I walked up to the gate I noticed that only Sam, the yellow lab, was there to greet me. Max, the chocolate, was uncharacteristically laying towards the back of the run, eerily still. My stomach sank and I ran to up to him, yelling his name, thinking the worst.

Then he slowly woke up.

As my relief rose something else crashed down on me, and I hung on the banister of the steps and cried for a moment. It wasn’t just the idea of never seeing the dogs again, it was the whole heavy truth that I was leaving this life behind, going far away from parents and old friends. It had always been inevitable; the only way to go forward. And despite my wanderlust and desire to be loose-footed, accepting that was harder than I’d expected.

The reality, though, was that the home I’d once known was already gone — I had just yet to bury the notion that somehow I could go back. But when I fly away from this city tomorrow, I will be departing from the pretensions I held about what this place is. This is where I grew up, I know. But home is where I kick off my shoes at the end of the day.