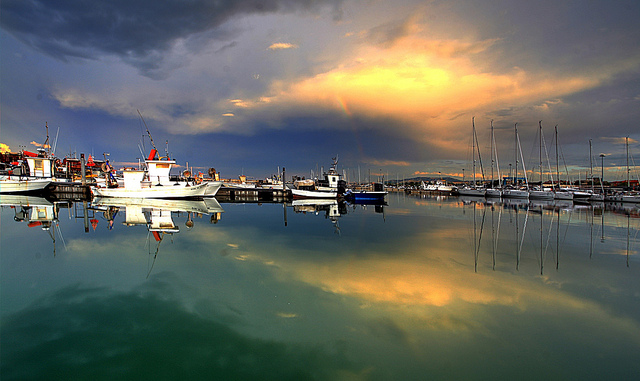 Paradoxically, Italy is one of the most over-touristed, yet under-appreciated countries in the world.

Let’s look at the facts. Each year, over 50 million tourists visit Italy to experience jaw-droppingly beautiful Roman Catholic cathedrals, warm Mediterranean climates and waters, and savor the sweet-sounding Italian dialects. In fact, Italy has over 41 UNESCO world heritage sites, more than any other country in the world.

However, most tourists only venture to Rome (the capitol) to experience the now crumbling Colosseum, then head to Venice for a gondola ride, or Milan for a day shopping at famous fashion boutiques.

Which is all well and good… but… Italy offers so much more than this well-paved “tourist trail”. And after reading this, you’ll discover a deeper, truer side of Italy.

Ready to go beneath surface-level tourist attractions? Then read on…

Sunset After the Storm in Abruzzo, Italy © George Appo

Abruzzo – located on the east coast of Italy, only 50 miles from Rome – is a true Italian city with a surprising number of outdoor activities. With the Adriatic Sea to the east and Apennine mountain range to the west, there are limitless opportunities to explore.

Five protected areas, including Abruzzo National Park, cover a third of the region. There are over 80 miles of winding coastline and 20 ski areas for skiing (cross-country or traditional) for all skill levels at surprisingly inexpensive prices (15 – 40 Euros per day).

And if that’s not enough, Abruzzo is dotted with castles and medieval towns giving it the nickname “Abruzzoshire”. Some of the most popular renaissance-style hill towns are Castel del Monte and Santo Stefano di Sessanio which reside in Gran Sasso National Park.

Best time to go: Abruzzo can be visited year round. Spring (April-May) is exceptionally beautiful with wildflowers covering the rolling hills. Winter is the best time for hitting the slopes. Like most places in Italy, July and August are hot and crowded. 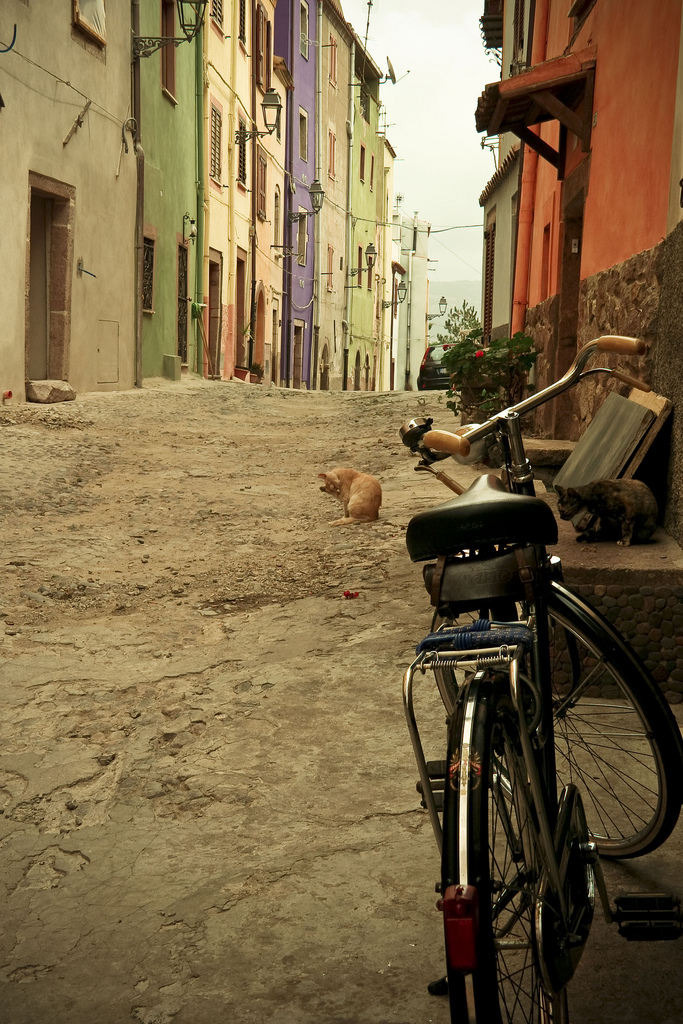 Alghero, located on the northwest coast of Sardinia (an island about the same size as Sicily to the west of Italy’s mainland), is one of Italy’s most charming and unknown travel destinations. With world-class beaches rippling the crystal clear waters of the Mediterranean Sea ashore and charming old-town centers lined with cobble stone streets, Alghero will capture the heart of any visitor.

With a prime location on the Mediterranean, Alghero was once a port and fishing town (remnants of fishing and marine life is still very present). Tourism is becoming increasingly popular and more restaurants and accommodations have been developed to support the growing interest in this hidden gem.

First developed in the 12th century, old-town offers more culture and history. Churches and historical buildings line the old-town center, while Lido offers lively beach scenes with plenty of beachfront accommodations, restaurants and bars (most of which provide live music).

Best time to go: Alghero is best visited in spring and fall to avoid scorching hot summers. January is also a good time to visit with shorter, but moderate, afternoons. 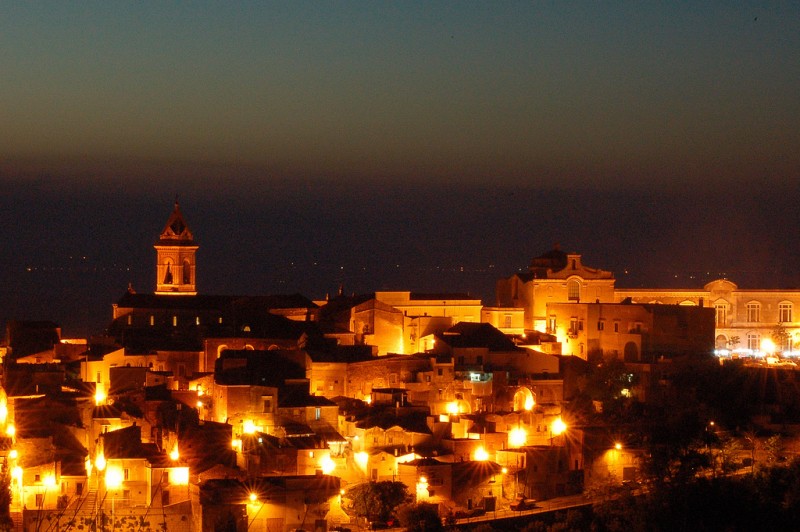 Apulia – better known as Puglia – lies along the southeastern coast of Italy (on the heel of the boot) and is jam-packed with activities. Despite its dry terrain, Apulia is renowned for its wine and olive oil production. In fact, one tenth of all wine drunk in Europe comes from Apulia.

Interested in truly unique architecture? The small town of Alberobello, located in the province of Bari, is scattered with world famous trulli (stone cone-shaped cottages) which became widely popular in the 15th century for people avoiding taxes. They are only located in the Apulia region and became a UNESCO World Heritage site in 1996.

The Castel del Monte, located just north of Bari, is one of the main sights in the area. The unique octagonal design was constructed of marble and features eight towers on the exterior. Built between 1240 and 1250 by Frederick II, it was never fully finished and used primarily during that time as a hunting lodge. Of course, this doesn’t detract from its beauty.

And now for my personal favorite. Lecce, known as the “The Florence of the South”, is best known for its Baroque architecture. Many buildings were designed out of “Lecce stone” – a type of limestone which is ideal for sculptures due to its soft and impressionable texture. Most major sights – such as the Church of the Holy Cross (Chiesa di Santa Croce) and Government Palace – are within walking distance and should be explored on foot.

Best time to go: The best time to visit Apulia is in June or September. Avoid visiting during the summer when it’s scorching hot (starting to notice a trend?). 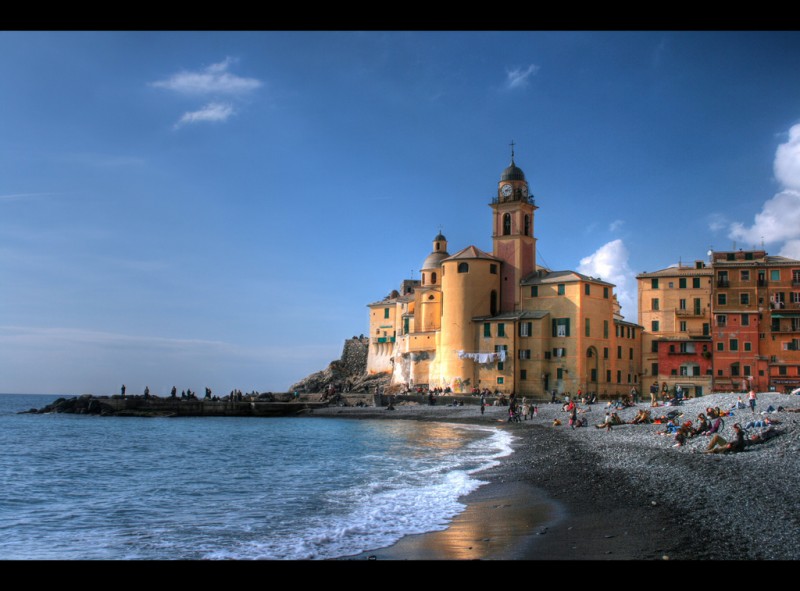 Regarded as one of the most beautiful cities in Italy, Genoa is rich in history, architecture, culture, religion, and life. It stretches for 24 miles along the north-west Ligurian Sea in-between the towering Apennine Mountains. With over 610,000 people living in the city, the architecture towers above endless mazes and labyrinths that may – or may not – open into a bustling square.

With a rich history tied to the seaport and marine life, Genoa has the second largest aquarium in Europe. Located in Ponte Spinola, Porto Antico, The Aquarium of Genoa receives over 1.2 million visitors a year and aims to educate people on conservation of aquatic environments.

The Piazza de Ferrari is the main square of Genoa and draws a crowd for the recently renovated fountain and important historical buildings – such as the Palazzo Ducale – which surround it.

And if you love Italian food, Genoa offers something truly world-class. The combined ingredients of basil, garlic, and olive oil constitute Genoa’s gift to the world — pesto. Be sure to pop into one of the many focaccia stands that appear on nearly every street corner.

Best time to go: The best time to visit Genoa is in July with half the precipitation as any other month and average highs at 81 degrees and average lows at 69 degrees. However – unlike most of Italy – anytime between May and October you’ll be pleasantly comfortable.

As you can see, Italy is much more than what brochures promise. Take time to enjoy these under-the-radar locations; you’ll be glad you did.