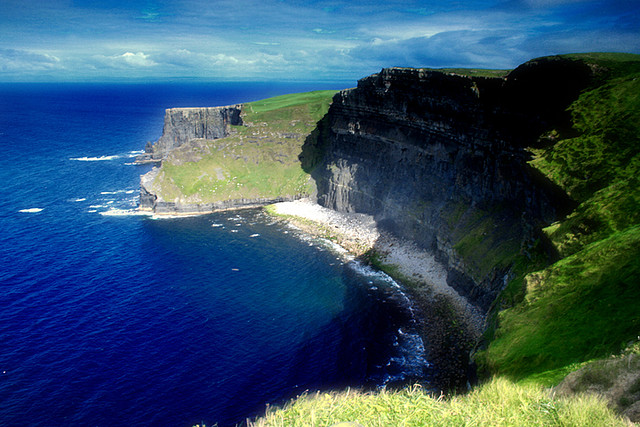 I remember returning home to Ireland after almost two years travelling back in 2007. I got as far as Heathrow and joined the check-in queue for an Aer Lingus flight to Dublin. The flight was subsequently delayed and I recall smiling as I noticed the sound level of conversation beginning to steadily rise. Irish people who had been strangers a short time earlier were now exchanging the latest travel news and engaged in friendly chat.

So why are Irish people among the friendliest in the Western world? I’ve always had an interest in ancient Irish history and culture which helps shines a light on a possible reason for one of our most enduring and popular character traits.

It turns out that in ancient Ireland, hospitality was mandated by law. Welcoming a stranger was an enforced cultural norm with a detailed set of customary guidelines. To refuse hospitality was to risk being shunned and sanctioned. This might seem a tad draconian and archaic nowadays, but there were several practical reasons for this law.

Ancient Ireland had no towns or major roads and areas were isolated by mountains, vast boggy marshes and huge forests. Encouraging a culture of hospitality promoted travel, trade and the exchange of new ideas, crafts and traditional arts. This led to a very vibrant rural society in ancient Ireland and helped forge a unified cultural identity.

Strangers could arrive unannounced at the door of any Irish homestead and be expected to be provided with hot water, a warm meal of meat and veg, a clean bed of straw and entertained with music, poetry, songs and stories by the fireside. This custom is reflected in the Irish language in one of the most popular phrases, céad mÃ­le fÃ¡ilte, which translated means ‘a hundred thousand welcomes.’ I believe that this ancient code of hospitality has left a cultural imprint on Irish people who came to recognise the mutual advantages that come with a friendly and outgoing disposition and giving strangers a warm welcome. Modern bed and breakfasts are our closest link to this ancient custom as they still open their homes to guests and often go out of their way to make sure they experience authentic Irish hospitality in its many forms.

In the spirit of times past and The Gathering 2013, B&B’s will be offering a complimentary cup of tea and home baking to guests on arrival, plus an informal chat and introduction to their local area.

This might be the perfect time to visit Ireland and experience the warmth, wit and hospitality of its people for yourself, in this year of the Gathering 2013.