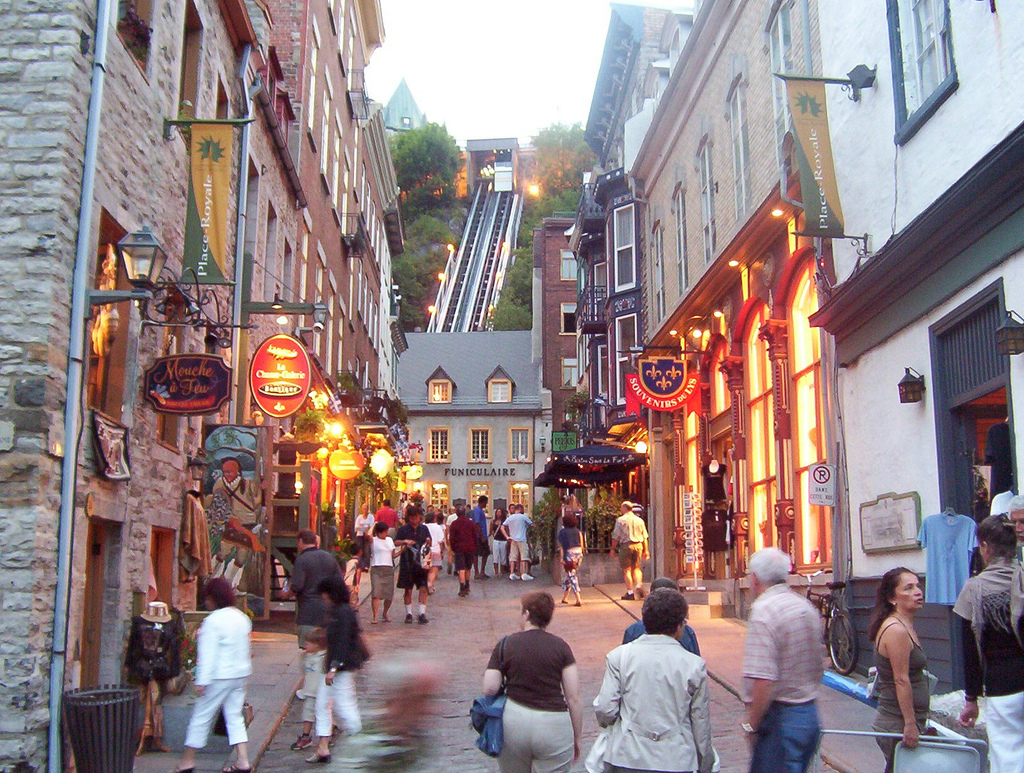 Explore Canada Like a Local: How to Relive Quebec City’s Fascinating 400-Year History

I came to Quebec to backpack the province’s national parks. To step into the vast Canadian wilderness with nothing but a backpack and tent in tow. To live for nine full days not unlike Les Stroud … if Les traveled in a cush, four-wheel drive SUV, broke for daily coffee runs and relaxed on short-haul flights shuttling him from A-to-B. And with fancy GPS gadgetry, ready-to-eat breakfast meals, and $700 worth of MEC provisions.

OK, so perhaps I’m not exactly “roughing it”. I demand a few more creature comforts now that I’m over 30. But let’s not get into semantics. Plus, the CTC offered me two nights at a charming hotel in downtown Quebec, Quebec (the city so nice, they named it twice). How could I resist? Given that it was my first two nights in the city, I thought I’d ease my way into this epic journey. 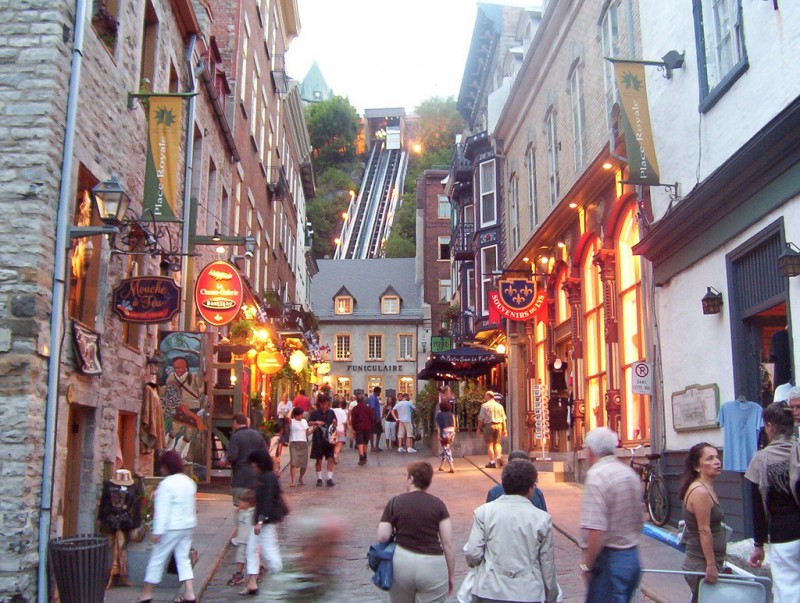 You might ask why downtown Quebec (the city, not the province) is part of a backpacking trip through Quebec’s (the province, not the city – confused yet?) national parks. Good question. It’s because Parcs Canada manages not only the national parks, but the fortifications of Quebec City as well.

And a beautiful city it is. While I’d visited before on several occasions, I’d never been able to fully appreciate its fascinating history. For that, I credit my exclusive personal tour with Parcs (the cool kids drop the “Canada” part entirely – it’s just called “Parcs”) which provided a fascinating in-depth look at the city’s history.

Where It All Began: Saint-Louis Forts and ChÃ¢teaux

My tour began on the archaeological site of Saint-Louis Forts and ChÃ¢teaux, situated in the shadow of Le Chateau Frontenac hotel under what is now Dufferin Terrace. Here, years of precise excavation have revealed the remains of four forts built since 1620, as well as some of Canada’s first European settlers. It was a truly Herculean task and has been touted as one of – if not the – most important historical site in the whole of the country.

While the site is not slated to open to the public until Spring of 2012, the sneak peek that Parcs provided was quite intriguing. They’ve put high technology to excellent use through a series of unobtrusive iPad-powered education stations that use 3D modeling, paintings and photographs, and a mountain of historical data to allow visitors to see and understand every aspect of the site as it is now and, perhaps more importantly, how it was long ago. It’s all extremely well done and a must-see for history nerds and, I dare say, even non-historians.

A Walk (and a Look Back) Through Time 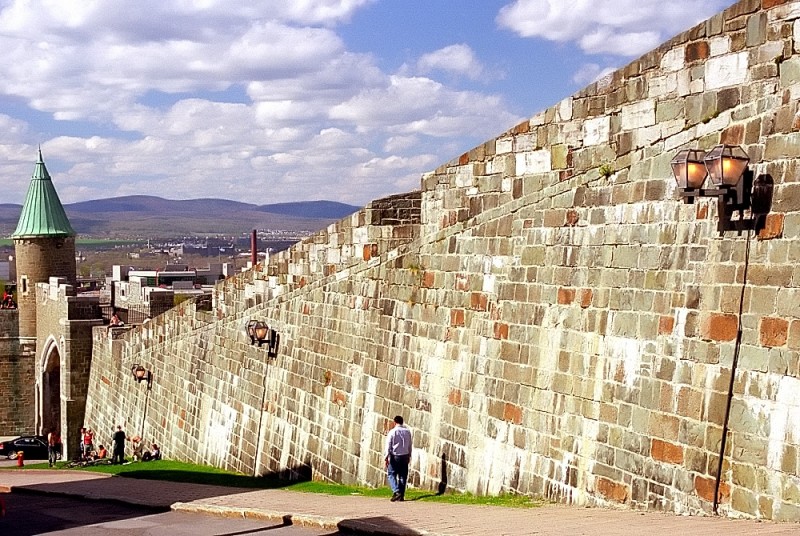 Quebec is the only walled city in North America – one of the main reasons why it was placed on the UNESCO World Heritage List in 1985. A walk along all of its nearly five fortified kilometers provides a fascinating glimpse into the city’s (often tumultuous) history. The varying terrain also offers vantage points with some of the most spectacular views overlooking the entire downtown area.

Walking alongside a Parcs guide, visitors can discover centuries-old relics such as cannons and authentic military installations. The original Artillery Park – where French and British military personnel lived in peace and wartime – is open during the summer months. Here visitors can interact with various actors dressed in period garb that depict what living in a military barracks was like at the time.

A Stroll Through the Most European City in North America

With the sun rapidly setting on my only full day in Quebec City, it proved the perfect time to stroll its narrow (and, in many places, original) stone streets.

I spend the next two hours wandering aimlessly through the city’s many parks and find myself blissfully lost in Old Quebec. Towering chateaus with classical architecture, quaint European style cafes and shops, and the sexy, ever-present whiff of French in the air all combine to make Quebec one of the most European and romantic cities in North America.

If you haven’t visited the city before, I recommend a ride up the Old Quebec Funicular (officially Funiculaire du Vieux-Québec). It’s a simple, but charming bit of the city’s history that links the Haute-Ville (Upper Town) to the Basse-Ville (Lower Town). This time around, I opt to walk. As I finish the steep climb back into the heart of the city, I settle in to its “touristic” area in search of my last supper. 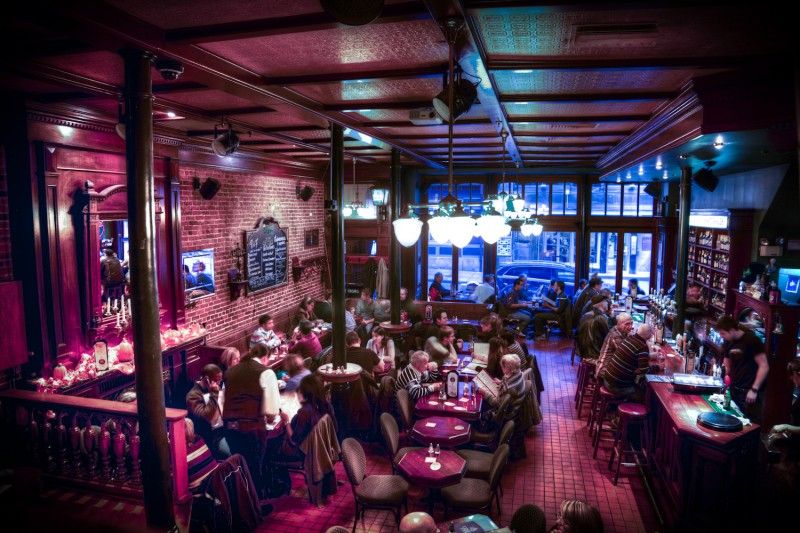 For more than twenty years, Pub St-Alexandre has been wetting the whistles of locals and travelers alike (somewhere, a fellow travel editor is wincing at my use of that phrase, but it’s literally true here). Beer nerds will appreciate their very extensive brew menu featuring more than 200 beers from around the world. The kitchen offers plenty of pub favorites – pizza, burgers and the like – as well as slightly more “advanced” foods. If you’re interested in the latter, I highly recommend the Croque-Monsieur – ham, cheese, tomatoes, bacon, Dijon mustard, Parmesan cheese and pickles on a baguette served with fries. Pair it with a big boy glass of Quebec-brewed Blanche de Chambly. ‘Nuff said.

Tomorrow, my itinerary will take me three hours outside the urban comfort of Quebec City for a true backpacking experience in the wilds of La Mauricie National Park.

Oh, and if you haven’t already, enter to win your own all-expenses paid Canadian journey! Choose from three itineraries, including:

The choice is yours and the sweepstakes is open from now until December 15, 2011!

It takes less than thirty seconds to enter, so ”¦ seriously ”¦ why are you still reading this?