Hikaru Dorodango: How Shiny Balls Are Taking Japan by Storm

Here’s how it works: Japanese kids start a fad. Westerners then laugh at them for being ridiculous. Then we try it. Then we obsess. Then we’re left with a worthless collection of Pokemon cards while they’re off starting something new.

Virtual pets on keychains that have to be fed once an hour? Check. Cartoons featuring teenagers in bizarre hairstyles that battle giant robots with storylines that make absolutely no sense but look very cool? All over it.

So what’s the next big thing coming out of Japan? Shiny balls. 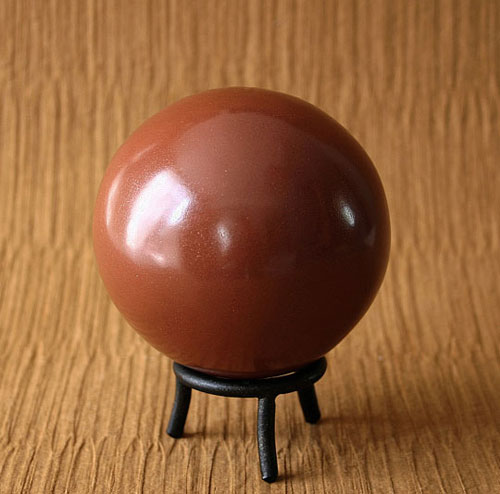 Hikaru Dorodango are balls of mud that have been smoothed by hand, dried, and turned into perfect spheres that look like marble. Seriously.

Japanese children have pounced upon this almost forgotten art form that was recently saved from extinction by a single professor and an enthusiastic media, and is currently rocking the Land of the Rising Sun to the point where the West is (again) belatedly catching on.

The technique involves finding different kinds of dirt, adding water, molding it into spheres, rubbing said spheres for hours, and finally polishing them to a rock hard sheen — kind of a Zen version of the stress ball.

It’s not easy to master, and the idea of massaging balls of mud for hours at a time might raise some eyebrows among pragmatists, but why not? It’s surely more fun than Dragonball Z ”¦