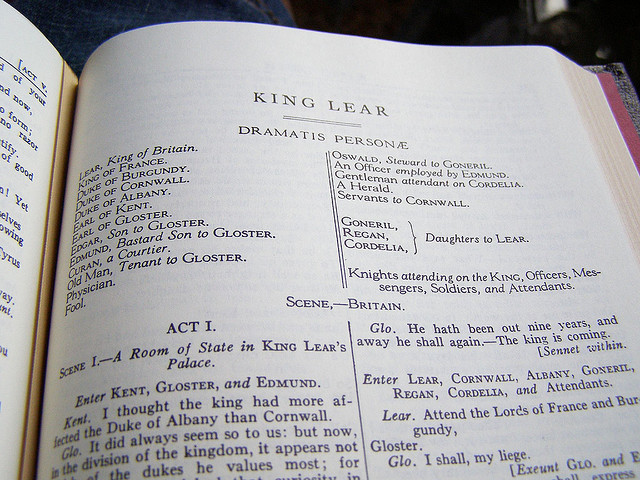 Shakespeare has seemed incomprehensible to many a highschooler, but a new production staged in a native language spoken mainly in Alaska had audience members avidly following along.

The Fairbanks Shakespeare Theatre has staged a highly original version of Shakespeare’s King Lear. The play is performed in Gwich’in — a language spoken in Alaska and parts of the Yukon and Northwest Territories — and English. The plot of Lear Khehkwaii also reflects Alaskan heritage and culture, with the story centred around a historic period in the nineteenth century.

The production was the brainchild of a teacher of the language, Allan Hayton, who is also a theatre artist and performed the lead role in Lear Khehkwaii. After being well received in Alaska, the company hopes to tour the play through Canada and remount it at the National Museum of the American Indian in the nation’s capital.

Check out more about this on the CBC