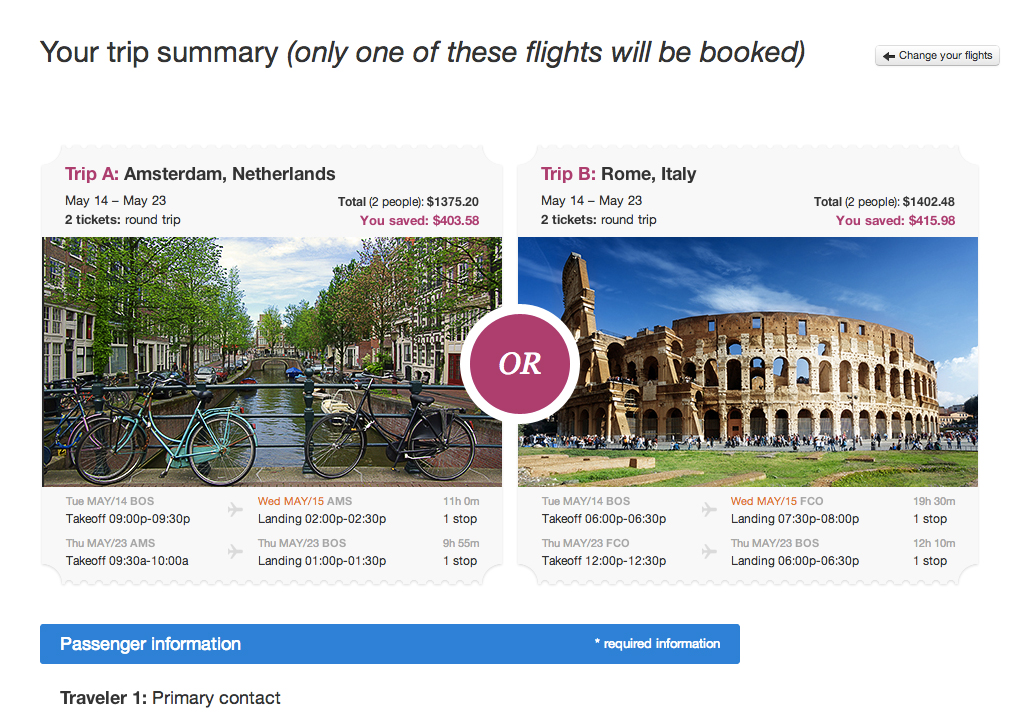 Get Going on a New Way To Save on Travel

Here’s the thing. The people who don’t have a choice about where they’re going are the ones who keep the airlines afloat. Business travelers, and those flying out of necessity because they have to be somewhere are the airlines’ bread and butter. 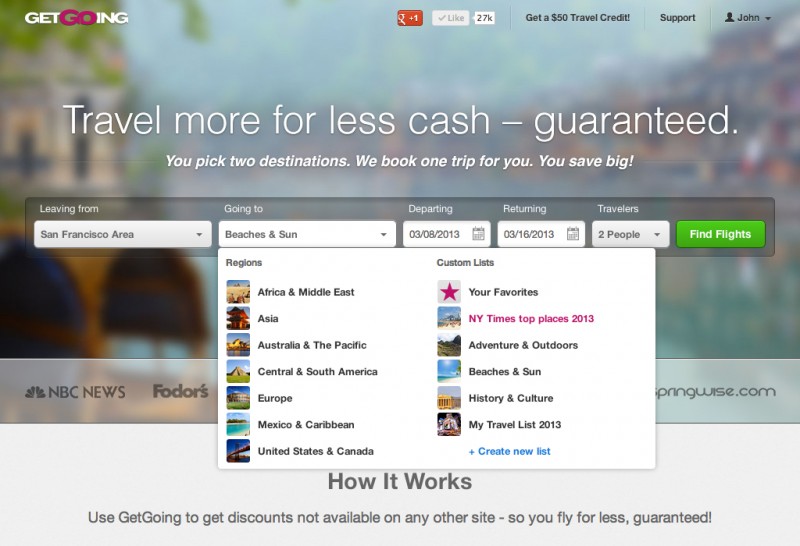 Then there’s another important group — leisure travelers who just want to go somewhere fun and often need to be persuaded by deals and special offers to commit to a purchase. These people are often the extra bit of volume needed to reach the tipping point from operating in the red to safely in the black.

Airlines have historically faced a conundrum with their pricing strategy in catering to these two groups. If they offer deep discounts to persuade undecided leisure travelers, they risk diminishing what they earn from the people who would have bought a ticket anyway at the undiscounted fare and it becomes a race to the bottom.

A new player is attempting to address this with a novel way to buy travel that is aimed at the undecided traveler. GetGoing lets user “Pick Two, Get One”, which means that you get to pick two trips to destinations of your choice, and have control over details such as flight times, and number of stops. Then the site picks which of those itineraries to book. 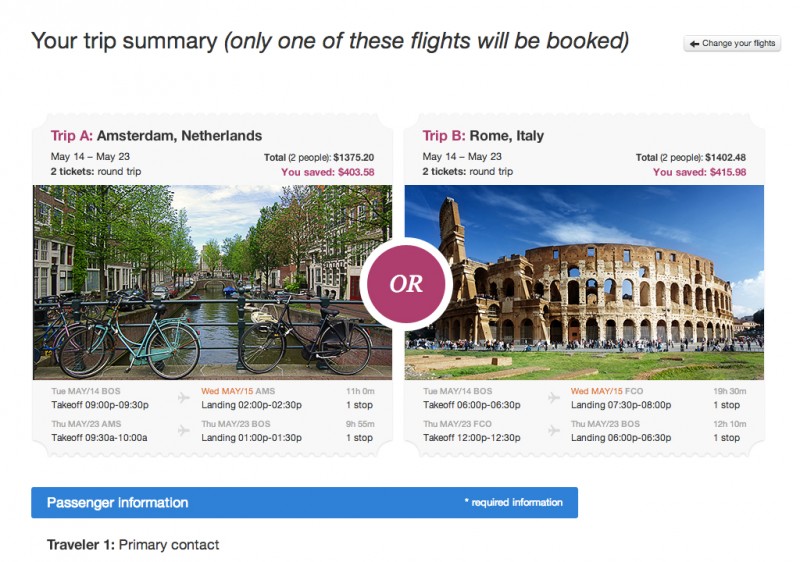 The idea behind GetGoing is that it allows airlines to deeply discount seats that are at risk of going unsold without cannibalizing existing sales. For travelers it means you the opportunity to save and GetGoing theoretically provides more control over your itinerary than with other sites that sell distressed inventory.

So, as long as you don’t mind a bit of a gamble, it could be a fun way to save on travel.