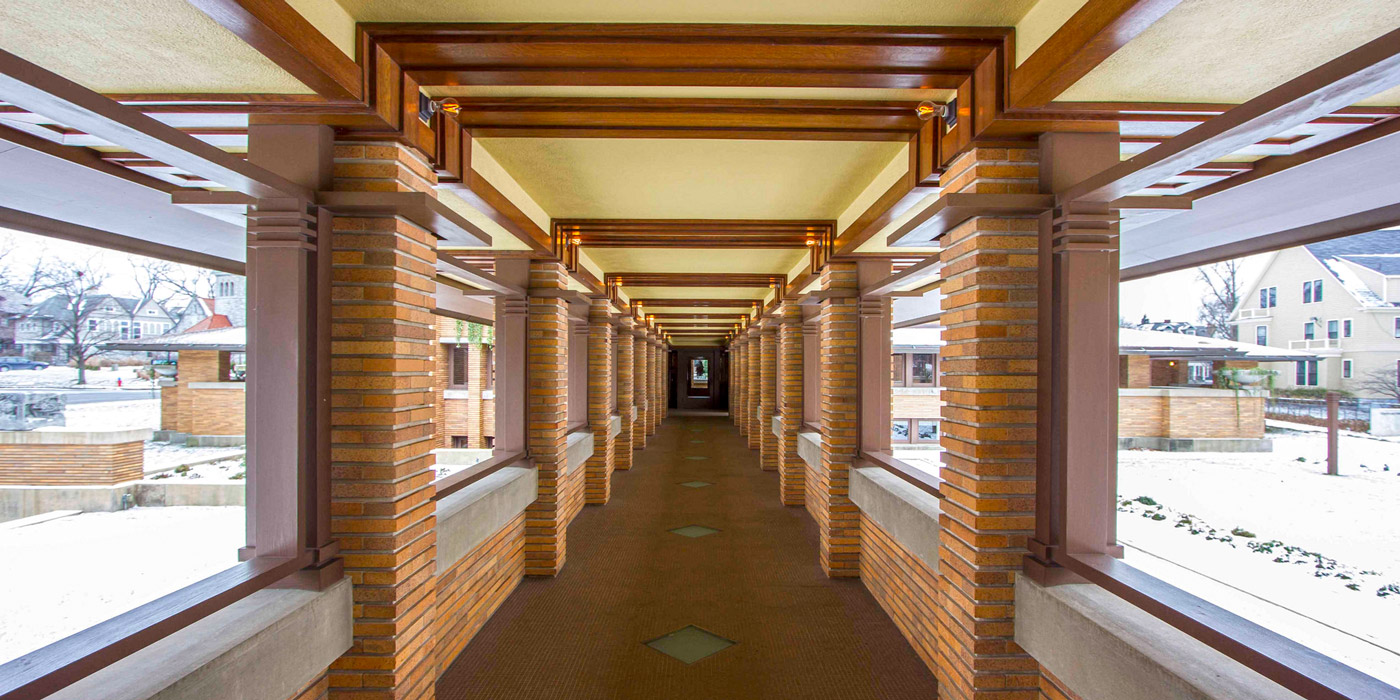 Why Buffalo Is the Ultimate Destination for Frank Lloyd Wright “Architourists” 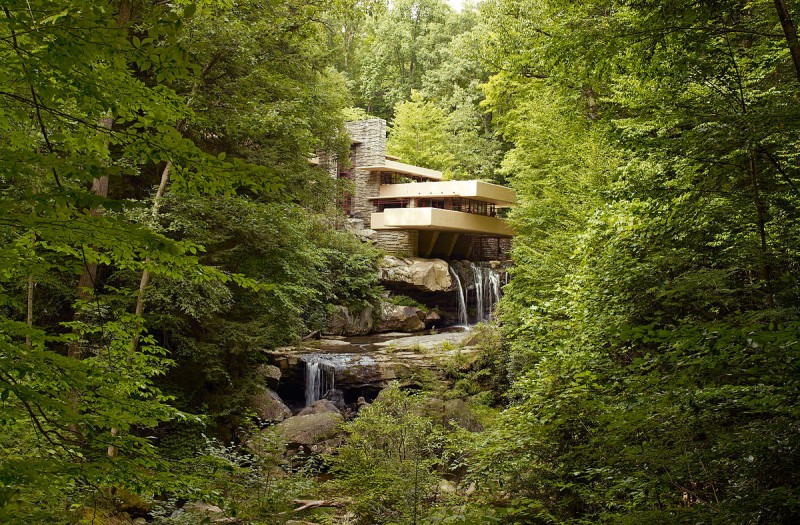 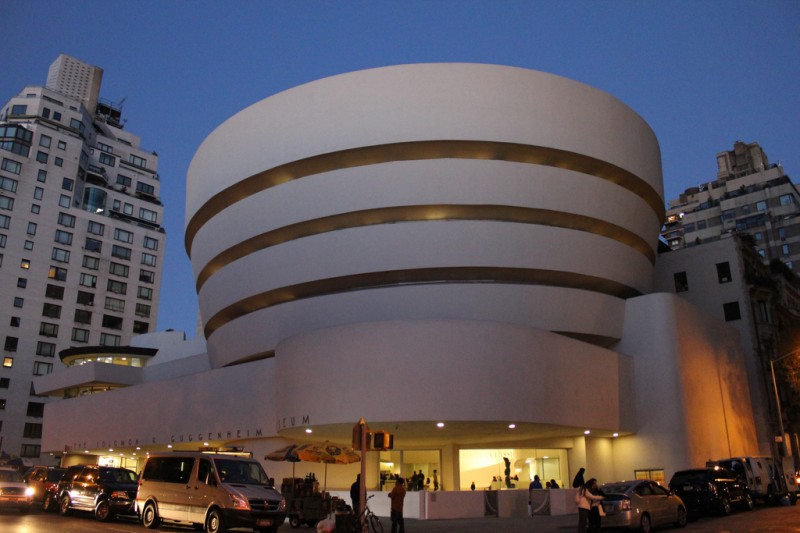 So needless to say, I was thrilled when I had the chance to spend a few days in Buffalo, New York.

That’s right. Buffalo, NY is a Frank Lloyd Wright-lover’s dream city. In the early days of his career, Wright designed no less than five homes as well as the corporate headquarters for Larkin Company, all located in Buffalo. During this period, he developed his iconic prairie style of architecture and open floorplan interiors. Buffalo was his Beta test for Fallingwater, and what a test it was!

Here are just a few reasons why every architecture geek should visit Buffalo: 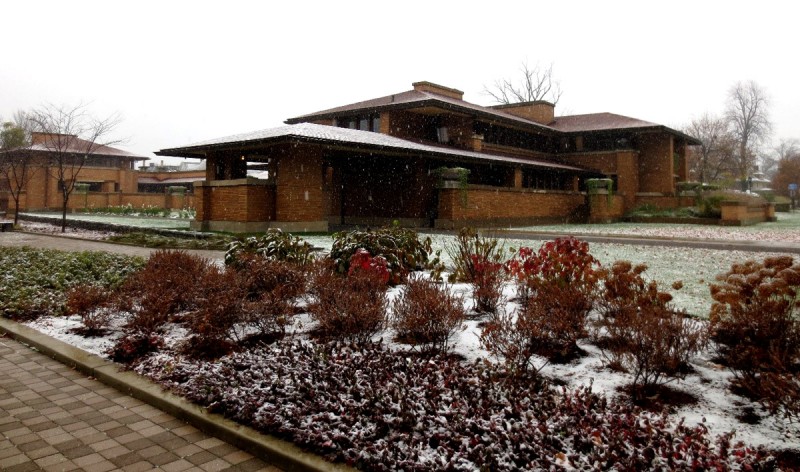 In 1962, the pergola, conservatory, and carriage house were demolished. Sadly, this is the case for many of Wright’s lesser-known projects. Luckily in 1975, the Martin House was placed on the National Register of Historic Places, and its restoration is currently underway. 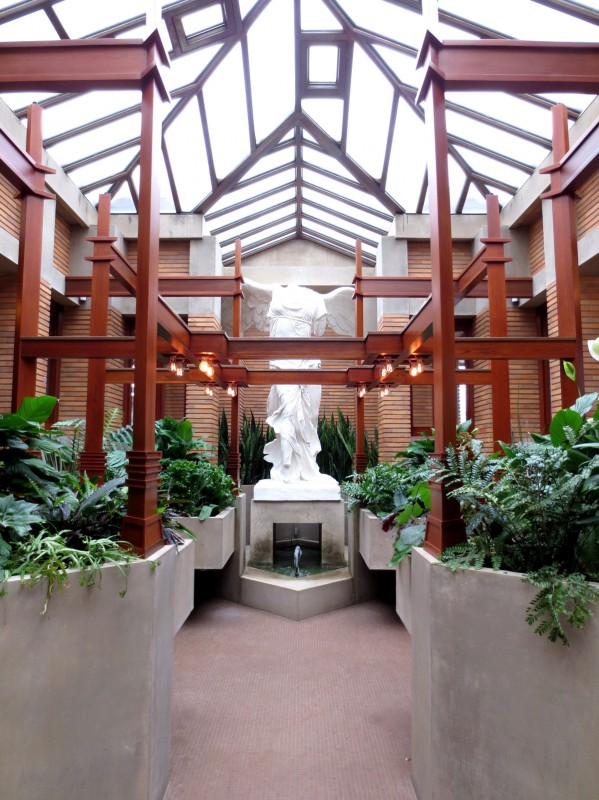 The majority of the complex has been restored to Wright’s vision as it stood in 1907. From the art-glass windows, to the custom furniture and light fixtures, to the stunning Nike of Samothrace statue standing at the apex of the conservatory, you can see Wright’s attention to detail and the refinement of his iconic style.

Even though it’s technically not in Buffalo, Graycliff is still worth a visit. This estate was created for Darwin Martin’s wife, Isabelle. Designed to accommodate her failing eyesight, every room in Graycliff is awash in natural light.

Seeing Graycliff after first touring the Martin House, you can see the evolution and refinement of Wright’s style. The property epitomizes Wright’s philosophy of seamlessly combining architecture with the surrounding landscape. Here is where Wright perfected the same design details he would later use in Fallingwater, built just four years after the completion of Graycliff.

While on the tour, you’ll get to hear about Graycliff’s fascinating history, which includes having been owned by the Piarist Fathers from 1951 until they put it up for sale in 1997. Like the D.M. House, Graycliff is undergoing extensive renovation to restore it to Wright’s original, 1931 vision.

As mentioned above, one of the main projects in Buffalo that Wright was commissioned for was the headquarters of the Larkin Company. Unfortunately, this building was demolished, however, the remainder of Wright’s Buffalo projects are still standing.

Visitors are welcome to explore the Fontana Boathouse, built in 2007 based on designs created by Wright. Originally intended for the University of Wisconsin Boat Club, its design was one of Wright’s personal favorites. He proudly exhibited the drawings in his Wasmuth Portfolio, despite the fact that it was never built during his lifetime. The Boathouse provides stunning views of Lake Erie, the Niagara River, and the Canadian shoreline. 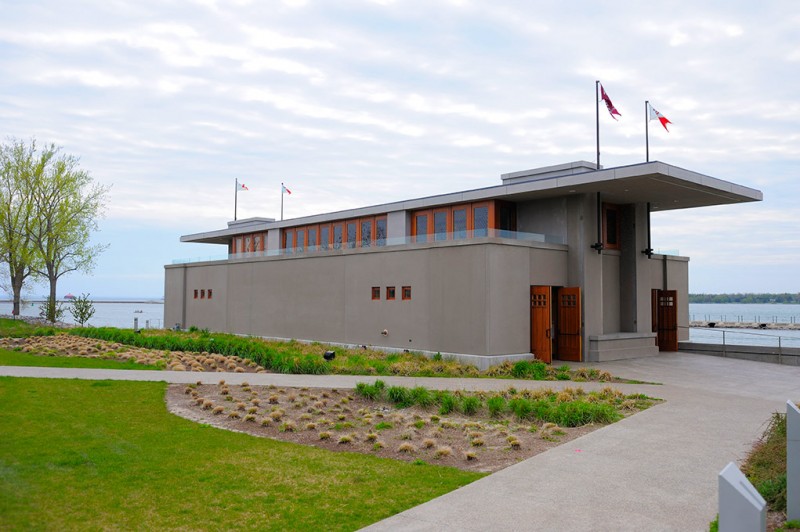 For a slightly morbid tour, check out the Blue Sky Mausoleum, built in 2004 based on Wright’s 1928 drawings. Located in Forest Lawn Cemetery, it was yet another request made by Darwin Martin. Good news: there are still spots available in the crypt, should you want to be buried in a mausoleum created by an American legend.

Lastly, no F.L. Wright tour of Buffalo would be complete without a visit to the Pierce-Arrow Museum. In 1927, he created a design for a fuel filling station, intended for downtown Buffalo. The elaborate building was to include gravity-fed gas pumps, a second-floor waiting area complete with fireplace, and an attendant’s quarters. The Pierce-Arrow Museum has created a full-sized version of the station for visitors to explore. Always trying to create timeless buildings, the station is a perfect example of Wright’s forward-thinking design style.

Along with being a Frank Lloyd Wright mecca, Buffalo is home to an extensive collection of amazing art deco architecture. Take a quick drive through downtown and be sure to check out city hall, the Hotel @ The Lafayette, and the New York Central Terminal.