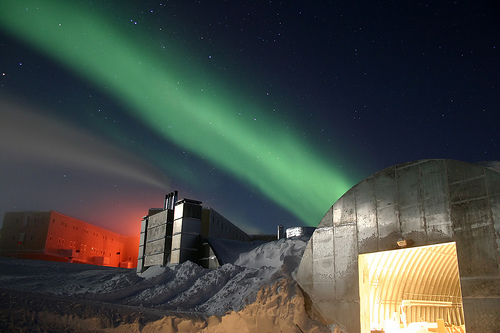 An eighteen year old gap year student and his father are now believed to be the first father-son team to reach the South Pole. Matt Gaskell, eighteen, just might also be the youngest to do so.

The team, composed of seven men, did not use modern conventional ways of Antarctic travel such as dogs, helicopters, skidoos; instead opting for skis to travel more than 200 miles, climbing 10,000 feet in elevation in temperatures lower than -57 degrees Fahrenheit. Upon arrival, the team toured the South Pole station, staying overnight before jetting to Chile for a flight home.

Fifty year old businessman Kevin Gaskell undertook such a trek in memory of his late sister Jayne, who died in 2004 from leukemia. He hopes to raise upwards of 40,000 Euros for the North Wales Cancer Treatment Centre from the trip.