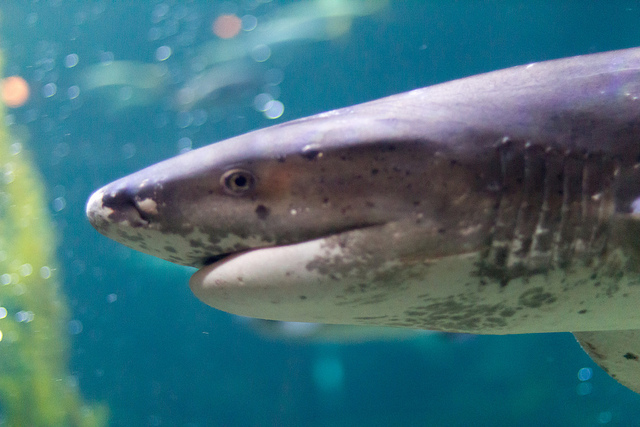 Doctor Fights Shark, Treats Own Wounds, Goes for a Beer

New heights of Chuck-Norris-calibre badassery have been reached by Dr. James Grant of New Zealand.

While spearfishing in Colac Bay, the 24-year-old junior doctor felt a tug on his leg and immediately sprang into action, using his diving knife to stab and scare away the sevengill shark that had bitten his leg.

After swimming to shore, Grant used a first aid kit to bandage his wounds when his friends didn’t believe he was serious about having been bitten by a shark and didn’t come to his aid. Once he’d patched himself up, Grant and his buddies were reunited and went for beers in a nearby town. It was only when pub stuff noticed him bleeding on the floor and offered him a bandage that the wounded man proceeded to hospital for treatment.

Check out more about this in The Huffington Post