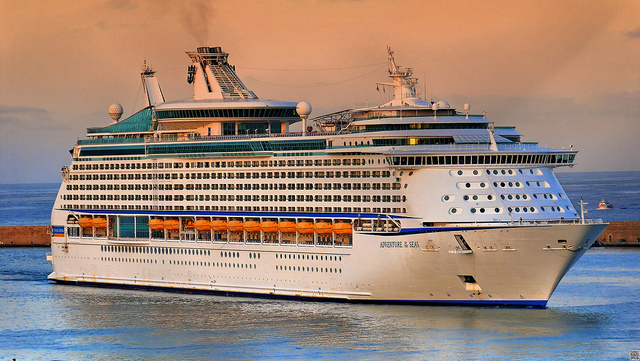 Adventure of the Seas © RagingWire

A Canadian man is missing after jumping overboard from a cruise ship near Puerto Rico. A witness claimed to have seen Tien Phuoc Nguyen leap off the Adventure of the Seas — a fact that was later confirmed by video from the ship’s surveillance cameras. The 26-year-old man has not been seen since, even though an extensive search was launched immediately.

It remains unknown why the man jumped overboard. The Royal Caribbean ship was nearing the end of its 7-night Caribbean itinerary and was sailing between Puerto Rico and the Dominican Republic when the bizarre incident occurred.

Find out more about this from CNN.