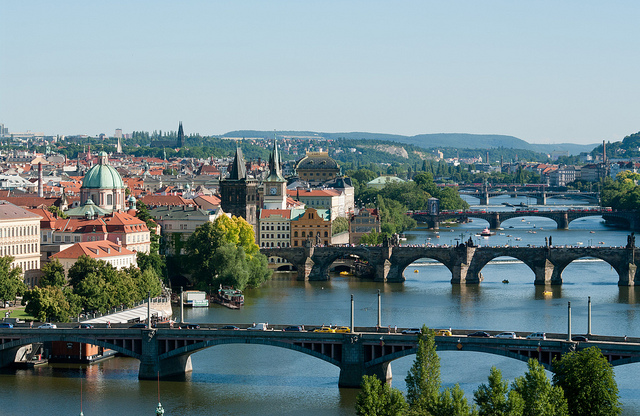 One Czech travel agency is offering tourists the chance to see something beyond Prague’s bridges and cheap beer and experience the scandal and sleaze of the Czech political system.

Corrupt Tour’s “The Best of the Worst” trips shows participants places tied to scandals that have plagued the country’s political life.

The Czech Republic, a former communist country, has undergone a profound economic and political transformation over the last two decades. But many of the country’s institutions have struggled to remain transparent. In recent years the public debate has been dominated by revelations of dodgy deals in everything from multi-billion dollar army contracts to a scheme suspected of skimming nearly a cent from every city transport ticket.

“Our target is to get Czech corruption on a UNESCO list of the world’s cultural heritage,” said Pavel Kotyza, one of the Corrupt Tour organizers.

Another popular tour, called Safari, takes tourists to the villas and walled-in estates of businessman linked to big state contracts.

The emergence of a popular tour agency capitalizing on the country’s history of corruption reflects not only that bribery and corruption is a problem, but that public awareness for a clean-up is also growing.

Eva Richterova, a 32-year old participant on the tour stated,

“There is so much of this nasty stuff that it’s time to do something about it. And maybe this will help a little.”