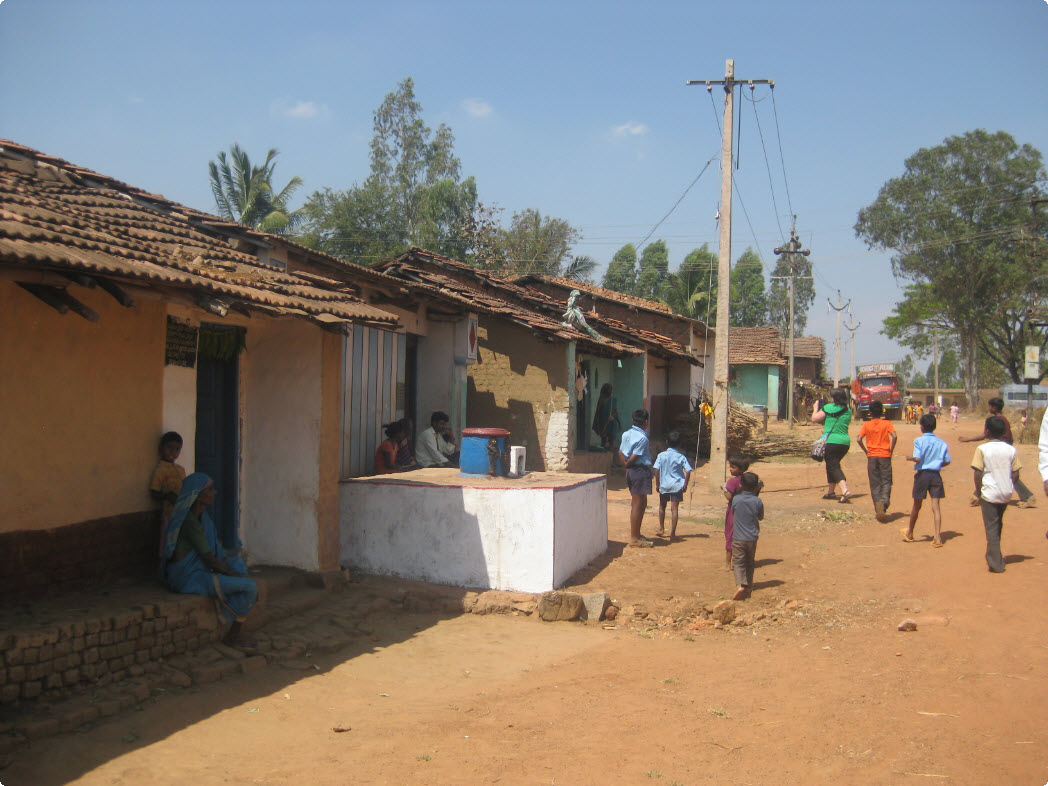 A 360 Degree Moment in Rural India

Our two days of touring are officially over. We took a flight from Mumbai to Hubli and then drove to Belgaum, our home base for the next five days as we drive in and out of some of the most rural parts of India.

The first thing we did when we arrived was visit some of the homes that received a bedkit from past distributions. We did this for a number of reasons. Not only is it good to make sure the bedkits are getting into the hands of families/children that need them most, but we also want to make sure they are using them appropriately and they are equipped with what the child needs most — mosquito nets, clothing, mat/bedding/pillow, school supplies, kitchenware, shoes, backpack and a towel. 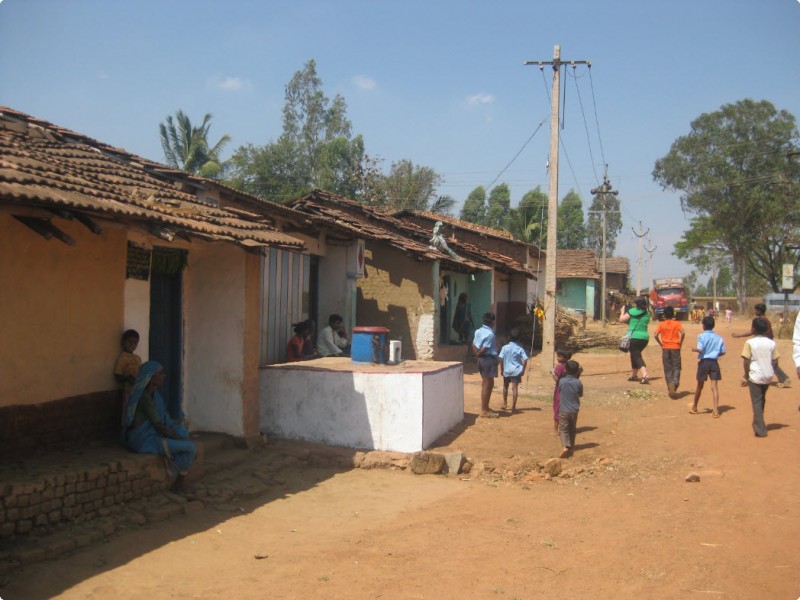 I’ve been to very poor communities throughout the world so I prepared myself in advance for what I was about to see. But no matter how much you prepare yourself, it doesn’t seem to matter. The families live in the tiniest of houses — if you can even call them houses. A typical home is about 10X10 ft broken up into a kitchen and a sleeping quarter. One of the homes we visited slept 15 people in one room, which is common. Luckily the families we visited had running water nearby. Of course there was no electricity and families cooked out of fire pits in or just outside of their homes. The families had no real possessions and food was something they never could rely on having. One great thing about the children SCAW reaches is they all go to school, so the contents of the bedkit help that child get a good night’s rest so they can be ready for school the next day — the motto SCAW prides itself on.

The following day was our first distribution day. We visited two communities — Athani and Nepani. Both were located approximately two-three hours outside of Belgaum. Driving to each distribution reminded me of driving through parts of Africa — very rural, lots of crops growing, huts at the side of the road, workers building small cemented homes, people pushing cattle up the road, and lots of small store fronts representing pocketed communities. 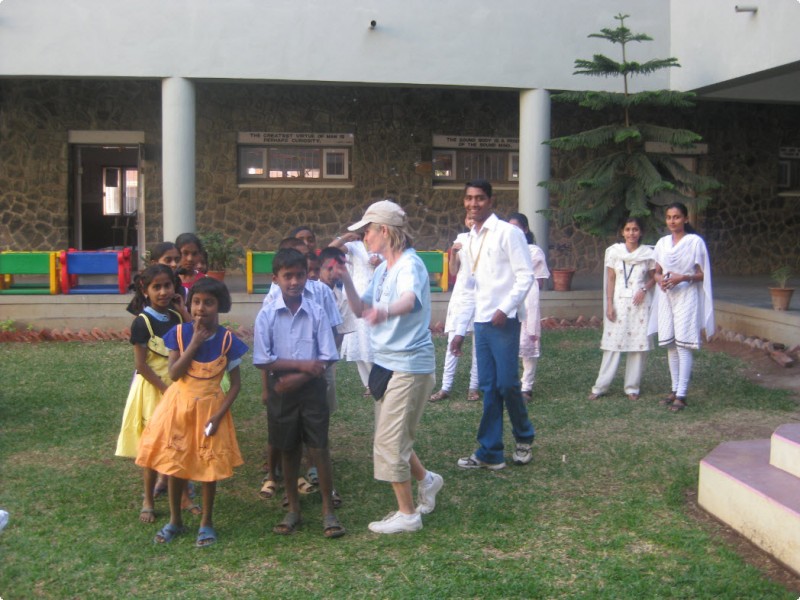 Volunteers and SCAW working together in Nipani, India, to distribute 100 bedkits

Both distributions took place in community buildings. One was a local auditorium, the other, a primary/high school. Local Rotary and Inner Wheel organizations (along with the Rotary Club of Belgaum) were instrumental in putting on the distribution. These groups, headed by doctors, entrepreneurs, factory owners were responsible for selecting the families to receive the bedkit, purchasing the content of the bedkit, assembling the bedkit and organizing the festivities for the day. Really our (SCAW) job was the easiest part! Our job was to ensure all the bedkit contents were accounted for, that each child selected received their bedkit, and that a photo of each child in their new clothes (from the bedkit) was taken so it could later be shared with the original donor. In a nutshell, and in a perfect/ideal setting, here’s how a bedkit distribution day works:

Obviously there is much more that takes place in between, including all the fun interaction we have with the children (the BEST part), but this gives you an idea of what’s involved and how organized everyone has to be to get the job done, and done right.

We gave out 450 bedkits out of the 4,000 total bedkits we are delivering on this trip. This was my first time participating in a bedkit distribution. I had a feeling of what to expect based on what I heard from other traveling volunteers as well as from what I knew about the charity, but nothing prepared me for witnessing it firsthand. From the curiosity and smiles of the children receiving the bedkit and their parents, to the team work between SCAW, the local rotary clubs and volunteers, and to the support from the donors back home in North America, it was really a 360 degree moment for all.