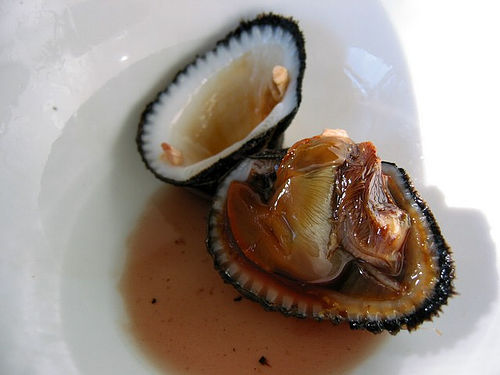 Humans are one of the few creatures on this planet who have the capability of ignoring our basic survival instinct. We jump out of perfectly good airplanes, something that still sets off alarms in the most veteran skydivers. We push ourselves to the edge of death and back with physical demands on our bodies that defy reason: ultramarathons in the desert, living in microgravity, setting the world record for holding one’s breath under water.

Yet as contradictory as it sounds, testing these limits is probably what makes us feel the most human, the most attuned to nature and our own potential. Potential when it comes to soaring above the skies, jumping eight feet in the air… and eating the most bizarre, even dangerous, dishes set in front of us on the dinner table.

What are some of the deadliest foods the world has ever seen? Poisonous or harmful by design, not accident, and something that has us questioning our sanity when we choose to take a bite? Fugu (æ²³è±š), also known as pufferfish, is a fish whose liver and internal organs contain deadly amounts of the poison tetrodotoxin, for which there is no known antidote. It might surprise many to know, however, that any fugu chef worth his weight in Japan will attempt to leave just the right amount of poison for a tingling sensation to pass through the diner’s tongue, leaving him satisfied with the taste and experience.

Just like climbing the picturesque Mt. Fuji, many westerners try this dish for the experience, the risk you may be poisoned. In all honesty, I found it to be somewhat less thrilling than gambling (and this is coming from an adrenaline junkie), even with the threat of death tossed in. Thirty years ago, it caused a stir throughout Japan as Bando Mitsugoro, a famous Kabuki actor, died after eating four servings … though he may have overindulged a bit.

If you are in the mood to “risk your life”, be sure to travel to the city of Shimonoseki in western Japan where no fugu-related deaths have ever been reported. In addition, you have the choice of raw fugu sashimi, fried fugu (tastes like chicken), boiled fugu, fugu with miso, and fugu sake. 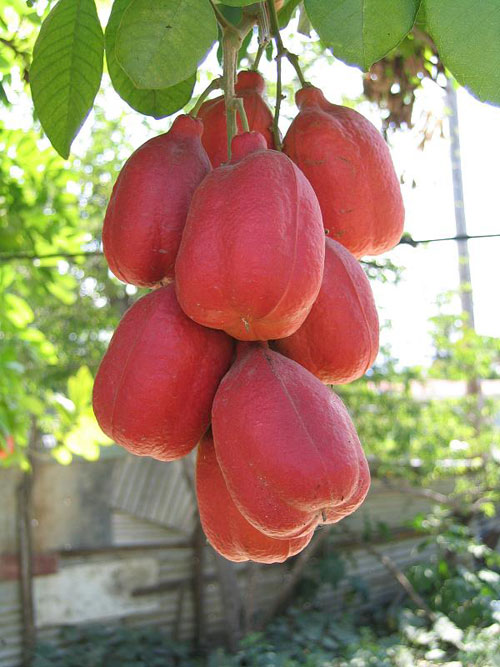 Turning our attention to the Caribbean, we find the delicious but dangerous Ackee fruit. Although rich in vitamins and protein, if the fruit is eaten before it is fully ripe, it prevents glucose from being released from the liver, quickly lowering one’s blood sugar and ensuring violent illness or death. Many have called the symptoms following ingestion of the unripe fruit “Jamaican Vomiting Sickness.”

Why settle for mere legs in France when you can have the whole frog? The Giant Namibian Bullfrog is a delicacy in this African nation, but when you consume them, timing is everything. People are generally advised to dine “after the third rain” or when the frogs start croaking and breeding. Failure to do so will usually result in kidney failure, what the locals call Oshiketakata.

There’s not a great deal of preparation required to serve san nak ji (raw baby octopus) to food enthusiasts: the octopus is dismembered, served with sesame oil, and immediately presented on a plate. As such, many of the tentacles will still be moving around (remember, each “leg” of an octopus has its own brain), and won’t hesitate to use their suckers on you if you try to swallow them. Take care to chew thoroughly before you risk letting something alive and potentially dangerous down your throat. Despite the “thrill”, many foreigners trying the dish have reported a relatively bland taste, more chewy than delicious.

We’re so accustomed to hearing things like “you should eat healthy, natural foods, like apricots” that we forget all the preparation required to eliminate poisons and toxins harmful to humans. Seeds of cherries, plums, peaches, almonds, apricots, and even apples contain cyanogenetic glycosides, which upon ingestion release hydrogen cyanide. Don’t panic if you’re eating an apple while reading this fascinating article; it would take a massive number of seeds for any harmful effects to occur.

Unfortunately, in Turkey, known for its large population of apricot trees, a few have died after “seed binges”. Roasting the seeds will make them safe for consumption if you’re determined to eat a bowl with milk for breakfast everyday. The leaves and roots of cassava are surprisingly rich in cyanide. By this point, we may as well wish cyanide were the most delicious, sumptuous substance on the planet if we had to die to enjoy a bite … not much in the way of flavor, though. Cassava is a tropical vegetable originally from South America, but has gained popularity in Africa, particularly for its juice, which can be fermented to produce a drink called piwarry.

William Rhind, a 19th century geologist who was one of the first Europeans to encounter the root, observes:

When it is considered that this plant belongs to a highly-poisonous tribe, and is itself one of the most virulent of the species, it cannot but excite astonishment to find that it yet yields an abundant poison which, by the art of man, becomes not only perfectly innocent, but highly nutritious, yielding nourishment to many thousands of the natives of South America, and affording a luxury to the tables of more refined Europeans.

Oh Italy, is there anything you can’t give us? History with the ruins of Pompeii, oppression under Benito Mussolini, even rotting cheese with maggots (charmingly labeled a “delicacy” in your wonderful country)?

Casu Marzu is technically outlawed throughout much of Italy, and many would consider it more like garbage than food. Nevertheless, its preparation is as meticulous as a fine dessert: cheese from sheep’s milk is left outside to ferment; in the process introduced to a certain species of fly, which is allowed to lay its eggs on the cheese. The eggs hatch, and dinner begins … for the maggots, that is – not you; the best is yet to come.

Eventually, the maggots soften the cheese enough for consumption, but they must be eaten alive along with the cheese to prevent extra toxicity. If you don’t want to eat live maggots (what? you don’t?), you can starve their oxygen supply by placing the cheese in a sealed paper or plastic bag; the larvae will eventually jump out of the cheese in search of air and, finding none, die. Just like Ackee, it’s not exactly to the food connoisseur’s advantage to consume unripe elderberries. This is probably the least dangerous food on the list, however, as the ripe fruit is eaten around the world safely and deaths are extremely rare. Take care to keep the plant away from small children and animals, and remember never to eat the stems or leaves of the sambucus (elderberry).

You don’t have to sleep with someone suspicious to get hepatitis if you choose to eat blood clams in Shanghai. Although blood clams are considered one of the more delicious Chinese delicacies, the style of preparation in Shanghai involves quick-boiling them, leaving many viruses and bacteria present, including hepatitis A, E, thyphoid, and dysentery.

And the worst of all …

That’s right, you heard me. The number one killer in the states isn’t drunk driving or murder, it’s the result of fast food: high cholesterol, diabetes, heart disease, hyperobesity … In the end, most of it comes back to those three times a day cravings for cheap burgers and fries, as deadly as tetrodotoxin or cyanide; it just works slower. You’d probably have a healthier diet eating nothing but dishes #1-9 above rather than indulging in a lifetime of McDonald’s burgers.

So take care with what you put in your mouth. Oh … and always chew before swallowing.