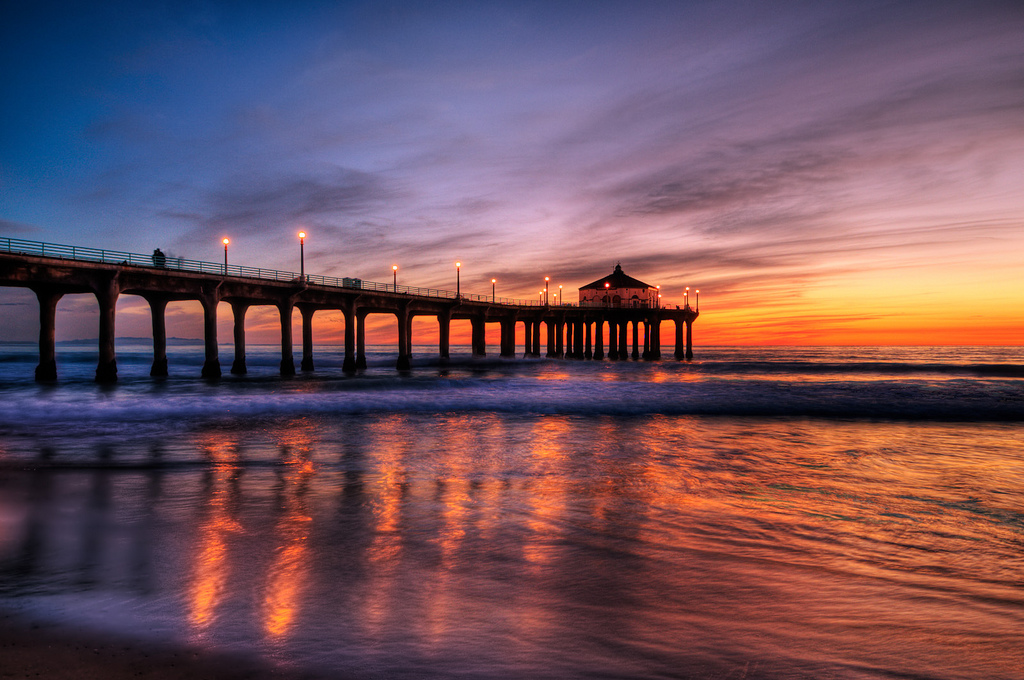 Coastal California has been shaped in large part — culturally and literally — by the Pacific Ocean. Los Angeles is home to some of the best, most famous beaches in the state with Santa Monica, Venice, and Surfrider getting most of the love from major travel publications. But the area collectively known as South Bay offers a variety of great sand and surf as well, including the aptly named Beach Cities of Manhattan Beach, Hermosa Beach, and Redondo Beach. While not quite “hidden gems,” they are much less trafficked than most other beaches in the L.A. area. 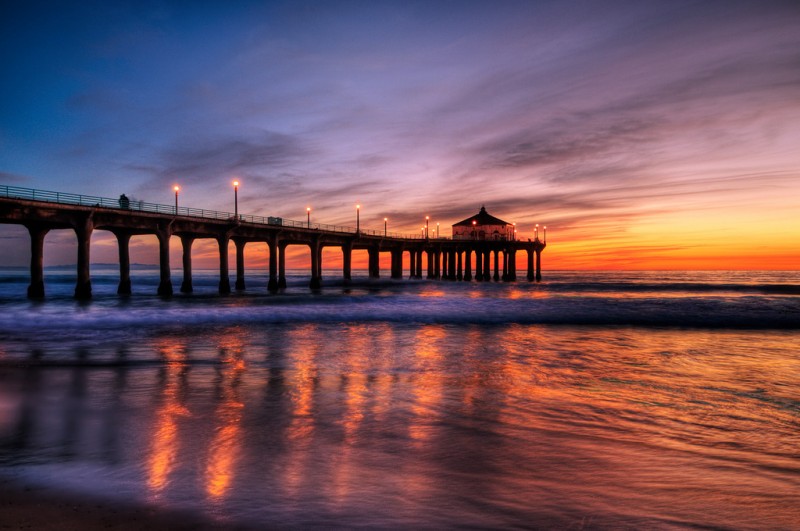 As the northernmost beach of the three on this list, Manhattan Beach is closest to the city’s freeways, with convenient access to LAX (Los Angeles International) airport, downtown sites, and the hotels of Los Angeles. It’s also the most affluent with sky-high housing costs, upscale retail shops, and luxury boutique restaurants. On the sand, it’s a different story with a more traditional, laid-back California beach vibe. Bodysurfing and pickup games of beach volleyball stretch across the sand for miles in either direction. Tourists should note that parking is almost criminally difficult, so it’s best to visit during the week when the crowds thin out.

Of the three, Hermosa Beach is the cool, energetic little brother that’s a bit hipster and loves the nightlife. At its core, The Strand is a lovely, paved path that connects the Beach Cities and hums with joggers, bikers, and wandering tourists almost any time of day. Tourists will also appreciate a walk along the city’s main strip, Pier Avenue, with a variety of shops, bars, nightclubs, and restaurants. Pier Plaza in particular is a hotspot for nightlife lovers and home to the famous Comedy & Magic Club that has hosted legendary comics Jay Leno, Ray Romano, and Jerry Seinfeld. 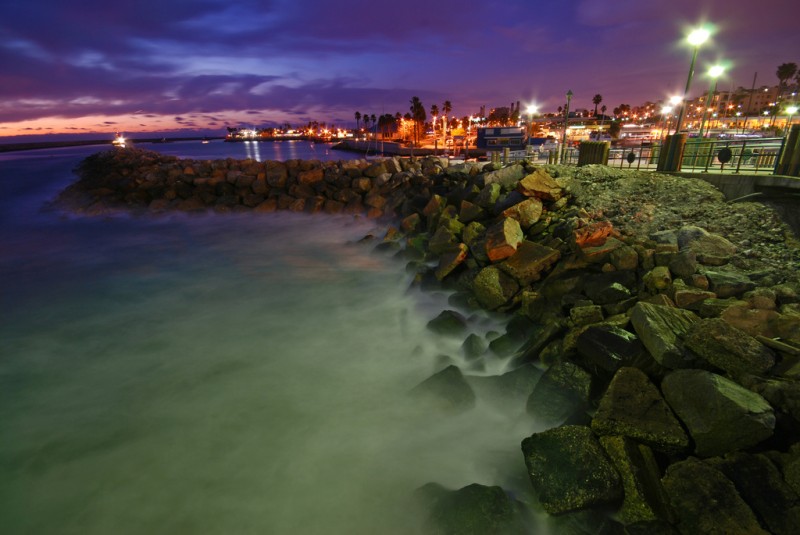 Redondo Beach is the largest and most varied of the three Beach Cities. Inland, it feels like a modern suburb with plenty of retail shopping and traffic. In contrast, the coastal section is similar to Manhattan and Hermosa, but with a large, unique pier that offers fresh seafood and a serene, saltwater swimming lagoon to its north. Of the three, Redondo Beach wins out for traveling photographers, with fantastic views of the entire Beach Cities area. Adventure seekers can also visit the city’s marina to pick up a sport fishing charter, rent a kayak, or hire a speedboat!

With good reason, California is often called the home of the “endless summer.” It’s always bright, sunny, and beautiful somewhere along the coast. If you don’t like the weather, wait five minutes or drive south five miles — you’ll find better weather! The Los Angeles coast in particular offers some of the state’s most picturesque and lesser-known stretches of sand. Visitors should look past the typical tourist beaches “revealed” in almost every guidebook. Beach Cities is off the beaten path enough to satisfy almost any traveler’s need to find some place a little different.