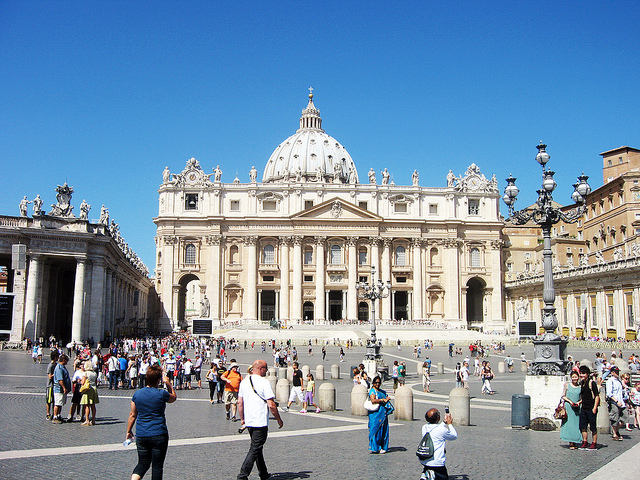 A symbolic gesture by Pope Francis took an unexpected turn when the two doves released from the balcony of the Apostolic Palace — where he spoke about unrest in the Ukraine — were attacked.

After the Pontiff appealed for “the spirit of peace and search for the common good” to take the forefront in “constructive dialog,” two doves were released by children standing at his side.

Shortly after the doves’ release, they were attacked by other birds. An aggressive gull and a black crow set upon the two doves as they flew into St. Peter’s Square. One dove lost some features in the process of freeing itself from the seagull. The other was seen being pecked by the crow, and it is unclear what happened to the birds after that.

Find out more about this from CBC News.