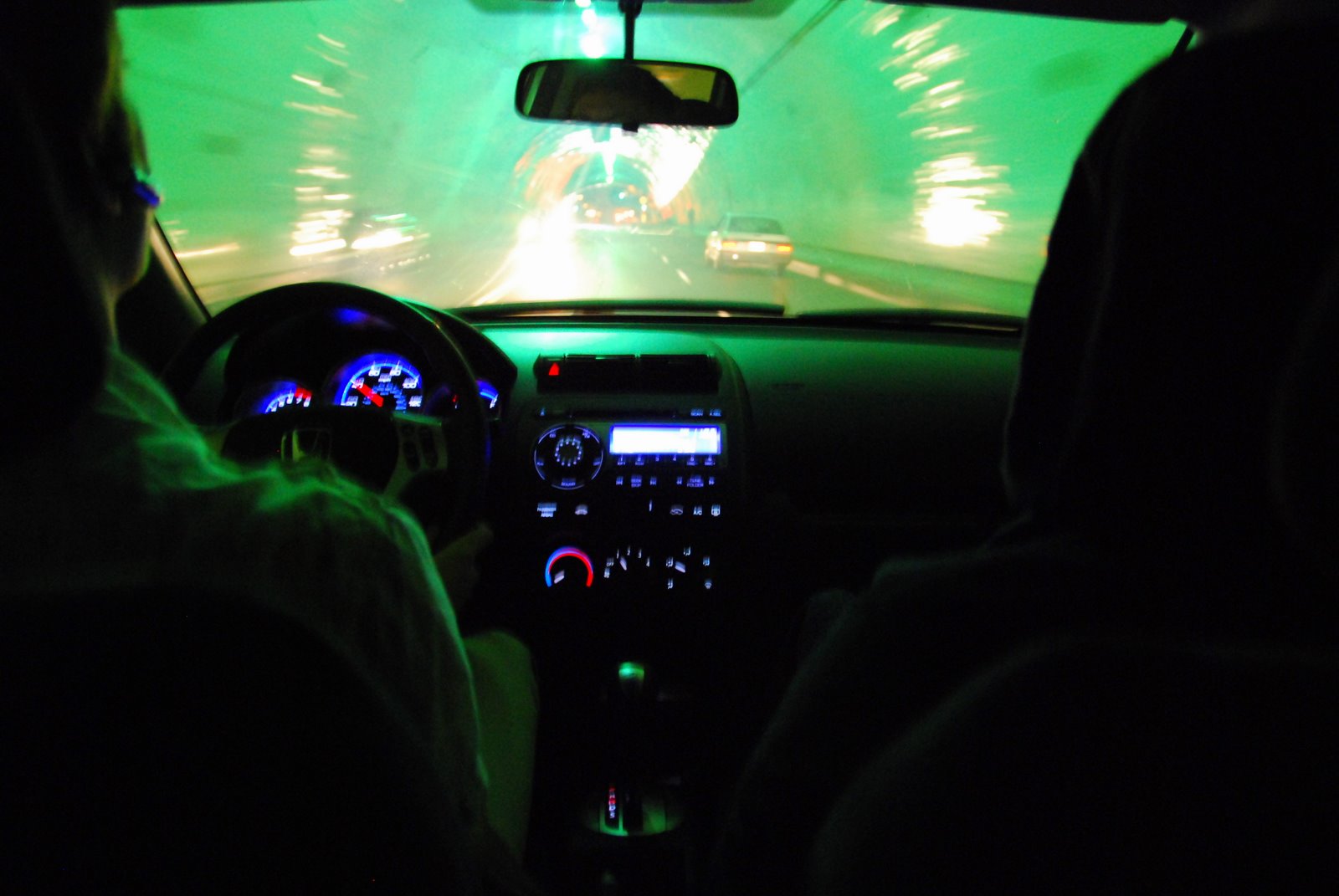 My mother, like every other mother, warned me not to trust strangers. Beware of men in vans (the father of the swarmingly large family down the street was an exception — he needed the van), never accept candy, and don’t tell people where we live.

When I told her in August of 2008 that I would be quitting my corporate perdition-job, giving up my apartment, and traveling the states by train whilst bunking with strangers, she had two panic attacks and an aneurysm. 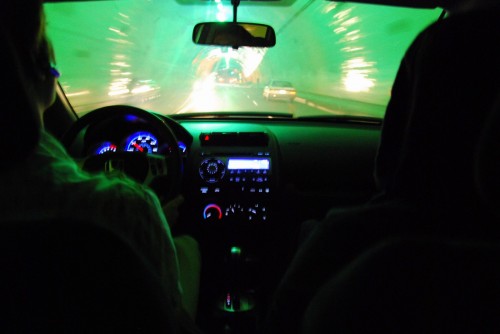 I explained: I’d grown tired of not only my robotic job, but also of my city, San Francisco. Though 17 cities across two months would prove it is quite possibly the only place I can reside, I needed time away from it. I was living in the Tenderloin district, a triangular black hole of prostitution, drugs, and violence. I needed a break from crack-drones shitting in between cars.

I thought that surely 3.8 million square miles of American soil had respite to offer. Ignoring my mother’s theatrics, I left San Francisco on September 1st with a $450 unlimited-travel monthly Amtrak pass in hand. I hopped Caltrain, a Bay Area rail system, to San Jose’s Diridon Station, and sat on the platform, atop my orange backpack that looked like a giant Cheeto, waiting for her, my escort, to arrive.

Before you ever hear the engine herself approaching you hear the rails fuss with vibration. They hiss like Ann Coulter, and it’s terrifying. When the train finally pulls in it pounds the air, stops slowly and confidently, and says with druidical seriousness, What? I’m here. Now get on or get away from me.

It’s a train’s savage power that is so absurd. It’s simultaneously humbling to us, to know a human frame would always lose a battle with her, as well as egoizing, knowing that humans also created these brutes. My train was beautiful, but it was almost hard for me to look at the mass of her, fearing she could take offense and threaten to run over my legs. 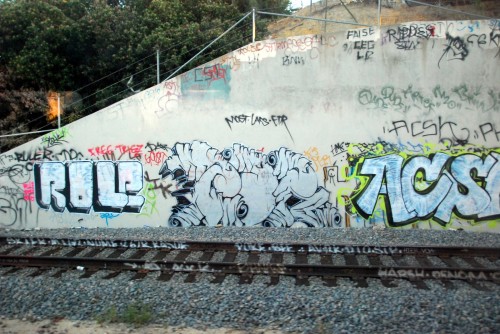 New environments make me nervous. Alcohol calms me down. Places such as churches and dentists’ offices make me particularly nervous, because alcohol is forbidden. There’s no trust.

On Amtrak, passengers don’t drink booze to calm their nerves like they would on an airplane. Instead, it’s pure recreation, encouraged as institutional dogma, and it is not uncommon to see men producing six packs to enjoy the scrolling views in inebriety. And almost all are well-behaved (almost will be addressed later).

I opted on this ramble to bring a flask of whiskey to mix with Coke from the train’s cafe. In the lounge car, which is essentially a rolling window, I took in whiskey and the unrivaled scenery (grass and hills and black oaks, John Steinbeck’s turf), while prisoners hurried past in planes above. California, Ronald Reagan once opined, “is tight.” He didn’t, but he would have been right.

In these chariots, it’s easy to feel untouchable, surrounded by countless tons of steel. Whereas the thin skin of an aircraft could simply rip and punt you into the ether, a train’s hull is sweet metallic protection.

After a short stop in San Luis Obispo, I arrived in Los Angeles and fell into the capable supervision of a high school friend. Joining us was another longtime friend, Kamran, who flew out from North Carolina to accompany me as I made my way through the South. I’d known him since the 10th grade, when he already had a beard that would make Karl Marx blush, and on this trip he’d prove to be a capable wingman — the teetotaler to my souse, the stoic to my savage, and the medium-brown to my pale white.

Kamran and I began our search for our first stranger-hosts by way of Couchsurfing.com, a sort of social network for drifters. Here, altruistic sorts of people can make their couches available for those in need at no charge, though it is customary to buy your hosts food or drink.

For our next stop, Tucson, we found a house that would take us in, even though we were Couchsurfing cubs without references. (They required us to beef up our profiles with more information, such as, “Have you ever killed a man, yes or no? Well, yes and no.”) They’d even pick us up at the train station at half past midnight. Suspicious of such generosity, Kamran and I boarded a train headed east, passing through sand, shrub, and late-summer desert thunderstorms. 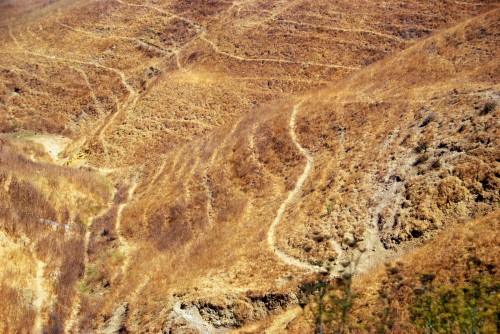 Somewhere in eastern California, deep in the desert, Kamran and I discovered that sleep, whether by nap in the afternoon or full-blown REM on an overnight caravan, is difficult on Amtrak. While there’s more legroom than planes, the seats are still severe, people still traipse around and make exotic human noises, and there is quite a bit more environmental movement than the average bed.

And then there are the boozers.

Kamran was dozing in an aisle seat around 11 p.m. when a drunk, middle-aged scoundrel began loudly courting a young woman in the middle of the walkway. For Kamran, the solution was simple: “Please move your circus to the lounge car ten feet away.” This he proposed to the man in kinder words.

The snake was sober enough to understand and respond. “You’re trying to sleep?” He tilted a bit, then righted on his keel. “Well, then sleep.”

Kamran frowned and coolly asked again. The man now looked exasperated. He slumped and hunched and slurred to the woman, “Come on, let’s go. This Muslim wants us to leave.”

Now, I’m no fighter. My lanky frame is simply not built for it. I’ve never been in a fight, though I did long ago break my grandmother’s nose by jumping on it. Grandma, she explained, can’t rough-house like Dad could. She was being diplomatic. In reality, nobody can take a knee to the snout.

But the Muslim comment pushed the big, red nuke button in my brain. I lost my pacifist mind and began yelling and threatening, all the while Kamran remained composed. The drunk, realizing the Muslim wasn’t riding alone (part of me was impressed he guessed correctly that Kamran is in fact a Muslim), started stumbling away, while the woman, flustered, went in the opposite direction. As he careened away from our seats he chanted: “Muslim”¦Muslim”¦MUSLIM.”

I’m not certain what consequences a brawl would have brought, but I imagine the ejection from the train and into a small desert town would have been in order. And if I’ve learned anything from old Western movies, it’s that no sheriff ever takes too kindly to scofflaws.