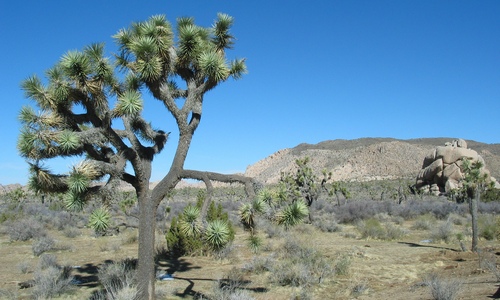 Be Advised: The U.S. Government Frowns Upon Spreading Thousands Of Golf Balls Around National Parks

Although a seemingly self-evident proposition, some of our fellow citizens seem to have missed this particular memo. Not just missed it, but missed it to the tune of 3,000 golf balls spread around California’s Joshua Tree National Park over the course of a year. The “national” part of that label means it’s under the jurisdiction of federal officers, a group of government employees not known for their mirth-infused approach to life:

We kind of feel bad for this guy. He’s obviously not all there, and there’s something almost quaint about someone trying to leave his own mark in the form of memorials to others. The fruits and vegetables he’s being cited for feeding to wildlife were, according to him, left on the side of the road for stranded hikers. So he’s kind of simple and we hope he gets the help and care he obviously needs.

Or we could be totally wrong and the guy just enjoys littering and destroying public property. That said, compare him to the New Age hippies who descended on Joshua Tree last week: “Stretch your hands out, feel the blue sky. Feel the sun energy dance with the moonlight within us. Feel ourselves, the universe of universes.”

Now you tell us who should be on trial.