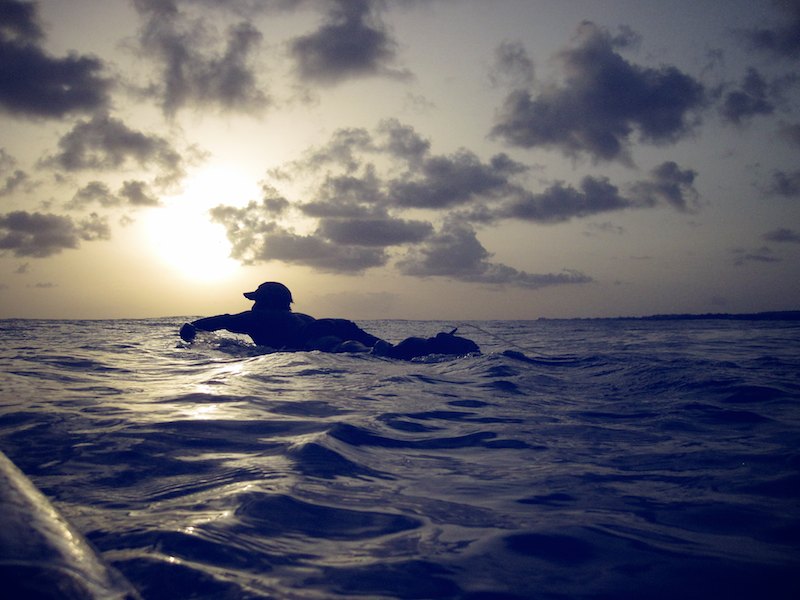 I was born and raised in the Caribbean. St. Croix, U.S. Virgin Islands to be exact. A little green gem of an island set in the vast turquoise waters of the Caribbean sea.

Sounds great, right? Well, it was…. But there was one problem. During those formative years, I woke up to almost the exact same tiny world, every single day: sunrise at 6:30am, sunny skies, temps around 85Âº, sunset at 6:30pm, and trade winds out of the East blowing through the night. No seasons. No fall foliage. No white Christmases. Nope. Just a never-ending string of perfectly idyllic days in the sun. Over and over and over again.

After years, even perfection gets a little boring, so to break up the exquisite monotony, I looked towards more adventurous pursuits to spice life up a bit. Here are a few ways you too can get more out of the West Indies on your next trip.

Surfing in the Caribbean © Patrick Bennett

Let’s start close to the familiar shore, but on a topic generally reserved for those a world away from the Caribbean: surfing. Yeah, yeah… When most people think surfing, they think of Hawaii and California, but if you’re most people, you’re missing out.

If you ask me, the Caribbean has some of the best breaks in the world. Unfortunately, just growing up surrounded by these awesome waves doesn’t automatically qualify me as a pro (in fact, I stink), so let’s hear from someone who should know:

I’ve been going for over 20 years, and I’d put Soup Bowl as one of the top three waves in the world.

Those are the words of Kelly Slater. The same pro surfer who’s been crowned a record 10 times as the Association of Surfing Professionals (ASP) Champion, including 5 consecutive titles from 1994—98. The guy is practically a god in the sport and where does he love to ride some sets: Soup Bowl, Barbados.

Pushed further into the Atlantic Ocean than any of its neighbors, Barbados is uniquely exposed to the best waves the Atlantic has to offer, but that’s only part of the story when it comes to surfing in the West Indies. The town of RincÃ³n on the west coast of Puerto Rico is also known for wondrous waves. Plus some islands, like the Dominican Republic host surfing charters from the likes of industry staple, Quicksilver.

I may not kick ass at surfing yet, but luckily great breaks can be found all over the Caribbean, all you have to do is look… And borrow a board.

Conventional wisdom would say the islands of the Caribbean are just too small for a real trekker to stretch their legs over a good two week, or longer hike. And for the most part, conventional wisdom would be right. In fact, the island I grew up on is so small that a marathon runner could run the entirety of its length. And it’s width? Only about a 10k afternoon stroll.

And while my island home may be the largest of the US Virgin Islands, it’s by no means the largest in the Caribbean. Of course, that distinction goes to Cuba measuring around 43,000 square miles. For comparison, that’s roughly the size of Pennsylvania. So, yes, there’s plenty of trekking to be done.

Some excellent itineraries take travelers and their walking sticks from Havana to the city of Trinidad (both UNESCO World Heritage Sites), down to the Sierra Maestra mountain range (yes, mountain ranges in the Caribbean) and finally through a rainforest with a mind-boggling variety of orchids.

Not to be outdone due to its diminutive size, this year Dominica, “The Nature Island”, opened the Waitukubuli National Trail through its own utterly unique landscape. This multi-week trek (the combination of 16 segments) winds through deep rainforest amidst the highest density of active volcanos in the world, past bubbling mud baths, around the last remaining Carib Indian villages and ends with a treat at the shores of the glittering Caribbean Sea. The perfect place to soak those weary feet. 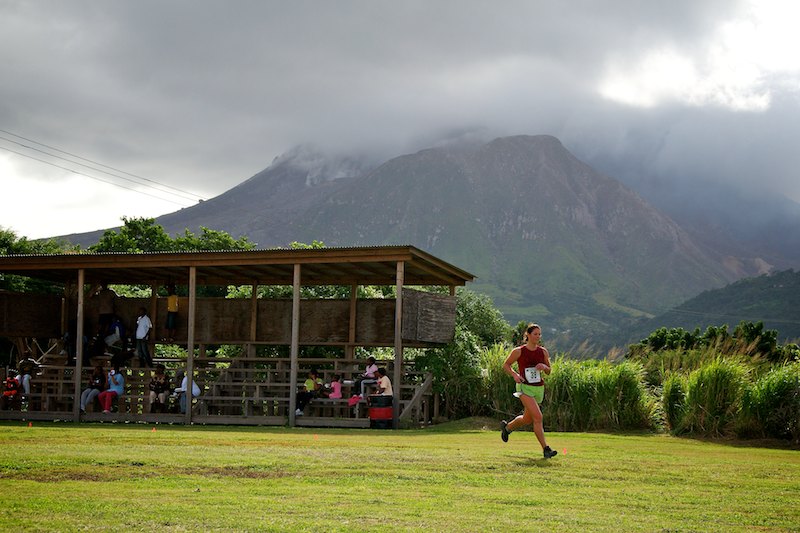 Racing in the Caribbean © Patrick Bennett

If you can brave 80Âº+ temperatures, Fall is marathon and half-marathon season in the eastern Caribbean. With races sometimes comprised of no more than 50 participants and cash awards for numerous age groups and levels, it’s quite doable for fit travelers to win cold, hard cash while island hopping.

Last year I signed up for what seemed like a truly insane race: the 2nd Annual Volcano Half-Marathon on Montserrat. I mean, it has “volcano” in the name. It was bound to be a great race, right?

Unfortunately, I had to bow out of at the last minute due to a knee injury. This grueling 13.1 mile course traverses 6000 feet in altitude changes … Oh, and true to the title, it runs with a very active volcano as a prominent, smoke belching backdrop.

Going underground may seem counter-intuitive to the myriad sun worshipers who yearly flock to the Caribbean. But what they’re missing is one of the largest cave systems on the planet on the easily accessible island of Puerto Rico: the Rio Camuy Caves. How big is it? Well, with over 10 miles, 220 caves and over a dozen entrances mapped, experts believe they’ve only scratched the surface… So to speak.

Out of the sprawling subterranean site, just a small portion is open to the public. Still, in this case “small” translates into a 268-acre park full of amazing caves, sinkholes and passageways. You can choose to hire a guided tour or go solo to reenact your own version of The Descent amidst gaping entrances and pitch-black, flooded passages.

Like Puerto Rico, many other Caribbean islands are also made of limestone, the secret ingredient for cave making. So no matter what island you find yourself on, there’s a good chance there’s a cavern or two worth exploring. Last year on St. Martin, a new friend of mind led me to La Grotte de Puits de Terres Basse, a small cave in the southern lowlands of the island literally overflowing with hundreds or winged rodents chiroptera.

It may not be for everyone (I can assure you, the smell of guano isn’t), but I guarantee it’s uncommon! 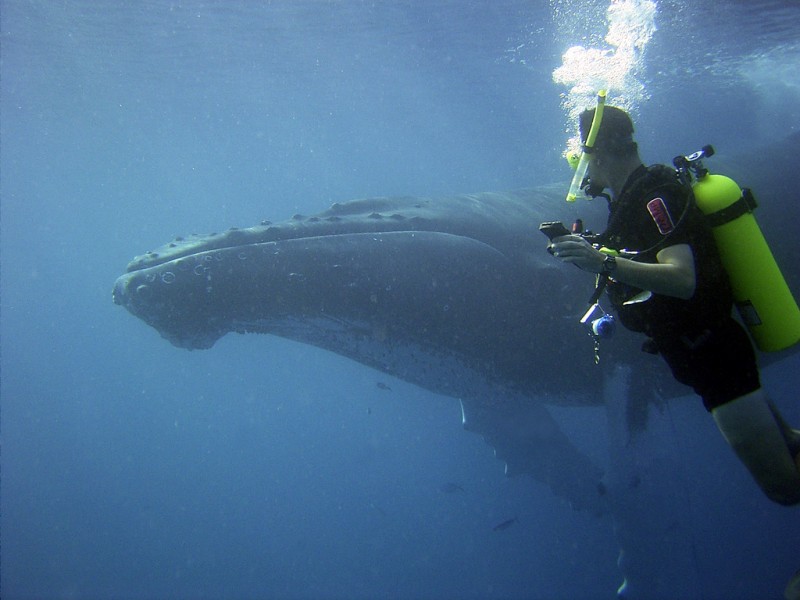 Between January and March each year, thousands of humpbacks migrate to the waters off Samana, Dominican Republic for many of the same reason tourists do ”” swimming, sunshine and, well, breeding. Thankfully, the government enforces strict whale protection laws and guidelines, ensuring it’s well worth the trip for both the whales and the travelers hoping to catch a glimpse of the mega-mammals. It can get fairly busy with all the amateur naturists crowding onto tiny boats in the bay, but it’s totally worth it.

Last year, my wife was lucky enough to make the trip and see these guys in the wild, but you don’t have to hit DR for sightings. On a recent sailing excursion through the Grenadines, we caught a brief peek at a pair of humpbacks while sailing in the open waters between islands. Nothing like this insane video, but it can be done.

Whale watching too tame for you? Trekking a snore? Then this one’s for you: the “Boogie in Belize, Jump into Paradise” skydiving extravaganza! Basically it involves plenty of sun, rum and hundreds of fearless men and women jumping out of small planes high above the pristine Caribbean Sea and the only country in Central America where English is the official language.

Perhaps the best part? Even if you’re not a skydiving pro, there are plenty of opportunities for making tandem jumps with experienced members of the skydiving team. You could actually return from your trip saying “my first skydiving experience was over the azure waters of the Caribbean!” (Provided you actually use words like “azure” in everyday conversation.) 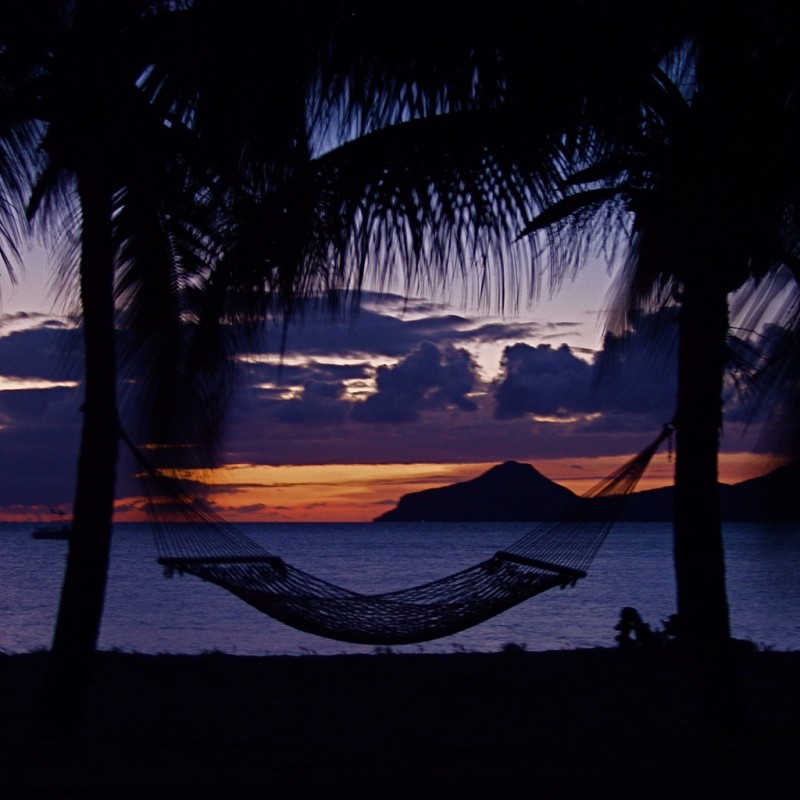 But What About Sitting On The Beach And Drinking Rum?

As I said before, there’s no shortage of perfect days in the Caribbean. Like a colorful, rum-soaked blur, they often bleed into each other so smoothly it’s hard to know when one perfect day ends and another begins … Unless, of course, you add a dash of adventure to the mix.

Nothing makes a perfect day among perfect days memorable like a little excitement. Trust me, enjoying your rum on a white sand beach afterwards will be that much sweeter.