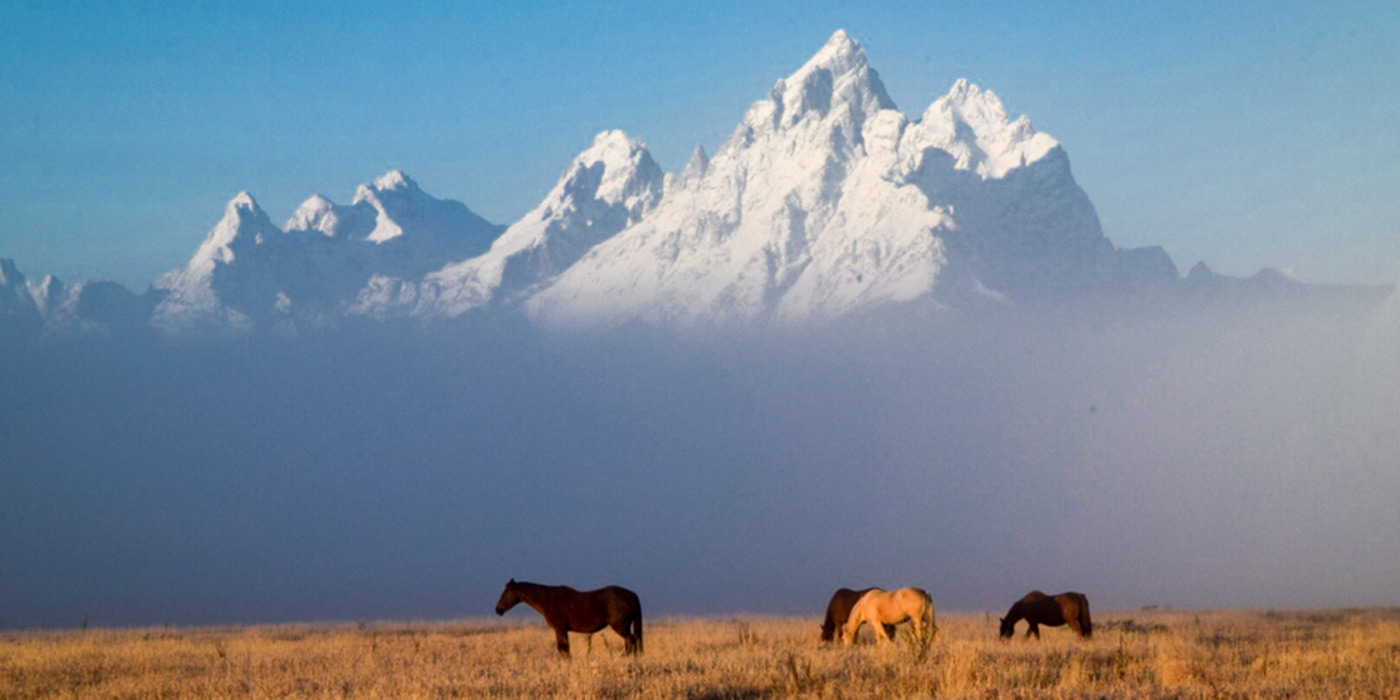 We watched mesmerized and shivering, just off the side of an empty two-lane road as three moose grazed lazily alongside a herd a hundred or so bison. Lateral ribbons of grey hovered above us, extending fingerlike and sparsely woven toward the horizon. The wind whipped, sharp; a terse reminder that our current, naive understanding of cold would soon change. This, after all, was Wyoming and it was October. Short of the wind and the occasional mischievous raven, the land was silent.

Two months earlier, where we stood in Grand Teton National Park, a thousand tourists at any given time, dusk ‘til dawn, gathered under the summer sun, not only to observe wildlife but to take in the famed Grand Teton Mountain range that to me, thanks to the ominous wintery death clouds, existed only in theory.

While it was a thrill to enjoy the park’s resident moose and thunderous herds of bison and elk in relative solitude given the offseason, the idea of leaving without an actual glimpse of the craggy pinnacles felt akin to going to a movie theater only to experience the popcorn … Or at least that is what I thought until I ventured into the upscale neighboring town of Jackson Hole.

Located minutes from Grand Teton National Park and a two-hour drive from Yellowstone, Jackson Hole is often and inaccurately considered simply a tourist-trap gateway town to the National Parks or an exclusive second home destination for the world’s wealthiest and most famous. With an eclectic culinary scene and thriving art galleries and museums, a culturally immersive stay in Jackson Hole will enrich any nature lover’s experience of the National Parks far beyond the observation of snowy peaks, waterfalls, and gurgling geysers.

At Gather Restaurant and Bar, located just off Jackson Hole Town Square, you will find one of the most inventive menus and dining experiences in Wyoming. Gather’s menu, unlike any other, is entirely influenced and designed around the tastes and preferences of the clientele. While it is always open to the public, Gather also features a private Chef’s Table. Booked more than two months in advance, this unique experience allows guests to experience Jackson Hole’s finest kitchen staff unhinged as they work to create a beautifully plated, locally sourced and spectacular meal.

While the chef’s table is where Gather shines, where Gather becomes truly unique and interactive, however, is at its Tuesday Tastings. Each Tuesday at 12pm, owner Graeme Swain joins a table of 12 individuals who are invited to taste three newly created dishes. Each dish is prepared from scratch and presented by the chef to the room family-style. Guests are given sheets to rate each dish based on presentation, creativity, flavor and value. After voting on each for each dish, as customers sip wine waiting for the next course, Swain leads a lively culinary-driven dialogue about why each dish worked and how each dish might be improved. Upon completion, the chef joins the table to discuss the dish’s critiques in what is an enormously fulfilling and insightful dining experience. The successes and failures of the Tuesday Tastings are what ultimately shape Gather’s ever–evolving menu making it one of Jackson Hole’s premiere dining spots. 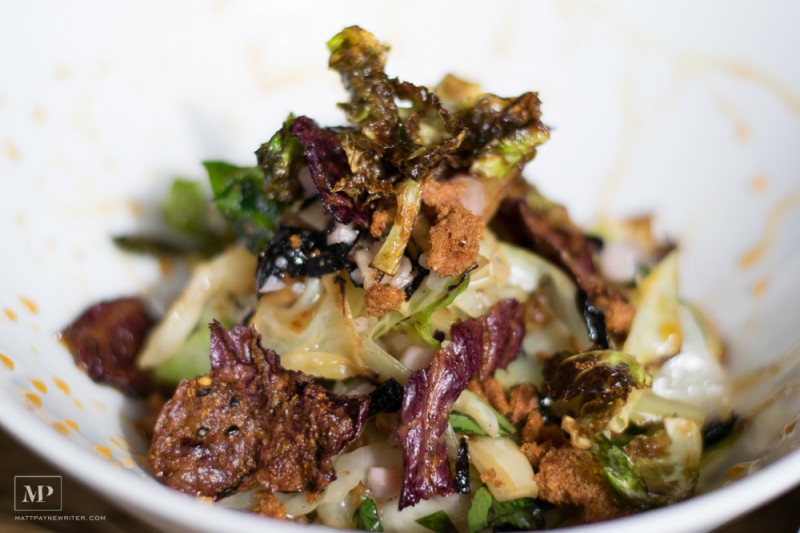 While Gather is the most unique, Jackson Hole’s downtown is booming with outstanding restaurant options. For other upscale trendy dining options, The Rose also features a strong regionally influenced menu and an outstanding chef’s table, this chef’s table is in the restaurant’s kitchen where guests watch the chef craft each course. The Kitchen is also not to be missed. For more casual dining, try Café Genevieve, Local, and Snake River Brewing are all outstanding options. For lighter fare and amazing coffee, Persephone with its baked goods and clean menu is hard to beat.

Jackson Hole’s culinary scene is indeed a lively one and is perfectly coupled with an ever-evolving arts community. Jackson Hole has long been a destination for artists of all kinds. The town square is lined with galleries from local and internationally known artists. Jackson Hole’s striking Public Art adds splashes of color and creativity to every turn through town from the information center to the library.

Jackson Hole’s creative hub is, without a doubt, the at The Center for the Arts. This 78,000 square foot campus houses 19 local, national and international artistic non-profits ranging from the visionary filmmakers of Jackson Hole Wild to theater and music groups to the public art office. The Center’s theater also regularly features intimate events and performances from international musical superstars like Ben Folds, readings from world-renowned authors like David Sedaris.

If the weather at Grand Teton National Park is keeping you from experiencing the great outdoors, one can experience said wilderness instead by way of The National Museum of Wildlife Art. This 50,000-square—foot building, designed after the Slains Castle in Scotland overlooks the National Elk Refuge and houses fourteen galleries with pieces from over five hundred artists.

The museum’s collection is centered on the big game wildlife paintings of German-born Carl Rungius and the entire collection features art from 2,500 B.C. to contemporary works from some of the world’s most famous artists. The subject matter ranges from explorer art to Romanticism; from realism to modernism. The Wildlife Art museum includes work from such artists as John James Audubon, Frederic Remington, Picasso, Rodin, Rembrandt, O’Keefe and Andy Warhol. The museum also includes a theater which regularly hosts documentary screenings and speaker series featuring explorers and adventurers from all over the world. A gift to see the natural world as seen through the eyes of the world’s greatest artists.

My last day in Jackson Hole, I set out once again into the park with Jackson Hole EcoTour Adventures, hoping to catch a glimpse of the Tetons. My guide picks me up from the Rusty Parrot Lodge just before sunrise and as we make our way into the park, there is still a low fog; this time blocking even any grazing wildlife from view. As we cut deeper into the park, though, slowly sunlight begins to cut through the fog. Slowly the mountains reveal themselves washed in a pink alpenglow. Again, moose, bison, horses and even a grizzly bear roam the foreground. Once again, we had the park to ourselves. It had grown colder since I had arrived. Winter was approaching. I think back to those ropey clouds and how they’d frustrated me my first day in Wyoming. I think about how I’d thought there was so little else to see and experience Jackson Hole… Full and inspired, I couldn’t help but think how badly I had been wrong.