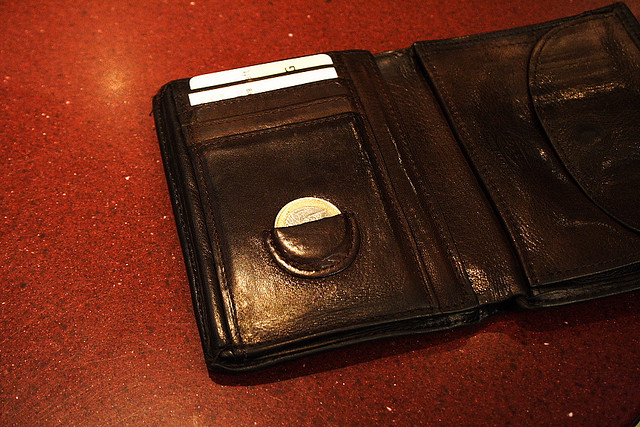 A friend of mine left the bar he had enjoyed a few drinks at to walk back to his hotel. It wasn’t late, but it was late enough. He wasn’t drunk, but he had certainly drunk enough. And he wasn’t in an unsafe area, but it was dodgy enough.

He had visited this town before, and had all the street sense of a seasoned city-dweller ”” even with a few drinks in him. So he had relatively little to worry about.

Alert and aware of his surroundings, he crossed the street and rounded a corner. Wham! Face to face he came with a group of big guys with even bigger scowls on their faces. The exchange of minced English and foreign words that took place was fast and furious. It all ended with my friend receiving a body-doubling punch in the stomach, and a not entirely cordial request for his money.

He reached into his pocket and reluctantly drew out his wallet. His perpetrator grabbed it, quickly opened it to reveal a few small bills and a few cards. He sneered at this paltry take and ran off with his friends, wallet in hand, before they could create too much of a ruckus and attract attention.