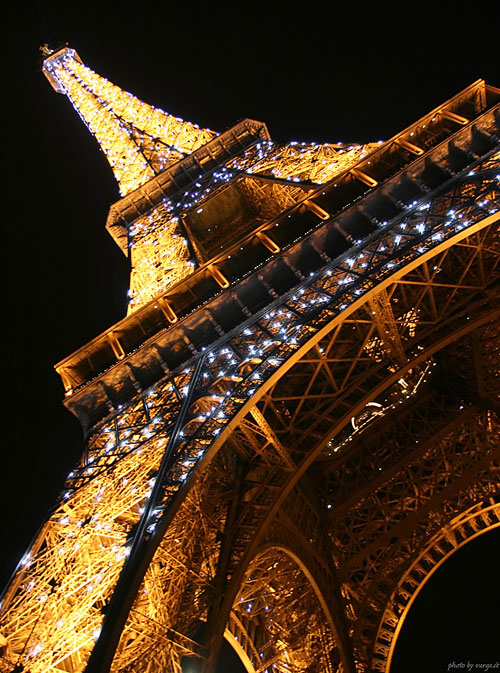 I have taken tens of thousands of photographs during my travels, but if you locked me in a room and asked me to describe them, there are probably only a couple of dozen that would spring to mind. They may not be the most technically perfect pictures or even the most interesting for other people, but they’re the photos that help make the memories of my travels that much more vivid.

One picture I’ll always remember was taken near the top of Mount Fuji in Japan. I’d been climbing the mountain half the night, I was exhausted and had lost the group I was traveling with, but sunrise was coming, so I sat down to look at the view back down the mountain and get my camera out. A group of excited, grey-haired Japanese men were in front of me, and as the sun crept above the clouds one of them repeatedly stood up, both hands in the air, yelling “Banzai!” as his friend near me took photographs of him. The picture I have of his silhouette and the other climbers beneath him brings back every muscle ache of my Fuji climb, as well as the exhilaration at being on top of Japan.

So how can you achieve a better ratio of travel photography success than two dozen out of ten thousand? Although the best way is practice, I’ve got a few tips for you as well.

Take an over-visited tourist icon like the Eiffel Tower. While some “real travelers” would tell you to stay away, I have a soft spot for the once-condemned radio tower, but it doesn’t involve taking distant pictures of it adorning the Paris skyline. My Eiffel Tower memories all came at unusual angles: photos of the intricate metal structure from inside the elevator, or pictures from underneath the legs looking up.

Making an effort to see things in a way others don’t not only gives you more memorable pictures, you’ll also get more out of your travels. Only be careful. I had a friend who was determined to take a photograph of a Moscow cathedral from the lowest angle possible. He lay on the ground in a deserted street, focused on the building, and nearly didn’t hear the traffic coming. Worst of all, it turned out to be a police car; luckily, they were friendly and just gave him a warning to be more careful with his picture taking in the future.

Some of my favorite pictures have been of local people doing local things. I got chatting with a family who ran a small cafe in a village near the Red Sea in Egypt, and their sons and I started taking giggly photographs of each other. Two men in Ventspils, Latvia chatted behind me about my digital camera, one man explaining the then new technology to his friend. I turned around and took a photo of the two of them and got a thrill when the second man called the idea of seeing their picture on the display screen “Splendid!”.

Don’t go snapping random photos of local people without asking their permission or speaking to them; that might only make them mad. And do respect local customs, especially cultures where people don’t like to have their photographs taken at all. Become familiar with the macro function on your camera. Learn how close you can get to objects and still take clear pictures. Then do it. Don’t feel you have to fit an entire cityscape into a frame; photograph the old door handle on the Cologne Cathedral, or an unusual wildflower next to Uluru in the Australian outback.

I’ve used these kinds of close up photographs as guessing games with my friends, as wallpaper on my computer’s desktop and even in a print-out to decorate cards or wrapping paper. And I can always think to myself: “That’s the wallpaper from the Monet room in the Hermitage” or “That’s the pattern on the bricks in that fantastic restaurant in Tunisia.” Call me quirky, but I think that’s neat.

If you want your photographs to become special memories, you shouldn’t rely on your own memory. Whenever I travel, I spend a few minutes at the end of each day reviewing the photos I’ve taken — thank god for digital cameras — and making notes about the where, what and who. At the beginning of your trip, you might be positive you’ll never forget that the attractive gondolier in Venice was named Bruno, but once you’ve met the handsome bar attendant in Rome and the sexy sommelier in Tuscany, your mind might start playing tricks on you.