3 Types of Ex-Pats You Meet On The Road

There’s a terrific thrill that comes from being in a new city for the very first time. Most of us ride this drunken elation for a few days, until the next journey comes or our vacation days run out.

But a few people – a percent of a percent – take that feeling as a call to action. They go native, become expatriates. And these are (usually) their stories.

I met a British girl once, Sara, who’d spent the entirety of her 20s leading tours from Mexico City down to Panama. A decade of living in rough towns and managing drunken tourists made her assertive. It taught her a competence that only extreme stress and loneliness can bring. She never stayed put long enough to become part of a local community and she’d been away from “home” too long to ever fit in there again.

In Antigua I made the acquaintance of my first triple-transplant: Tem. He was born in Norway and raised there his first few years, before his mother moved to Portland and took him with her. When Portland didn’t feel right, he absconded to Guatemala and found a free room and drinking money working in a hostel downtown. The man wore awkwardness like a trenchcoat in July. He tripped over his words and lacked the filter that keeps the rest of us from accruing restraining orders.

Neither of these lost-and-found souls ever told me what made them leave “home”. But I can make educated guesses. Sara longed for more independence and self-reliance than the first world could offer. So she left England for something dangerous, direct and dirty. Tem just wanted a place where he could be Tem without offending anyone, so he moved to a city where no one understood him well enough to care. 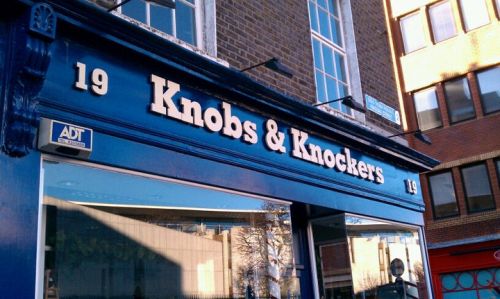 Some people strike it rich at a young age and take that windfall as an opportunity to live precisely the sort of life they’d like to.

I once met a British man named Saul in a lakeside Central American village. He owned a restaurant/hotel and catered to backpackers homesick for greasy food and cheap beer. He was married (with children) to a native woman. It was an odd relationship, as he didn’t speak perfect Spanish and she spoke no English at all. But Saul seemed happy, and his wife seemed happy that Saul planned to pay for their child’s tuition.

Two weeks into our stay at Saul’s hotel, someone swung a bolo filled with human feces over the wall and into his courtyard. The culprits, I later learned, were Saul’s step-children from his wife’s previous marriage. Their college tuition was not part of the deal, and they were furious with their “father” for sleeping around with several other local ladies.

Saul wasn’t the only expat with a wandering eye. His employee, an Irish fellow with a more modest fortune, was also married with children and fond of the odd extramarital shag. Neither man found one bit of what they were doing wrong. They’d married locals, but it wasn’t from any sort of desire to embrace the local culture or that particular woman. These men had failed to secure domestic bliss at home. So instead they’d settled for a shadow of it and bought cheap in a place where women would sell dignity to keep their children fed.

#3: The Guy Who Maybe Murdered Someone 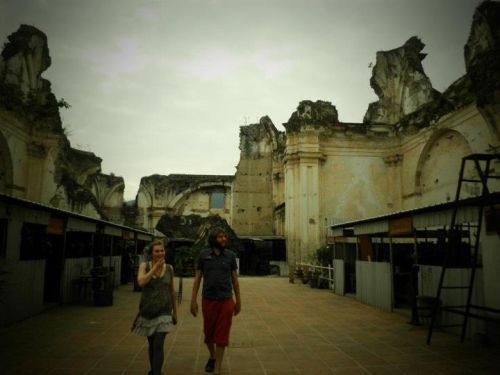 American cities are so chaotic and messy, it’s easy to forget just how ordered our country is. You can drive any stretch of road and never worry about bandit attacks or running afoul of the local militia. But there are parts of the world where the law’s arm isn’t long. These places quickly become populated with people who prefer it that way.

One such man was Lawrence, owner of the bar Eleven in a gritty little South American town. He was a tall fellow who twitched and sniffled constantly. He loved cocaine, while his wife was very much into the Codone pills you can buy in any pharmacy south of Texas. She was pregnant, and nursing a newborn baby.

Lawrence had been an Arizona State Highway Patrolman once. But he’d had to leave, for reasons left eerily undefined. He regularly alluded to owning a gun. I had no issue with this, but it was a peculiar thing for your bartender to bring up while selling you pot.

In addition to serving cheap beer and overpriced food, Lawrence was the town’s chief drug dealer. He offered weed, mushrooms, coke, Ex, tainted LSD – whatever your heart desired. Two local men ran errands for him, constantly darting in and out of Eleven with baggies of drugs and cash. Lawrence alternated between ranting about their incompetence and claiming they were “like children” to him.

I last saw Lawrence on November 11, 2011. He was throwing a party in honor of the happy coincidence between the date and his bar’s name. For $50, he offered “unlimited” beer and drugs until midnight. The place was already filled with tripping German boys, and the bar top was heavy with jars of mushrooms and pre-rolled joints. For the hour I was there, Lawrence alternated between telling us what to do if the town’s two cops showed up (“Stall them, while I toss everything in the lake!”) and dosing the attendees with his sleeping baby strapped to his chest.

Every now and then women bearing trays of nuts would come in, spot the drugs, and leave. I left myself, as soon as a motorcycle cop pulled up and started staring inside. I don’t know what became of Lawrence. He had money for bribes, so I suspect he’s still operating his bar and selling drugs to European kids a third of his age.