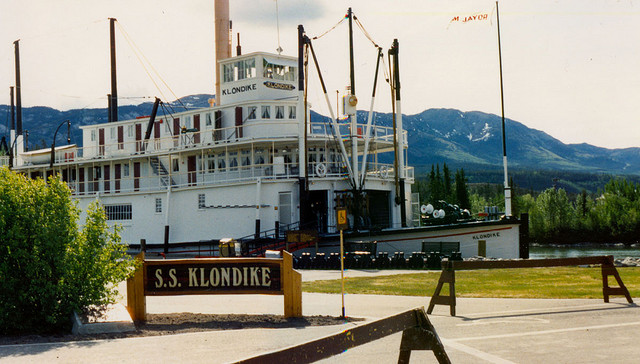 On my recent whirlwind tour to Western Canada, I stopped in British Columbia and ultimately in the Yukon. More specifically: Whitehorse. This pint-sized city of less than 23,000 inhabitants is a thriving metropolis compared to the rest of the territory.

Barely a century ago, it was a hub of the North American gold rush. These days, it’s a haven for outdoor-loving travelers. In short, you could spend a lifetime exploring up there and never run out of things to do. I hooked up with the good folks at Adventures.com who specialize in awesome Canadian adventure tours. Their Aurora Borealis trip to Whitehorse in particular is an ideal way to experience the area’s best outdoor offerings in just 48 hours.

Here are just five reasons to drop everything and visit Whitehorse right now: 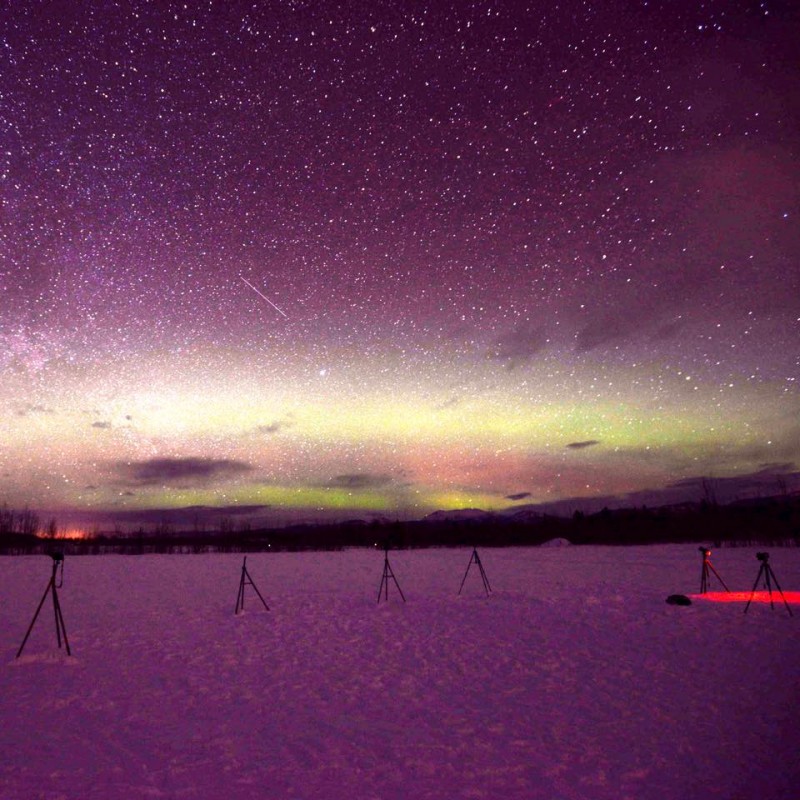 This one is somewhere near the top of almost every traveler’s bucket list. But unless you live above the Arctic Circle, there’s a good chance you’ll never witness the Northern Lights. You need to head north … far, far north.

The Yukon is one of Canada’s northernmost territories and a prime hub for aurora viewing. On my recent outing, I spent nearly eight hours watching the night sky outside Whitehorse, recording hundreds of photos. While it can take a bit of patience (as with many of the best outdoor endeavors), it can pay off big when the weather and atmospheric conditions are just right. 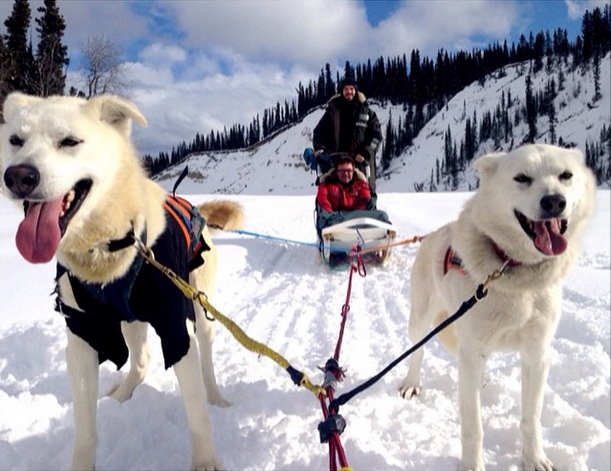 Sure, there are many places in the world where you can dogsled. But there’s something truly special about traversing a frozen river in the vast, pristine Yukon territory under nothing but canine power. With the knowledge that many, many First Nation people have done the same thing for many, many centuries before you.

It’s surprisingly easy to learn and even first-timers can start off straight away by guiding their own sled. Less adventurous types are welcome to plop down in the basket and just enjoy the ride.

#3: Witness the History of an Honest-to-goodness Gold Rush Town

Since at least 500BC, Whitehorse remained largely a vast open expanse of nothing. In 1896, prospectors Skookum Jim, Tagish Charlie, and George Washington Carmack found gold in the Klondike. While the discovery wasn’t made fully public for almost a year, the discovery indelibly changed the face of the Yukon.

Fast-forward to the spring of 1898 and the area’s booming gold rush had already peaked. The tramway of the nearby Chilkoot Pass was dropping freight and supplies to the town’s prospectors at a rate of nine tons per hour. The rise and fall came fast and the rush quickly faded in the ensuing years.

Today, many of the historical sites, artifacts, and legends still remain. A proper city tour is well worth the price of admission to hear an experienced local guide regale you with tales of those who got rich or died trying in the Yukon. 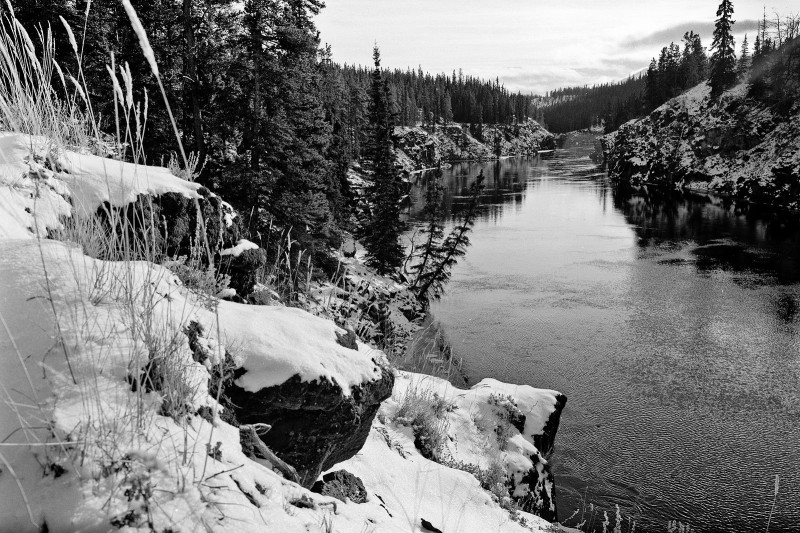 You can add Miles Canyon to that list. This 8.5-million-year-old geological formation is one of the most breathtakingly beautiful spots in the Yukon with an extensive network of trails. And it’s less than 30 minutes outside Whitehorse. While it might prove a bit too challenging for amateur hikers and snowshoers in winter, you’re almost guaranteed to have a bit of solitude. 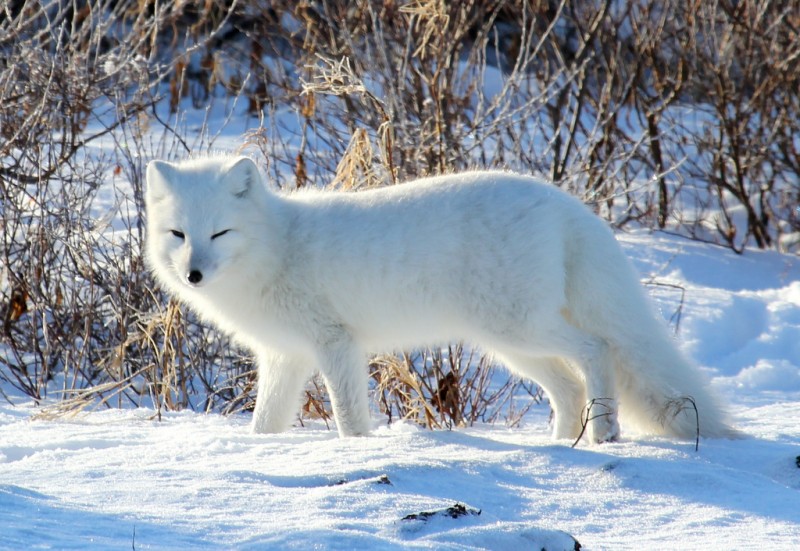 The Yukon territory is home to some of North America’s truly unique species. The Yukon Wildlife Preserve offers a unique opportunity to see many of the ones you don’t otherwise see while driving the Alaska Highway. The 700-acre property is home to 10 species of northern Canadian mammals and endless wildlife viewing and photo opportunities.

Year-round bus and walking tours are available. The former circles a 5-kilometer loop around the preserve in about 90 minutes with an accompanying English-language narration. The latter (and the more fun of the two tours) is self-guided and visitors have a choice between a 2.5- or 5-km loop hike with trail maps and an information packet to explain the preserve’s area, terrain, and wildlife.

Adventures.com can arrange all of the above excursions as part of, or separate from, their Aurora Viewing Trip to Whitehorse. Or check out their entire catalog for a long list of other amazing Canadian outdoor adventures!