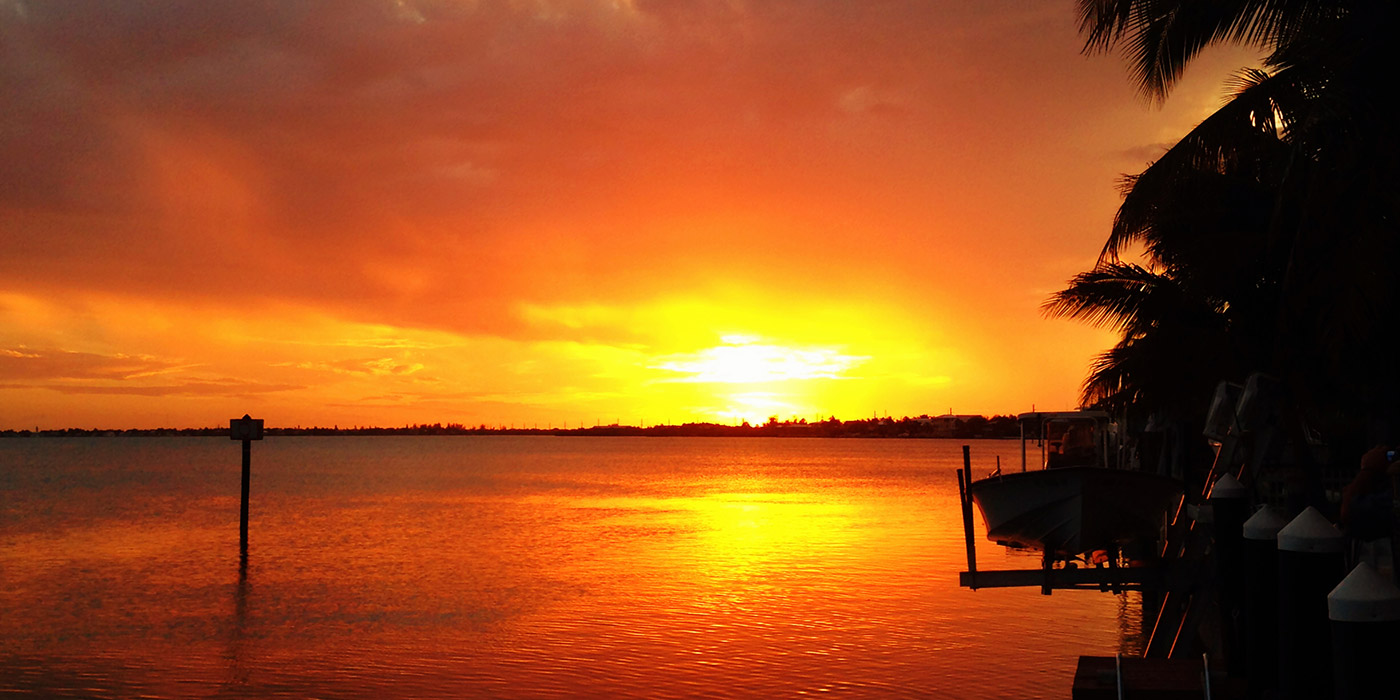 If you’ve ever made the epic drive to Key West, you fondly recall the breathtaking scenic drive through the length of the entire Florida Keys. It’s among the most stunning ocean road trips in the United States.

But there’s far more to The Keys than just margaritas and Jimmy Buffet songs (though I’m personally a big fan of both). Stop and smell the conch shells on your next drive along US 1 with these seven great things to see and do: 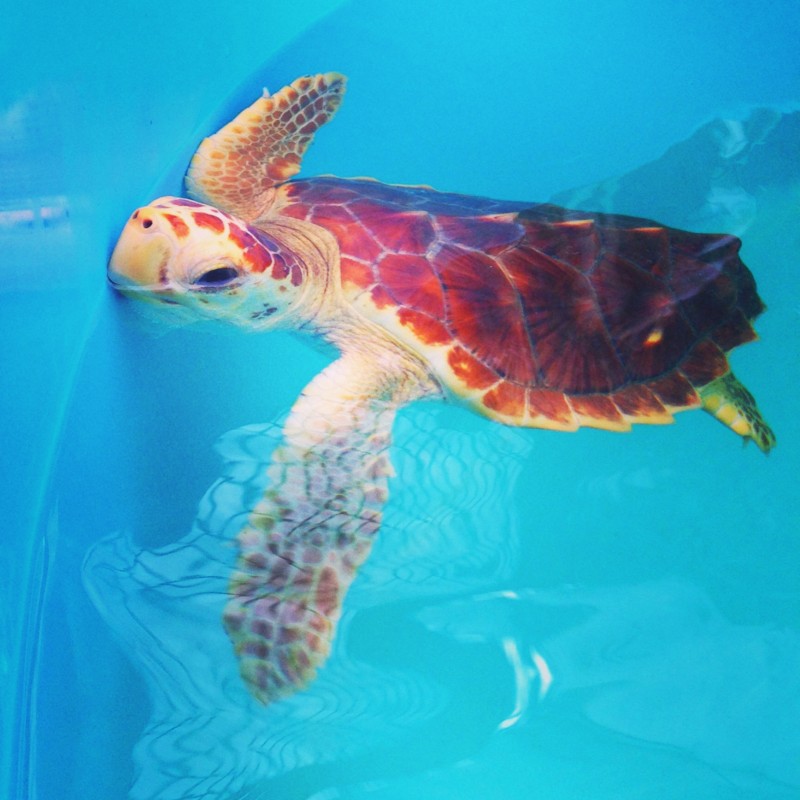 Founded in 1986, Marathon Turtle Hospital was among the first (if not the first) nonprofit turtle hospitals of its kind in the world. It’s largely funded by donations and visitor admission fees which include a fantastic, educational tour of the holding tanks and their state of the art hospital/surgery unit.

The facility routinely houses several of the indigenous species found in the Florida Keys, including Loggerheads, Hawsbill and Leatherbacks. The latter is perhaps the most fascinating as they can grow up to eight feet in length and weigh a staggering 2,000 pounds.

On the day we visited, 18-month old loggerhead Zippy (picture above) proved to be a rather feisty little critter. He loves to bite and nip at everything, including bubbles, water, other turtles and oftentimes nothing at all. Unlike many of the other turtles onsite, he was perfectly healthy but was simply being housed as an educational ambassador to visitors. 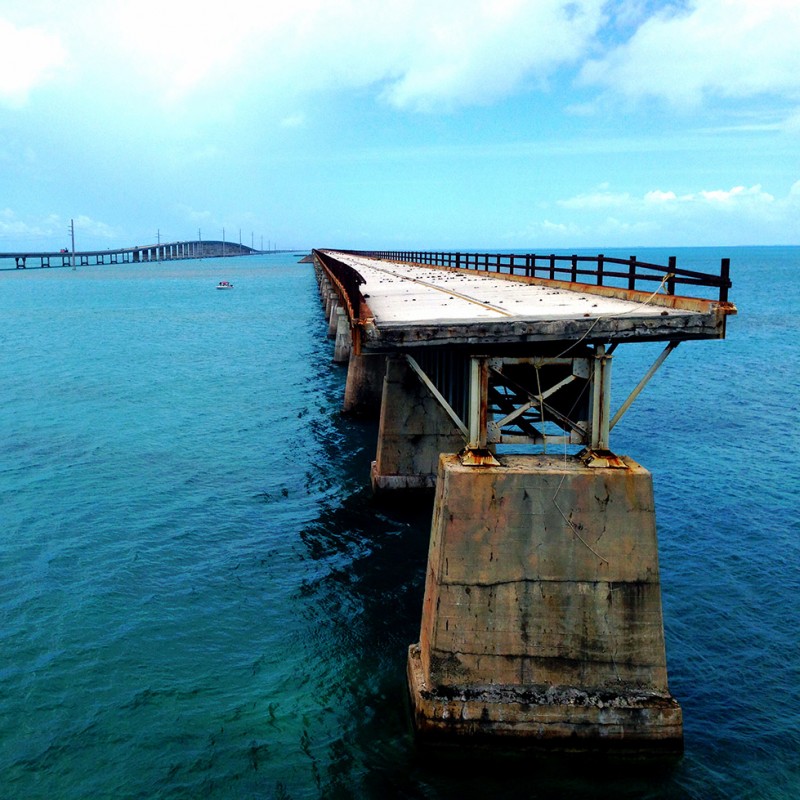 The Old Seven Mile Bridge (known locally as “Old 7”) was constructed more than a century ago by decree of railroad tycoon Henry Flagler. In 1938, the bridge was opened to automobile traffic and in 1982, the federal government built a new Seven Mile Bridge that now parallels the original. Old 7 was subsequently retired and is now open to fishing, walking and biking.

Grab a rental bike from Overseas Outfitters (near MM 48) and ride the length of the bridge to Pigeon Key. This tiny island is among the most historically significant in the Florida Keys. Tours are offered to guests (no reservations required) around the grounds and an onsite museum is dedicated to the original railroad workers. 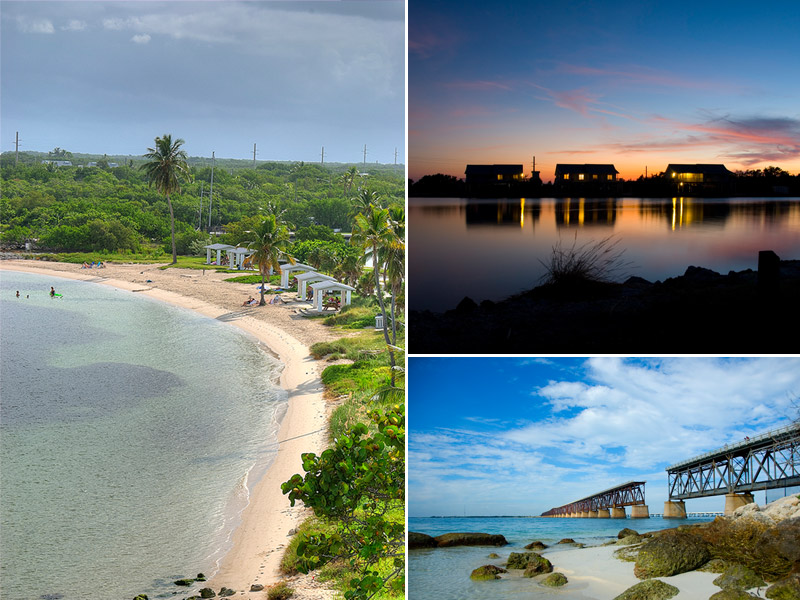 Bahia Honda State Park is routinely ranked as the most beautiful state park in the entire country. With good reason … did you see the pics above?!

Located at mile marker 37 in the Florida Keys, it offers some of the best snorkeling, beachcombing and swimming in the state. Virtually anything that can be done on water can be done here, including fishing, kayaking, hiking, scuba diving … the list goes on. Camping is offered to visitors by way of their own tent/RV or beach cabin rentals are available. I highly recommend making yours an overnight trip if possible! (Tip: book well in advance as reservations fill up extremely fast!) 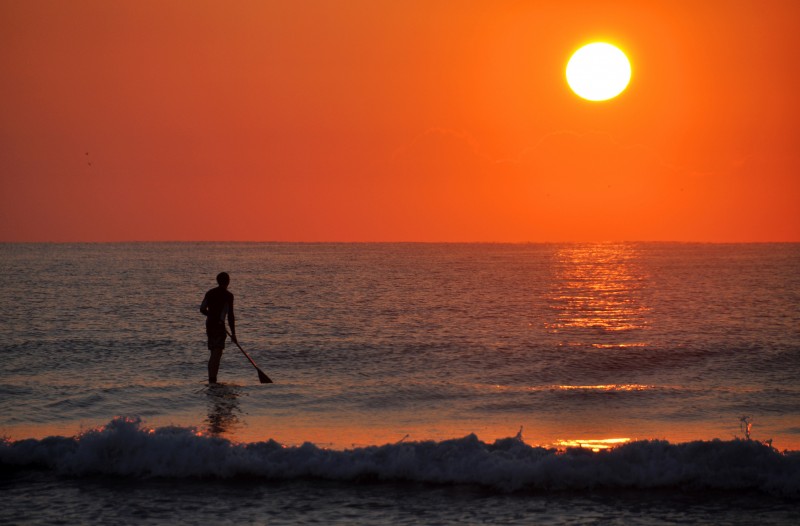 There are few watersports more relaxing than a leisurely paddle on a stand-up paddleboard. Local outfitter Otherside Boardsports in Islamorada is happy to provide rentals, lessons and a quick lay of the local land.

I highly recommend asking the OB crew about nearby Lorelei Cabana Bar & Restaurant (known locally as Islamorada’s unofficial “City Hall”) which offers an accessible beach where kayakers and SUP-ers can paddle right up to. They offer great happy hour specials and the stone crab chowder (seasonal) is among the best I’ve ever had. If you really love big, bold tastes, the fish dip is like a palette destroyer (in a good way). The capers, onions, and kingfish is a near-perfect flavor combo that will guarantee no kisses for you for the better part of a week. 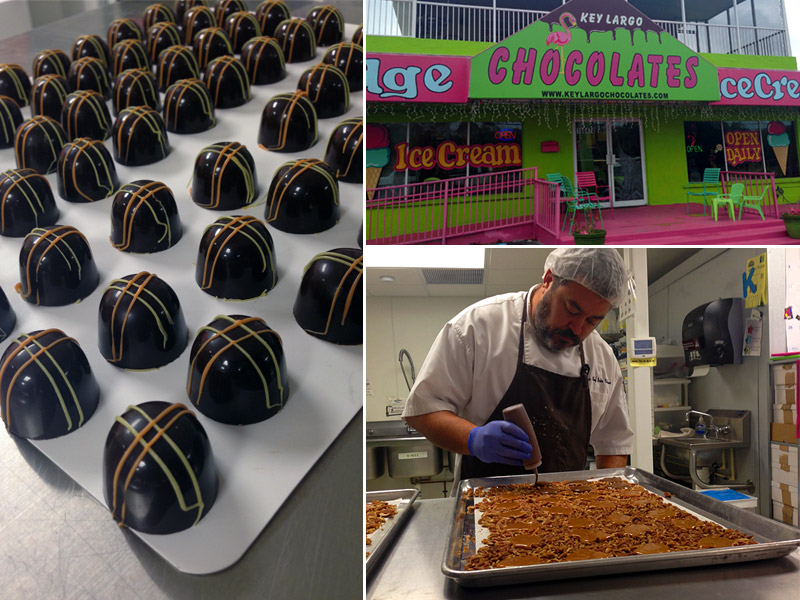 While you can find gourmet chocolates throughout the Keys, Key Largo Chocolates is the only chocolatier in the entire island chain offering freshly made truffles and more. The emporium features a variety of chocolate treats handmade from natural ingredients including the best chocolate from around the globe. Owners Kristie and Bob Thomas are well known for specialty chocolate bark with Key lime and pistachios, and “chocodiles” — 9­-inch long crocodiles made of white or dark chocolate.

There are two other must-try’s here. First is the key lime chocolate covered potato chips (yes, really). The sea salt + chocolate hits all the pleasure centers of the mouth. Also check out the sandbar, made with crushed potato chips, caramel, salt, and presumably lots of love. And in case that weren’t enough, they also sell ice cream.

Even by Florida Keys standards, Robbie’s is difficult to describe. It’s first and foremost a marina that’s grown to encompass an eclectic, ragtag collection of artists, photographers, souvenirs shops, a restaurant and more, making it an essential stop for any tourist driving through the Florida Keys. Let’s try this:

The big draw hands down is feeding their giant tarpons (noted around the 1-minute mark in the above video). For a few dollars, pick up a bucket of bait fish at the marina and head to the end of the docks. You can then hand-feed their cadre of giant tarpon. The massive fish are ridiculously fast and adept at snatching the fish from tourist’s hands in the blink of an eye. It’s equal parts fun and terrifying! 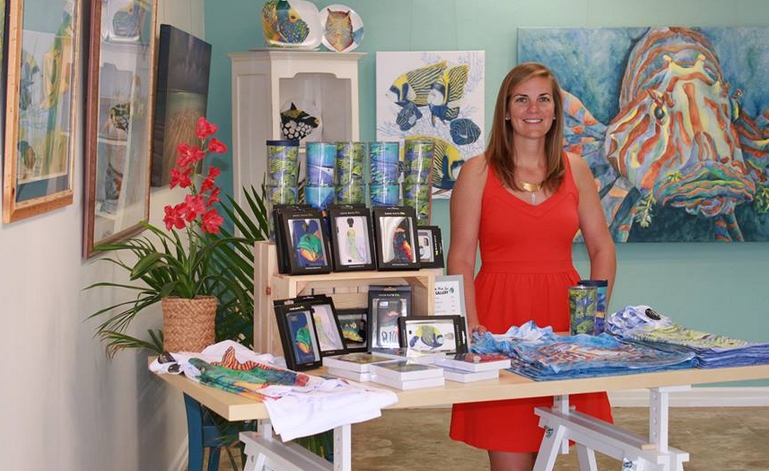 When you think of modern art, the Florida Keys may not immediately spring to mind, but the area is a magnet for creative types from around the state. Within the past few years, Islamorada has launched their Third Thursday Art Walk which fills the Old Highway with a nighttime street party, complete with food, drinks, live music and, of course, plenty of local artists.

Be sure to check out Michelle Nicole Lowe’s gallery for a variety of beautiful, modern works that depict the local marine life in stunningly vivid color. Her shop offers original paintings, prints and gifts including clothing items, stylized smartphone cases and more.

For boatloads of other great things to see and do, check out the official website for the Florida Keys & Key West!