Machu Picchu is like the quarterback of Peru. Essential, appreciated, but always hogging the attention, winning the awards, and getting its face on the posters. You want its autograph, but so does everyone else. One million other people, according to Peru’s National Chamber of Tourism which estimates the number of Machu Picchu visitors will actually exceed one million by the end of 2011, a 30% increase from 2010.

I’m not saying Machu Picchu isn’t a touchdown destination (because it is) but if you’re looking to leave the gringo trail and test out the rest of the team, Peru has plenty of other first string attractions. Here are 5 other awesome ancient ruins in Peru and how to get there. Game on! 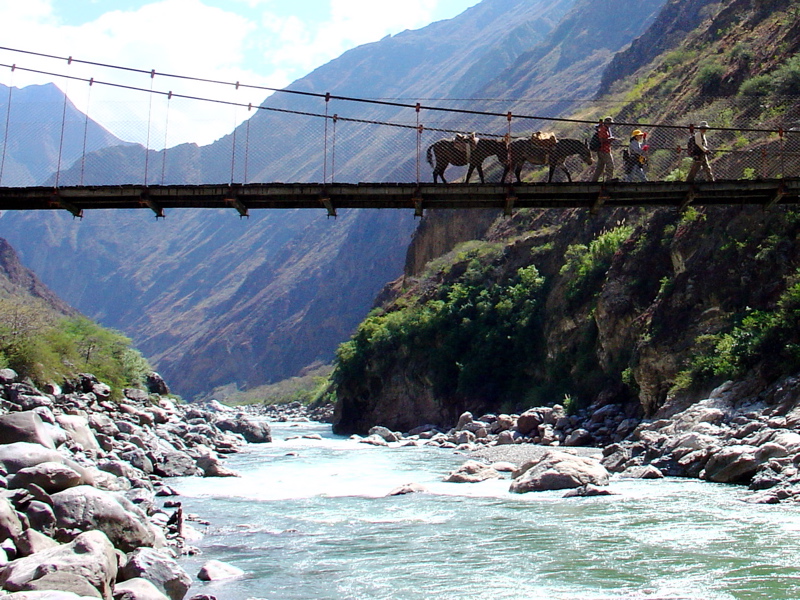 Long considered Machu Picchu’s northern rival, Kuelap competes with Machu Picchu in size, but not technique. The 40-foot high walls circling the fortress lack Incan finesse, but experts claim the entire complex contains three times the amount of stone used to build the Great Pyramid of Giza in Egypt. So, it is rather immense.

Often hidden by cloud forest mist, Kuelap stretches 360 feet long, 2,000 feet wide, and contains 400 round buildings. Little is known about the Chachapoya people who built this site sometime between 900 and 1100 AD other than they were mighty warriors who finally succumbed to Incan aggression around 1470.

Its impressive size, lush jungle vegetation, and stunning mountaintop vistas make Kuelap a good place to get away from it all. But you should visit soon. In late 2011, Peru’s Minister of Foreign Trade and Tourism announced he plans to launch Kuelap as Peru’s “second Machu Picchu.” Expect tourism numbers here to increase in upcoming years.

This is the hard part. Kuelap is accessed from Chachapoyas, a main town surrounded by cloud forest and isolated by imposing mountains. A bumpy and windy 11-hour bus ride from Chiclayo will get you there, although roads sometimes wash out during the rainy season. Expect to spend at least 24 hours on a bus if you’re coming from Lima. There are several small towns near Kuelap, but from Chachapoyas the ruins are an additional 3 hours by road.

#2: Ollantaytambo: A Sacred Valley Stop Off

You may be able to avoid Machu Picchu, but if you’re looking for ancient ruins, skipping the Sacred Valley would be too great a sacrifice. This fertile region surrounding Cuzco, the capital city of the ancient Inca Empire, is scattered with ruins””and typically tourists as well.

To avoid the masses, spend a night in the valley and be sure to wake up early before the buses of day trippers arrive. The best place to do this is the tiny town of Ollantaytambo. Surrounded by steep terraces and two hillsides dotted with ruins, the town of Ollantaytambo has been continuously occupied since the 13th century, and still has several original streets and stones. By dawn and dusk, tourists are almost non-existent.

The main ruin complex was the site of a major Spanish defeat, and can be viewed best from the Pinkuylluna mountain across the way. This mountain has several Inca storehouse, is free to visit, and great for sunrises and sunsets.

The cheapest way to get to Ollantaytambo is by bus. It is about two and a half hours from Cuzco, and 30 minutes from the town of Urubamba. Locals can point you in the right direction. Alternatively, you can take the train from Cuzco.

#3: Marcahuamachuco: The Place No One Knows About

If you’re looking for Marcahuamachuco in your guidebook, don’t get your hopes up. Peru is filled with thousands of ruin sites, most completely overlooked by the international and local market. Marcahuamachuco is one of them.

Covering more than a mile of high plateau, this ruin site is full of distinctive double-walled circular structures and a large castle-like building. Though experts say Marcahuamachuco was northern Peru’s most important political, economic, and military center, built sometime between 400 and 800 AD, today locals live among the ruins and let their livestock graze inside the complex.

To save this site from further plundering and deterioration, the Global Heritage Fund, an international conservancy for endangered cultural heritage sites, has taken these ruins under its wing with the goals of restoration, preservation, and sustainable tourism.

You’ll be hard pressed to find a guide, but if you have a willing taxi driver or your own vehicle, you can drive here from the city of Trujillo, about 3 and a half hours away. To get to Trujillo from Lima, you can take an 8-hour bus ride or hop on a short domestic flight.

Ever wonder how some massive temples and ancient cities manage to remain undiscovered for thousands of years? A trip to the outskirts of Trujillo will enlighten you. This desert region seems empty to the untrained eye, but is actually full of ancient ruins, worn down by sand and time.

The Huaca del Sol and Huaca de la Luna, built by the Moche culture around 500 AD, are testament that not everything that looks like a dusty mountain actually is a dusty mountain. Huaca del Sol is the largest pre-Columbian adobe structure in the Americas, but has not been excavated. It sits next to Huaca de la Luna, where excavations have revealed stunning layers of intricate wall carvings still covered in brilliant natural colors of reds, yellows, and blues.

On the other side of Trujillo sits Chan Chan, the largest adobe city in the world. Though this Chimu city consists of nine sectors, only one has been fully renovated. The contrast between sector types shows the serious wear and tear time and desert sands have had on these ancient structures.

Both sites are easily toured from Trujillo. Take a short taxi ride or catch a bus from the center. You can take a tour from the city, or simply hire a guide on site (the latter is the cheaper, and in my opinion better, option). 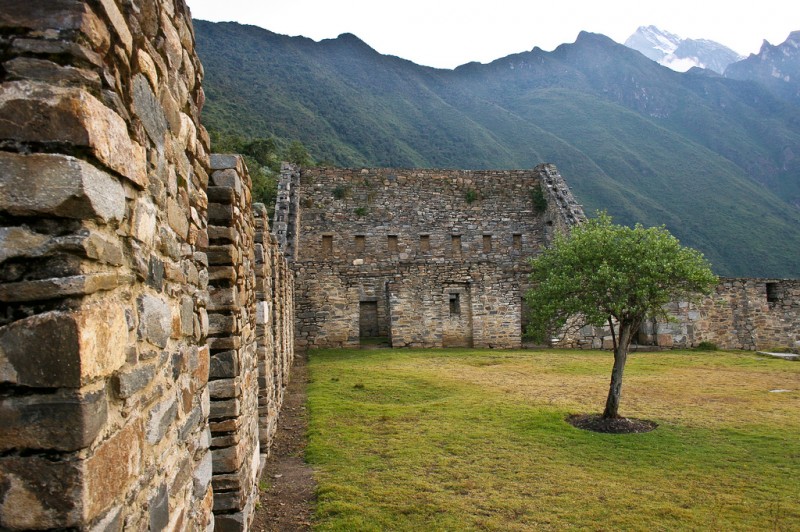 Choquequirao is the closest thing you can get to Machu Picchu without actually going to the citadel itself. Another pinnacle of Incan architecture, Choquequirao follows roughly the same size and format of its sister city. Only about 30% of Choquequirao has been uncovered, leaving much still to the imagination.

The site is built into a mountain 5,740 feet above sea level. It looks down upon three valleys and the glacier-fed Apurimac River, and is surrounded by snow-covered peaks. In 2005 the Llamayoc section was uncovered and archeologists found 27 stone llamas incorporated into the stone terraces.

To get here, you need to work for it. Choquequirao is currently only accessible by a 4-day roundtrip trek, which is quickly becoming an alternative to the Inca Trail. If you’re going with a group, you’ll depart from Cuzco and begin trekking from the town of San Pedro Cachora.