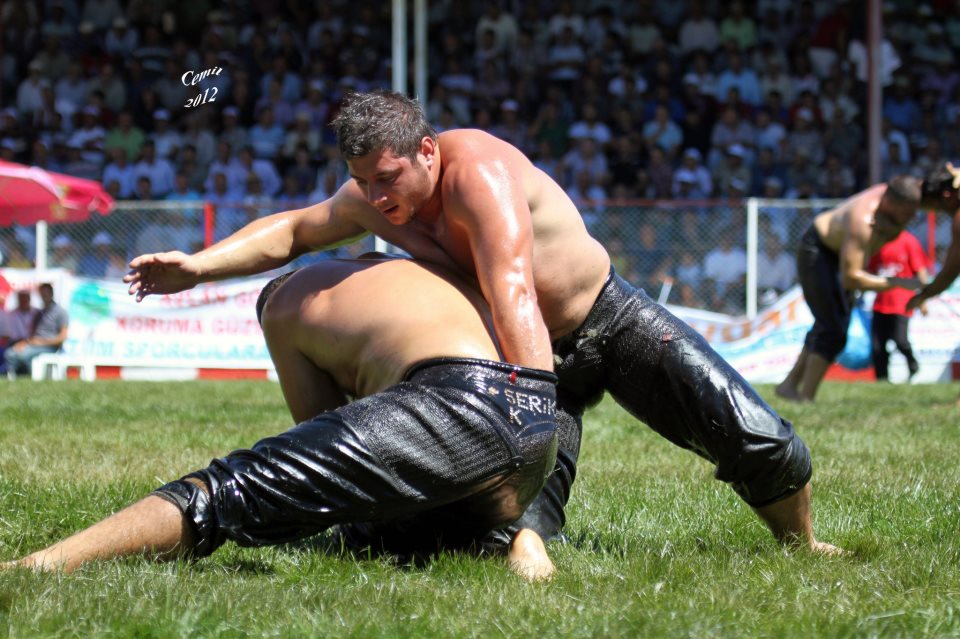 It turns out that while men in America may love women who wrestle in Jello, the people of Turkey are huge fans of men who wrestle doused in olive oil.

How to Win at Turkish Oil Wrestling © oilwrestlers.tumblr.com

The wrestlers who are lucky enough (ahem) to participate in the Turkish national sport cover themselves in oil as per tradition before sparring with another athlete. The jocks wear special pants made of either water buffalo hide or the more posh and modern version: calf skin. These pants are called a kisbet and one wins a match by putting their arm though the other’s kisbet. (Ahem again).

Originally, there was no set length to oil wrestling matches, so the tussles were known to go on sometimes for days at a time.