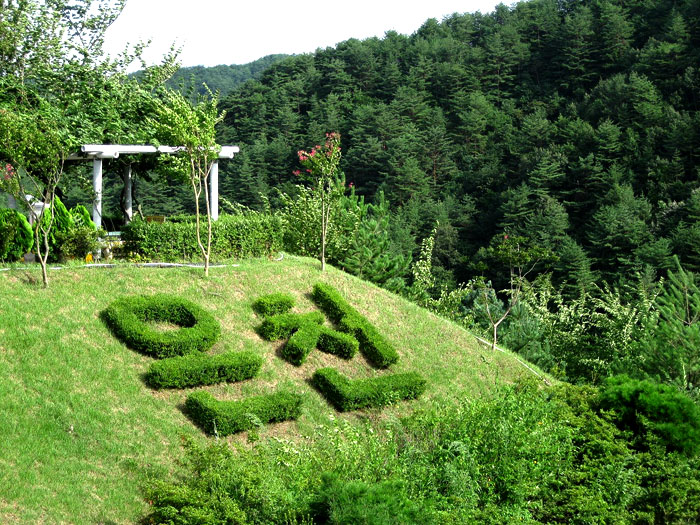 Countryside Culture: 5 Reasons Why You Should Leave the City Behind

There’s a sharp divide between city-dwelling folk and those making up the (by and large) shrinking population in rural areas. My first trip to the second largest city in Korea, Busan, was a bit of an eye opener. When the bus first dropped me off, I saw it as the complete antithesis of Seoul: abundant green, no sign of high-rises, and not much of a crowd. The deception is in the topography: Busan, with almost four million people, is comprised of districts, almost all separated by mountains and bodies of water. And with the subway reaching to the outskirts in Nopo-dong, I knew I wasn’t in Kansas anymore.

Yet I shy away from the bigger cities when deciding where to live abroad. I’m as much a fan of being constantly on the move, but when given a choice I establish a base of operations in the countryside and work my way out on the weekends and holidays. Why choose such a remote area, like my current town on the east coast? It’s true, there aren’t as many expats in the area, nor does it contain hot spots for shopping and nightlife. After experiencing major metropolitan areas in different countries ”¦ well, they’re one and the same to me. Concrete jungles filled with Starbucks, skyscrapers, and people doing the walk of shame Sunday mornings.

This is all to say that the countryside is where I find the most benefits as a foreign resident: In bigger cities abroad, it’s a safe bet those in the hospitality business and even some cashiers, waiters, and salespeople will know enough English to cater to tourists. This is a crutch that I would never have the willpower to throw away; why bother to learn Korean when the man at 7-11 in Busan is able to greet and thank me in my own language? Granted, once my language skills eventually improve and I frequent the same places, the attendants might recognize my attempts to speak Korean and ease off the English.

The first step, for me, is being uncomfortable. Not fitting in. You might think you’re being polite by saying “thank you” (in English) to the Korean cashier if you haven’t learned ê°ì‚¬í•©ë‹ˆë‹¤ yet, but you might as well be shouting gibberish across a crowded room. Being polite is not speaking your own language to someone who doesn’t speak it, and you’re not teaching them anything in the process. All you’re doing is making what should be an uneventful transaction slightly less comfortable by making yourself stand out. Learn pronunciation, intonation, context. Watch native speakers as they perform actions you expect to do: saying thank you, hailing a cab, negotiating in an outdoor market.

To that end, I prefer life in small towns for building my language skills. With fewer foreigners around (but there are ALWAYS a few English teachers), and more locals less likely to speak English, that crutch won’t be available to you. You’ll have a simple choice to make: learn the language quickly or stand out like a sore thumb.

All those options drive me completely insane. Let’s say it’s a Friday night, and I’m in a big city abroad. Well, lucky me; there are so many things to do. I could attend a going away party for a fellow English teacher. I could try to pick up a local girl with my not-so-developed language skills. I could wander the streets, spotting new places I might want to check out in the light of day. Even if I were to make a well-thought out decision, I’d be aware of every choice I didn’t make. And that would make me feel worse in the long run. It’s like choosing between 23 different kinds of paper towels – do you honestly think one of them isn’t going to soak up water properly? But which should you choose?

In a small town like Uljin (ìš¸ì§„), I can take the time to know every single store. There’s not a lot going on, so when a festival does happen, it’s the talk of the town. Sometimes just having one option is beneficial; knowing there’s only one hot springs in my area, I don’t have to “shop around”. I can devote my time and energy to enjoying what is available.

That’s right. In this regard I am especially selfish. I hate being ogled by random people on the street, being the performer who is expected to shout “HELLO” in response to little kids. But I also love it. Without realizing it, living in Japan slowly provided me with a very inflated ego. Over time, you just forget you weren’t the tallest most well-known person in your hometown. You forget that an unusual number of women don’t want to be with you simply because you have white skin and you breathe air. Living in Asia, especially in the countryside, is like being a minor celebrity. And, at times, I eat that up. I hadn’t been in Korea for two weeks before hearing someone say he thought I was a movie star. No, just an English teacher, but thank you!

This goes hand-in-hand with fewer options. With fewer stores, fewer restaurants, and fewer services available, you tend to save more of your salary. Not to mention the greater likelihood of a bigger, better apartment than those found in a major city, and at a deep discount.

In addition, I just appreciate the small-town culture. Being recognized as one of the residents. Shopping in local outdoor markets. Establishing my reputation as “the runner”. In Seoul, I could be invisible if I so choose. In Uljin … it would take a conscious effort to slip under the radar.

Truly “Off The Beaten Path”

Some travelers claim they’re always looking for ways to get “off the beaten path”. Well, guess what? Working in a small town is an excellent way to discover the sights and insider travel tips over time. In fact, the more obscure location (for me), the more impressive it sounds to your average tourist:

“So, where did you live in Thailand?”

“Thai Mueang, in the south.”

“Thai Mueang? Never heard of it.”

“I’m not surprised, it’s pretty small. But there’s an excellent beach – far better than any you’d find on Phuket. And it’s just a short bike ride from a great waterfall. Did I tell you about …” By placing yourself in an area unknown even to locals, you’re not only ensuring a unique travel experience, but – if you’re a travel writer – yourself as one of the few sources of information. Naturally, with the Internet and bloggers this isn’t quite as true as it used to be. But there are still places worth going that locals and tourists alike just feel aren’t worth the trouble. How fortunate that they may be a few kilometers’ from your doorstep.