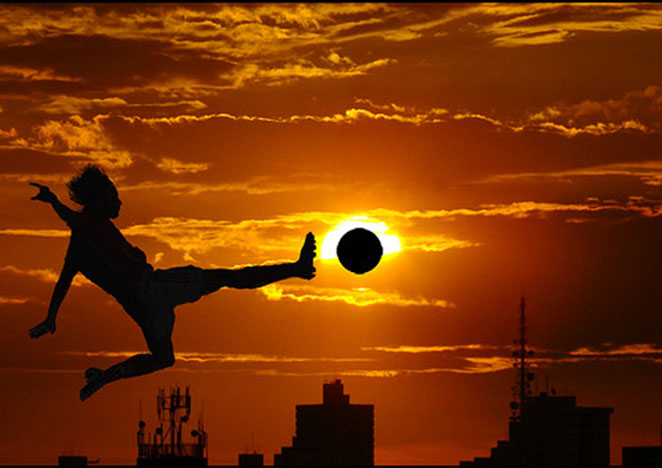 7 Reasons to Fit in With the Locals When Traveling Abroad

“There’s something about the word “local” when it comes to traveling. As if it changes from simply meaning “resident” or “pertaining to a place” and becomes the magic key to truly experiencing a destination in a way that no other traveler has.”

With this astute observation, travel writer Michelle Schustermann strikes at the heart of a travel phenomenon that has attracted more and more interest over the past few years.

“Going local,” as Schustermann notes, carries a kind of magical aura and has even sparked an entire business sector, fueled by iPhone apps, such as “Spotted by Locals,” or websites like Localyte, an online community which “connects travelers with locals for insider travel advice and unique services.”

Add to that numerous tour operators that pride themselves on local knowledge, such as Be a Local in Rio de Janeiro or the B.A. Free Tour offered in Buenos Aires.

Given all this hype about “going local,” here are seven reasons why you too might want to find ways to blend in when traveling abroad.

#1: You’re Less Likely to Get Ripped Off If your clothes scream “ostentatious tourist,” you are likely to be treated like one. When you hop in the taxi, the driver knows you’re unfamiliar with the area and will take the long way round. In some areas, there are even official prices for locals and for tourists. Alex Moran, who used to lead tours of wealthy Westerners and travel professionals into dirt poor, remote, ethnic Laos villages, tells me that:

In Sanya, China, formerly a peaceful fishing village that is now a major vacation destination for wealthy Russians (and now Chinese), every shop and restaurant asks for triple the local price””because they have had lots of experience overcharging foreigners. Most restaurants have three different menus””Chinese, English, and Russian””and each has a different level of pricing.

#2: You’re Less Likely to be Robbed Worse than being overcharged, carrying an expensive camera, valuable jewelry and speaking in English are all things that make you more vulnerable to crime and theft. Although nowadays you can be mugged anywhere, there is an increased risk if you are traveling to poor areas. Be discrete. If you don’t speak the local language at least speak quietly. And if you have to carry that $1000 DSLR you can even consider wrapping it in duct tape.

#3: You’ll Be Treated with More Respect

If you make an effort to fit in, such as by trying to speak the local language, locals will recognize (and often appreciate) it. In a recent interview, I was asked how important it is for a travel writer to be multilingual. My response: regardless of whether you’re writing or “just” traveling, speaking the local language is crucial.

Especially in Spain, Italy and Latin America, people didn’t expect me — a blonde girl — to speak the local language. Men in particular will say something like “Mira la rubia allÃ­,” or look at the blonde girl there, and spout off about the way I look.

If you can call people out on their inappropriate comments, they are likely to treat you with more respect. As long as you approach them nicely, you may even end up laughing about it and making a new friend. Everybody knows Notre Dame. But what about that little local church that doesn’t immediately catch everyone’s eye? It could have some fascinating stained glass windows and amazing historical relics in it, too. However, if you never dare to enter, you will never know.

Ask the locals where they go, and better yet, perhaps they will even take you. It might not be “number 1” listed in your Lonely Planet, but it’s sure to be an adventure that fewer people can talk about when they return home. Finding the McDonald’s in town is easy. But if you’re already in Namibia, why not try the local specialty: ants? Or snails in France?

Whether you’re vegetarian or not, you don’t have to go as far as eating exotic animals. Opting for the panaché de verduras – a mix of blanched vegetables drizzled with olive oil in Spain – counts too. How to uncover what the local specialty is? Stray off the beaten path and wander around town. When you sit down at a decent restaurant, ask the waiter what they would choose. In Argentina, it’s Truco. In Spain, it’s Mus. In Bavaria, it’s Schafkopf. To learn any of these, you’ll need a local to teach you.

If you’re hanging at a hostel, try the receptionist (assuming he or she is actually from the area; nowadays there’s a lot of foreign backpackers doing these jobs). Or go to the park. Sometimes, you will even find a group of guys dealing cards at a restaurant to finish off a Friday afternoon. It may take a little time searching around, but give it a shot.

Whether it’s an international sport that you already know or a new version that you have yet to discover doesn’t really matter. The fact that you are running along with the locals will teach you about their culture.

Soccer in Spain, for example, brings more people together than any other event, just as in America more people vote for American Idol than for the election. While I’m not advocating for you to discard any kind of intellectual, political or socioeconomic pursuits, dedicating a little time to sports can help you unite with the people around you.